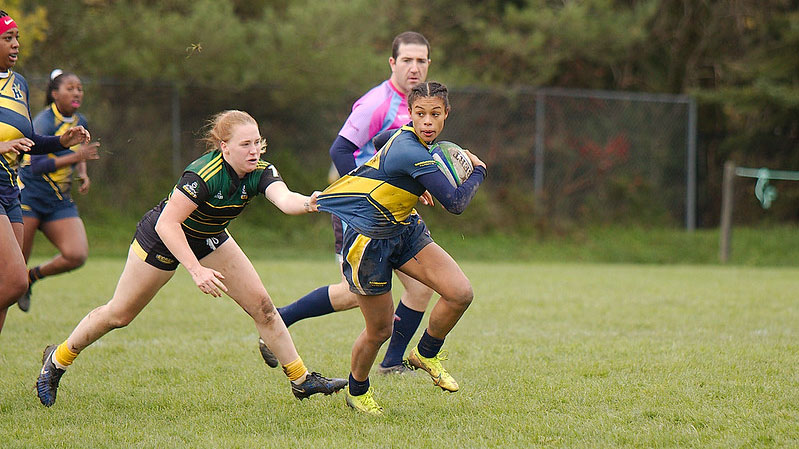 Hawks rugby sevens player Daniella Grant was not surprised to hear how well Humber did in winning so many OCAA Awards. She views athletics at Humber to be a tight family.

“I’m so grateful that I chose Humber when I was in high school, whether it be playing myself or watching the other teams play, just all of the support from all the teens within athletics is so amazing,” Grant said. “And you might not experience that at another college, but at Humber we are all a family.”

The Humber Hawks cleaned up at the OCAA Awards as a college having recipients in every sport it participated in. The biggest award recipients were Grant and baseball player Dennis Dei Baning, who both won Player of the Year in their respective sports along with softball player Alexis Ferreira who was named an All-Star as she helped the Hawks to an OCAA bronze medal. 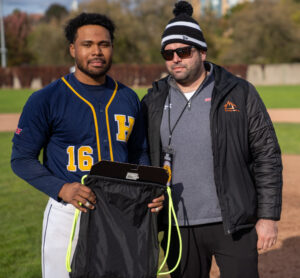 Grant has played her heart out over her time with the Hawks and finally had her hard work validated when hearing she had won her big award.

Her farewell season saw her become only the second Hawk — Christina Branch in 2019 — to win the rugby sevens Player of the Year award in the school’s history.

“I was speechless,” she said. “I couldn’t believe it.

“As a Humber player we always have a target on our back. And sometimes we have to work twice as hard as the other teams. To be recognized by not just my coaches, but the other coaches in the league, it feels amazing,” Grant said.

Dei Baning, like Grant, played his final year with Humber and made an impact putting up historic numbers also winning the sport’s highest honour.

“I broke down a little when I got home, I worked so hard for this and it’s just heartwarming to see an accomplishment like that,” Dei Baning told Et Cetera earlier this month.

“It’s a huge deal that I can look back on for the rest of my life,” he said. 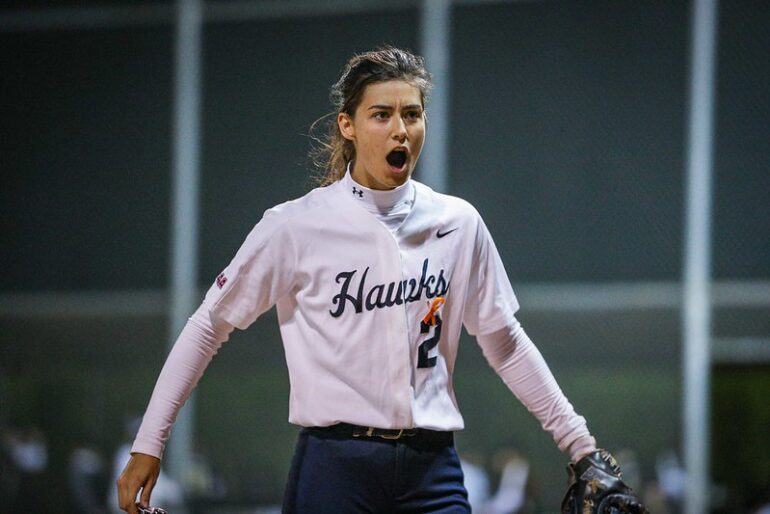 Ferriera smashed the ball like Dei Baning, as she helped the Hawks to an OCAA bronze medal and received the honour of being named an OCAA Women’s Softball All-Star. She credits her team for her accomplishments and cherishes the way she found out that she had been named an All-Star.

“I was actually in an interview and my phone started blowing up from the team’s softball group chat. So, after the interview I go on it and I see a bunch of pictures and screenshots and incoherent texts that you can’t make out of everyone just freaking out,” Ferriera said.

“It was probably the best way I could’ve found out because I found out from my team and that genuinely means more to me then I could ever explain,” she said.

Other notable Humber athletes to win OCAA Awards were golfer Ryan McAskill who was named to the OCAA Men’s All-Ontario Golf Team.