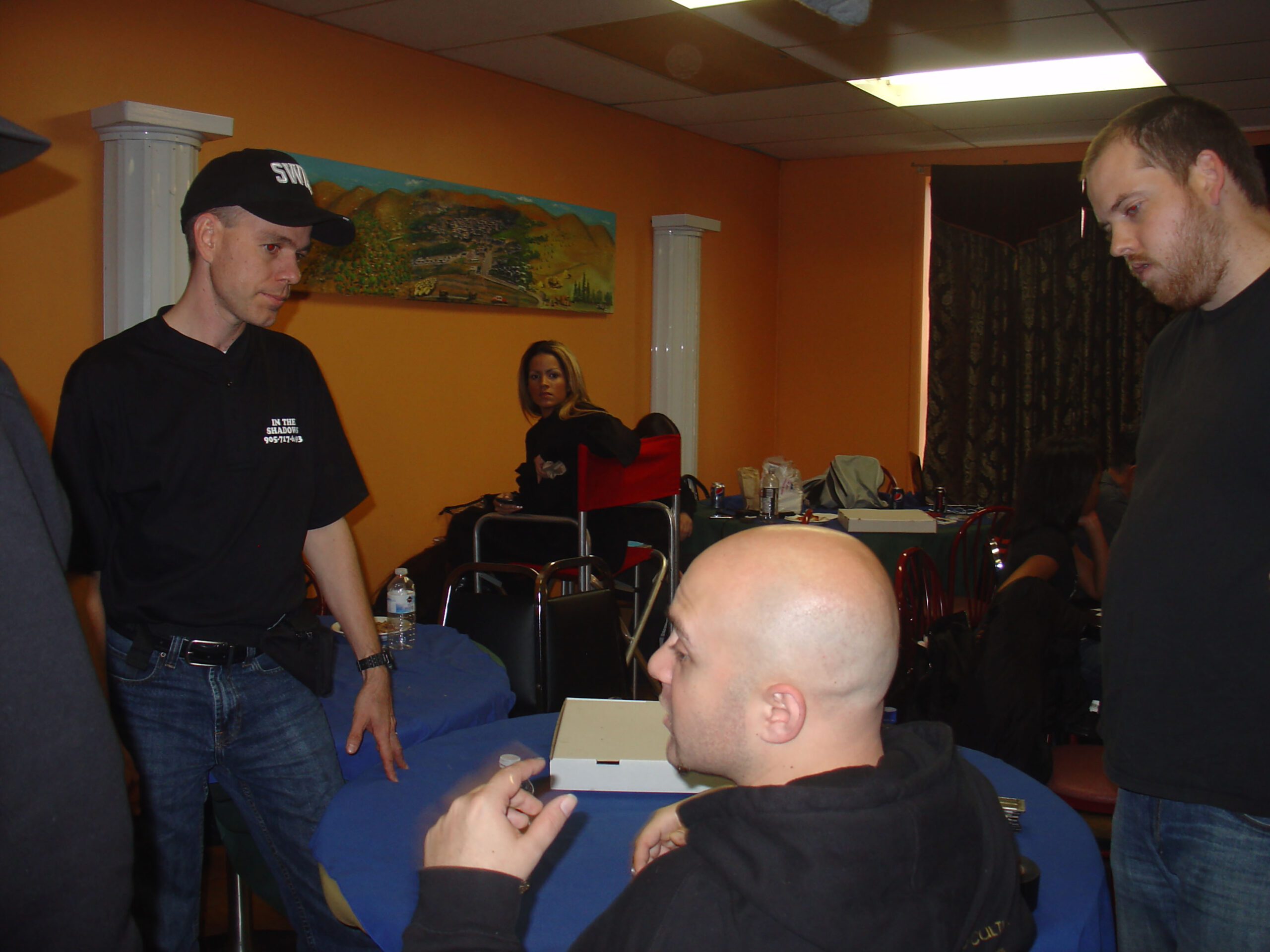 A-list actor Alec Baldwin was unaware the gun was loaded. He watched, horrified, as he pulled the trigger that killed 42-year-old Halyna Hutchins on the set of Rust and who now leaves behind a husband and son.

With so many people on set, many wonder how something like this could happen.

Canadian filmmaker and actor Mark Pettit knows first-hand how fast things can move on set. In hectic 12-to-16-hour days, or longer, there is very little room for error.

“It’s very evident that there’s a lot of people that don’t understand the risks and the hazards that are around them,” Pettit said. “And we put trust in the professionals that that work on set with us.”

Pettit said people tend to live in their own bubbles, and it’s worse when shooting on location. People get wrapped up in their own heads in such a fast-moving environment and the sense of reality and focus on safety can be overlooked.

“If they’re getting yelled at to bring something into set really quickly, and they’re by the camera cart, they could take two steps onto a live road thinking, you know, that traffic is fully aware that we’re shooting here,” he said.

But amid the chaos of a set, there are safety precautions required when a gun is used. A certified gun wrangler (armourer) must always be present. Guns are checked, proofed, and everyone using a weapon is put through vigorous training.

Steve White, a veteran gun wrangler of 30 years, said participants are “told how each weapon works. They walk through the safety protocols, where the safeties are, how to fire.

“You never aim at a person, you never aim towards a camera,” White said. “And there should never be a time where the gun is left unattended.”

In Canada, live rounds are prohibited on set, but White said injury from a blank round can still be very serious.

“If you took that gun and you put it to your head, and you pull the trigger, even though there’s no projectile, the inertia and gases would blow a chunk of your skull in your brain,” he said.

But safety isn’t always the top priority with budgets and schedules at stake.

“I’ve been on set where I’ve had producers and directors tell me to do the most ridiculous things,” White said. “And I’m like, that’s not happening.

“They’re like, this is my movie. And I’m like, these are my props,” he said. “I signal my crew to pack everything up, we’re leaving.”

“If you’re not gonna give us a space to make sure we could do this properly, then we’re just gonna leave,” Howard said. “Because that’s how seriously we take the safety of everything.”

Guideline 39 for Film and Television production outlines precautions while firearms are used on set in Ontario. But legislation can only do so much, even if everyone on set is certified. Safety takes precedence over everything because while on screen, people have multiple lives, but it’s a make believe world that doesn’t apply to real life.