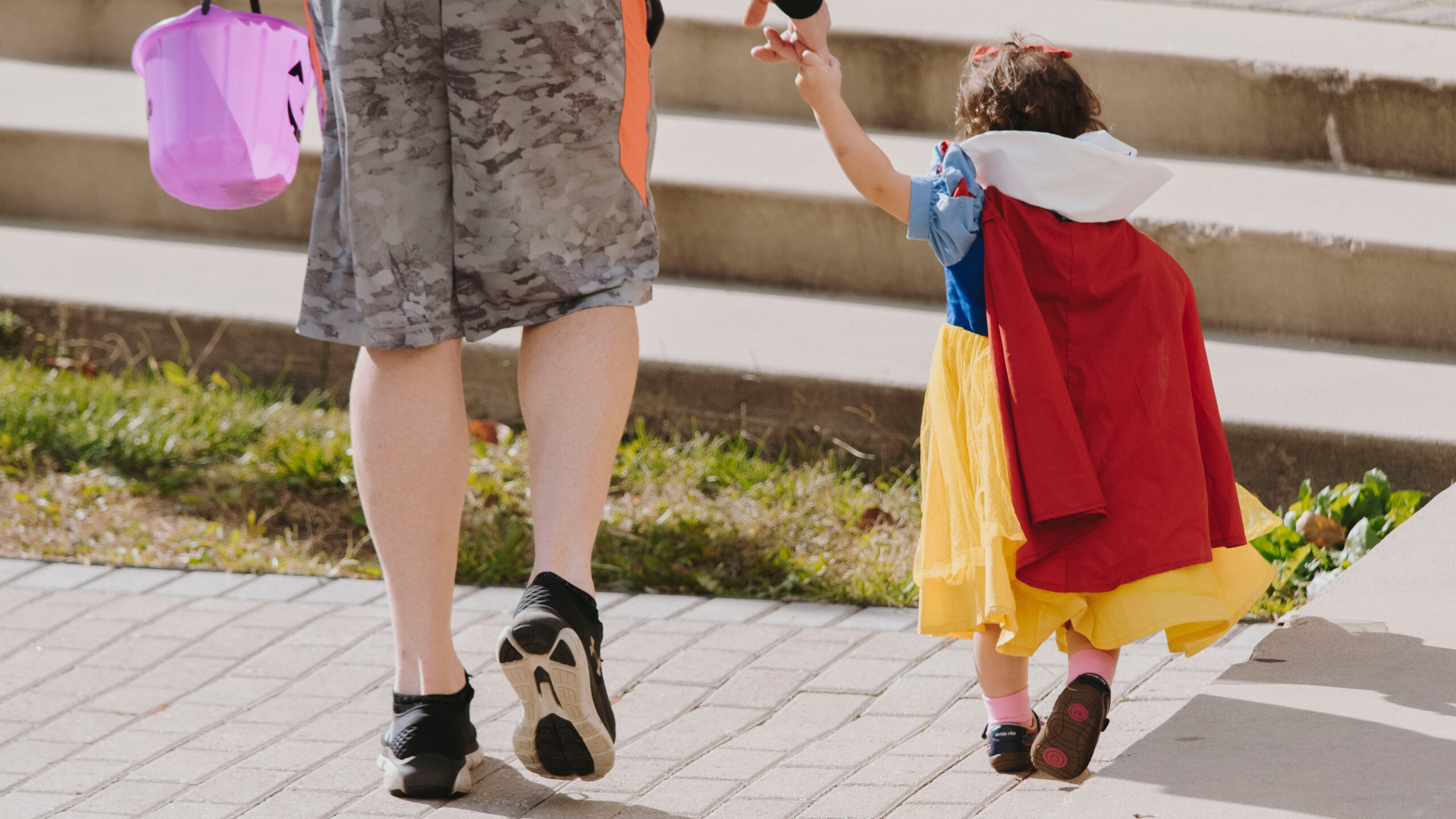 It was my first Halloween abroad in 2018. I remember it was a very cold fall day when we already started to wear winter clothes. There wasn’t any snow yet, but I felt the frost in the air while it rained.

I was troubled with choosing the character I wanted to be for that evening. Being a simple ghost or witch was too childish for me at 17.

I had so many ideas and most likely just one chance. Halloween trick-or-treating for kids is not common in Eastern European countries.

Halloween portraited in popular American Halloween franchises or teen tv-shows is a dream during childhood. Most people never get to do it.

And those who moved to Canada or the U.S. are usually too shy to go from house to house demanding treats.

But I went trick-or-treating anyway.

Just a week before Halloween, I rewatched the 1961 movie “Breakfast at Tiffany’s” by Blake Edwards and it was my inspiration. Audrey Hepburn, who was cast as Holly Golightly, was always an example of an elegant lady for me.

So I chose Holly to be my Halloween costume.

I had nearly everything in my wardrobe for being Holly Golightly: a small black dress, black gloves, pearls and a big jewelry hairpin.

I needed just to find one of those long cigarette holders common in that era to complete my look. I doubted I would find it in a couple of hours, so I just made something that looks like that from the paper.

Getting the courage to go house-to-house was not that hard. We have a similar thing in Ukraine for Christmas. But Christmas is a working season for Ukrainian kids because we get paid for singing Christmas carols.

Wandering from one house to another singing a song can get you between 10 to 50 hryvnias (from 50 cents to C$2). If you go to the homes of relatives, you can earn 100 or more hryvnias (from C$5).

The salary rises when you go with a group. But we earn the most when playing in Vertep — a theatrical portable Christmas stage where a large group of people participate.

This Halloween walking tradition is talking hold in Ukraine and it may be implemented there and other countries as a younger generation grows up. We already have Halloween-themed parties in school, restaurants and around cities in Ukraine.

And I doubt people living in Ukraine will never hear of Halloween in their lives. But in my opinion, the issue of it not becoming as popular as in Canada is a religious question.

Although the meaning of the holiday is the day of all saints, it is practised as a day where you get into a spooky costume and scare each other.

Religiously, it is hard for Ukrainian Orthodox leadership and followers to approve of Halloween.

As I spend more time in Canada I find myself being indifferent to Halloween, as a lot of other my friends. Decorating houses and taking kids trick-or-treating is something that sounds cool, but doesn’t seem to be worth that much attention.