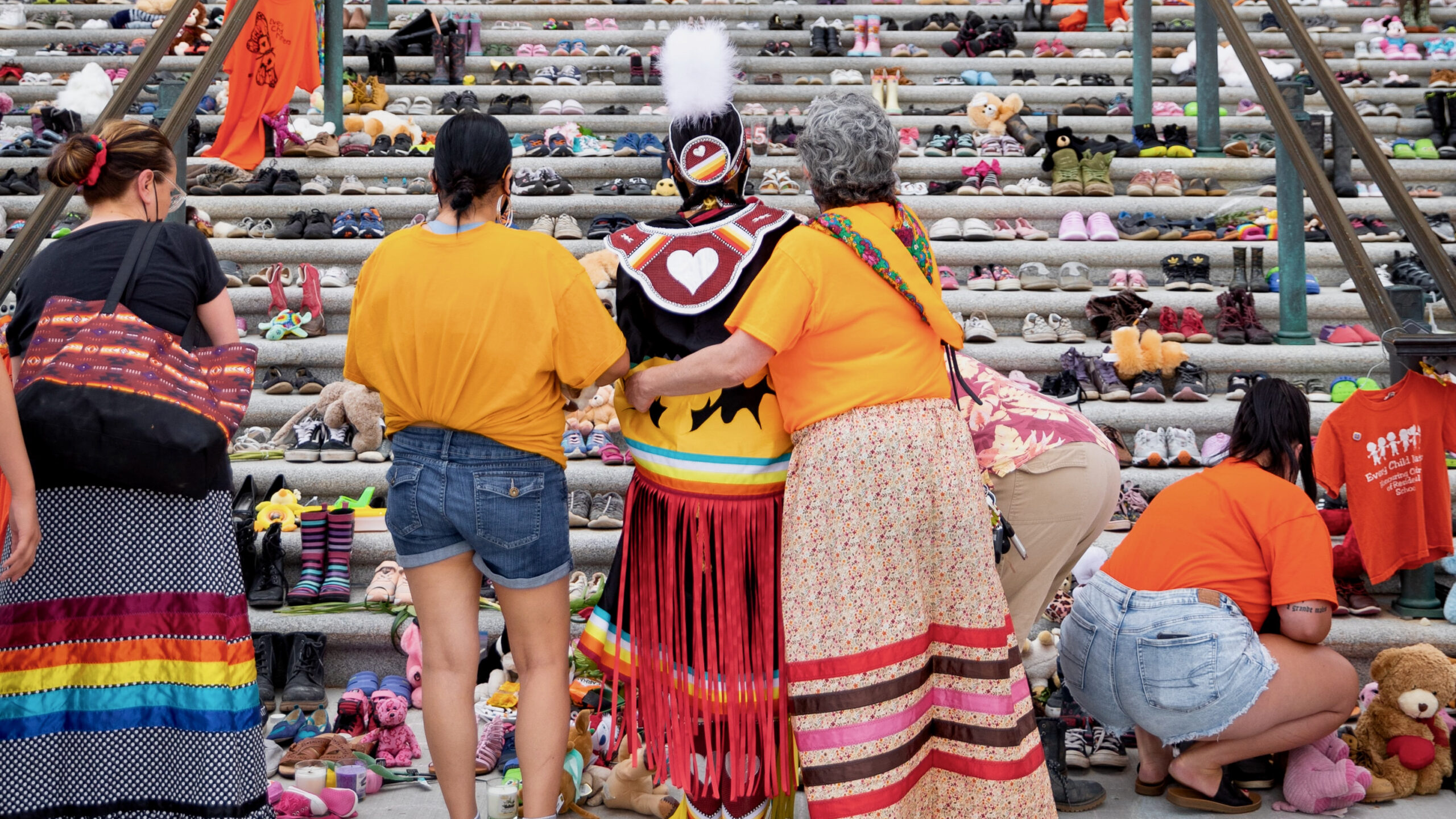 Cherish Ashkewe, a 20-year-old Indigenous woman and Humber College journalism alumna, knows too well the double standard that exists when it comes to missing people and the pain that the first National Reconciliation Day needs to address.

“It makes me sad, disappointed and disgusted how the media treats the Indigenous community,” Ashkewe said.

An example can be the recent case of missing Gabby Petito. A white woman whose body was found after she went missing while travelling with her boyfriend in the western United States.

Media overflowed with coverage of the blonde, white Petito.

“Nearly 700 hundred Indigenous women were reported missing in the past decade,” Ashkewe said. “But not one of them got the same media coverage as she did.”

That’s why Ashkewe was heartened by the recent release of the film Mashkawi-Manidoo Bimaadiziwin Spirit to Soar, a documentary on how Indigenous Canadian journalist Tanya Talaga came to write her award-winning book Seven Fallen Feathers.

In it, Talaga investigates whether changes and progress have been made since the mysterious deaths of seven Indigenous teenagers in Thunder Bay, Ont.

Ten years ago, while a reporter at the Toronto Star, Talaga travelled on assignment to Thunder Bay. While there, she learned about the teens’ deaths between 2000 and 2011. She was appalled to learn how little coverage the deaths got in the news.

Her subsequent book, Seven Fallen Feathers: Racism, Death and Hard Truths in a Northern City, was a sensation that won numerous awards and remains on bestseller lists.

“Knowing that there are people like Tanya Talaga who are bringing awareness to issues happening in indigenous communities makes me very happy and proud,” Ashkewe said.

“As an Indigenous woman, I do believe she has given a voice to the Indigenous community and she has also shown that it is possible for your voice to be heard.”

Ryan Shaw, a 21-year-old Sheridan College alumnus who identifies as Indigenous, said Talaga’s work inspired him to speak up about the way Indigenous communities are ignored.

“Racism against Indigenous people will always be around and that fact will never change,” he said. “Thankfully, however, there are people out there like Tanya who don’t stand for it and don’t allow themselves to be hurt by the ignorance of society.”

Shaw, who is of mixed heritage, said he is often taken as caucasian.

“People don’t see my native side and just assume that I am white,” he said. “I, thankfully, have never experienced the brutality that so many other members of the Indigenous community have experienced.

“This needs to stop, and I think that Talaga is going to go down in Canadian history for the work she has done and the awareness she has brought,” he said.

Camelia Maracle, an Indigenous woman from the Kanienkehaka First Nation, said a lot of work remains.

“Personally, I believe we have a long way to go before there is complete equality for indigenous people, but I do think we are on the right path for that,” she said.

“Tanya Talaga is a perfect bridge for the Indigenous community, between us and the rest of the world,” Maracle said. ” She has and will do amazing things for us and we need more people like her in our community.”