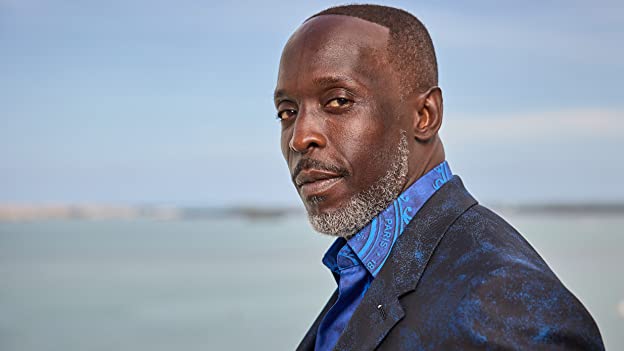 Actor Michael K. Williams from The Wire, The Sopranos and When They See Us, last month joined the skyrocketing — and tragic — number of people to die of an opioid-related overdose.

Those working in entertainment are no stranger to the epidemic. Philip Seymour Hoffman, Heath Ledger, Chris Farley, and most recently Williams are all actors who died of opioid overdoses.

“Since the onset of the COVID-19 pandemic, 6,946 apparent opioid toxicity deaths occurred (April 2020 to March 2021), representing an 88 per cent increase from the same time period prior to the pandemic,” according to a report on Opioid and Stimulant-related harms in Canada from Statistics Canada.

Karl Pruner, communications director at ACTRA Toronto, a local chapter of the union representing artists and entertainers, said what actors face is particularly troubling because they are considered, for the most part, freelance professionals working from contract to contract.

“Jobs are few and far between, hours are long and paychecks often uncomfortably far apart,” Pruner said. “The resulting stress can take its toll on mental health, which is one of many risk factors for addiction.”

Josh Fletcher, a physician at North York General Hospital in Toronto, said almost all healthcare professionals he knows believe the opioid epidemic is the most significant health crisis beyond COVID-19.

“The number of hospitalizations of overdoses, due to opioids and substance use, is up every year and at an all-time high,” Fletcher said.

He said governments should invest in educating people about the lethality of opioids and in ways to protect and help users.

“We know people are going to use, that’s inevitable,” he said. “The best we can do as healthcare professionals is support, educate, and assist them in getting better and doing whatever we can to prevent them from abusing.”

To combat the rising numbers of deaths related to opioid overdoses, the City of Toronto is petitioning Health Canada to decriminalize possession of illicit drugs for personal use.

Fletcher said that would be a big step towards helping those suffering from substance abuse disorders because of the stigma that has surrounded illicit drug use.

She said in addition to social stigma, societal and systemic barriers hinder people from getting help.

“There are so many social barriers and systems of oppression that put folks who are already systematically oppressed at more risk of using drugs and thereby at more risk of overdosed poisoning from opioids,” she said.

Green said opioids pose such a significant danger because of how lethal and potent they are.

She said it was in the mid-2010s when fentanyl “really arrived on the shores of Canada, and it was a disruptor to the entire opioid [ecosystem]. It gave people, already with problematic opioid use a much more potent substance to use.”