TALES FROM HUMBER: My trek from Colombia to Canada is framed by events beyond my control 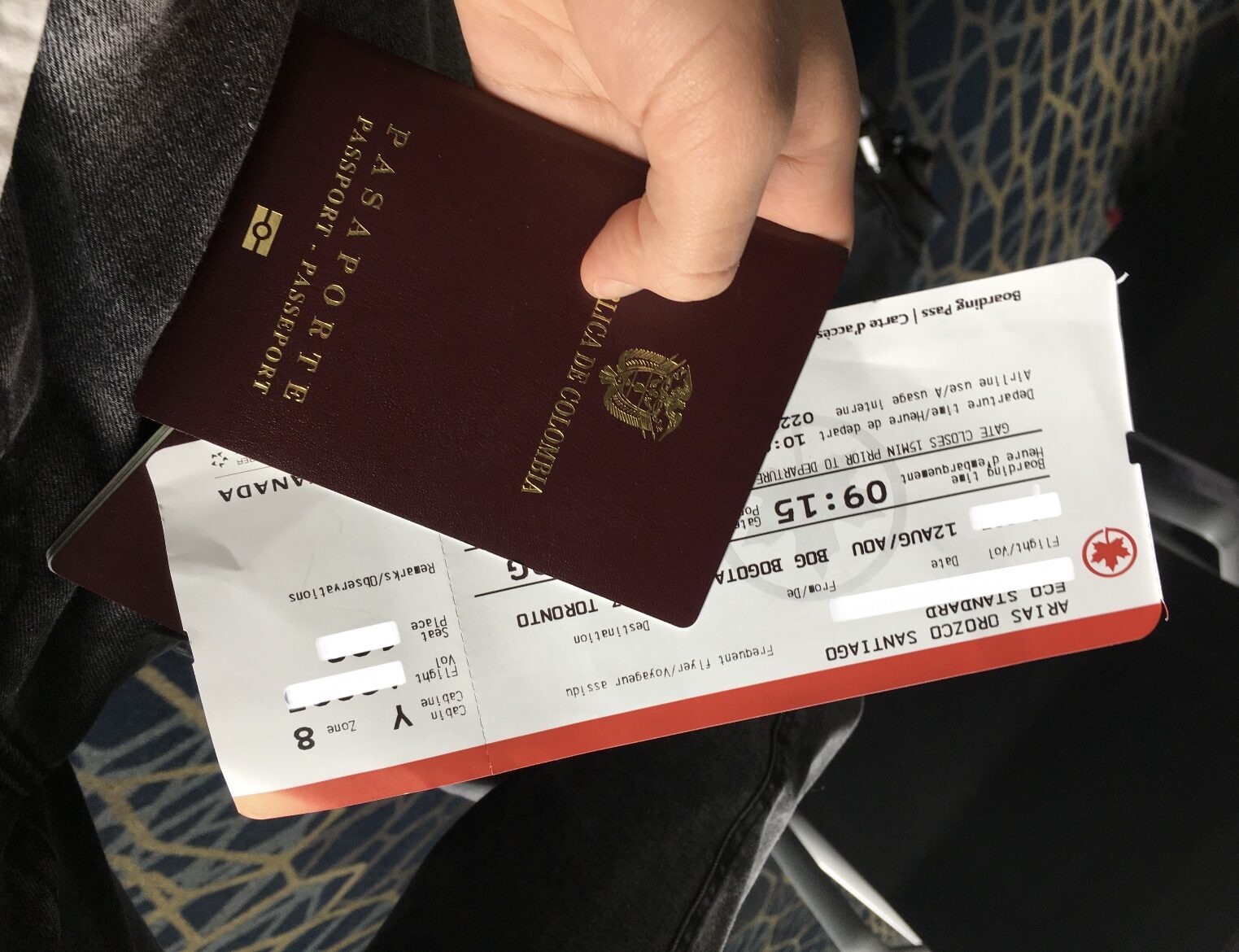 The gold lettering on the cover of my wine coloured passport apparently says more to customs officials than anything that can be read in its 32 pages.

As the immigration line shortens, my body begins to break out in a cold sweat. The stories from other Colombians I know about the reaction I will receive run through my head.

Once I’m in front of the immigration officer, those three words on my passport’s cover — República de Colombia — will be enough to raise questions about my “real” intentions for entering any country.

Research by Saint Tomas University in Bogotá suggests Colombians will pay for the country’s reputation and will routinely be suspected as drug dealers, mobsters or terrorists.

Once, an immigration officer in Ecuador repeatedly asked me if I would work during my two-week trip, the assumption being I would find more unsavoury ways to fund my travels.

At Lima’s airport in Peru, police made Colombian passengers go through full-body drug scans while travellers from other countries sailed through.

Colombia’s past is painful, covered in blood and fear. Over four decades, the country was oppressed. First, terrorist armed groups, including the Fuerzas Armadas Revolucionarias de Colombia (FARC), hid in the dense Colombian Amazon jungle and took control of the country’s rural areas. Meanwhile, in the cities, drug cartels were spreading cocaine nationwide.

A corrupt government was incapable of controlling the problem, until the 1990s. Since then, one by one, the drug cartels were taken on, insurgent groups were cornered until the biggest one was dismantled in 2016 following a peace deal.

But the stigma remains.

Colombians are still profiled and judged by our country’s past, in which we had little or no responsibility. It almost feels that, for the rest of the world, Colombia is stuck in the 1980s.

How can I persuade people Colombians have the same values, vices and virtues as any other nation when the entertainment industry portrays my country as a socially backward land of drug cartels and mobster violence.

Narcos, The Mafia Dolls, and Wild District, were among Netflix’s titles when searching “Colombian Movies & TV.” All of these showcase a version of Colombia to which I cannot relate.

In them, it’s as easy to buy cocaine as it is food. Exaggerating Colombia’s problems enriches the story, enhances the climax.

These misrepresentations have turned one of my greatest pleasures — travel — into a challenging, sometimes humiliating odyssey.

For all of us hoping to move beyond our difficult past and see Colombia’s reputation improved to match its modern reality, the release of the Disney movie, Encanto, is good news.

Its two released trailers showcase a more accurate take on Colombia by including scenes of our country’s long-lasting customs, typical attires and dishes, cultural emblems and lavish native beauty.

Despite being a cartoon animated with fictitious events, this movie is a much more realistic reflection of Colombia. And while a single movie may not cleanse Colombia’s reputation, it might help set the standard for more accurate representation.

Colombia is a culturally diverse, naturally rich, and socially resilient country. Its citizens shouldn’t be made to feel ashamed when carrying their beautiful wine-red passports.