OPINION: My pandemic is also your pandemic 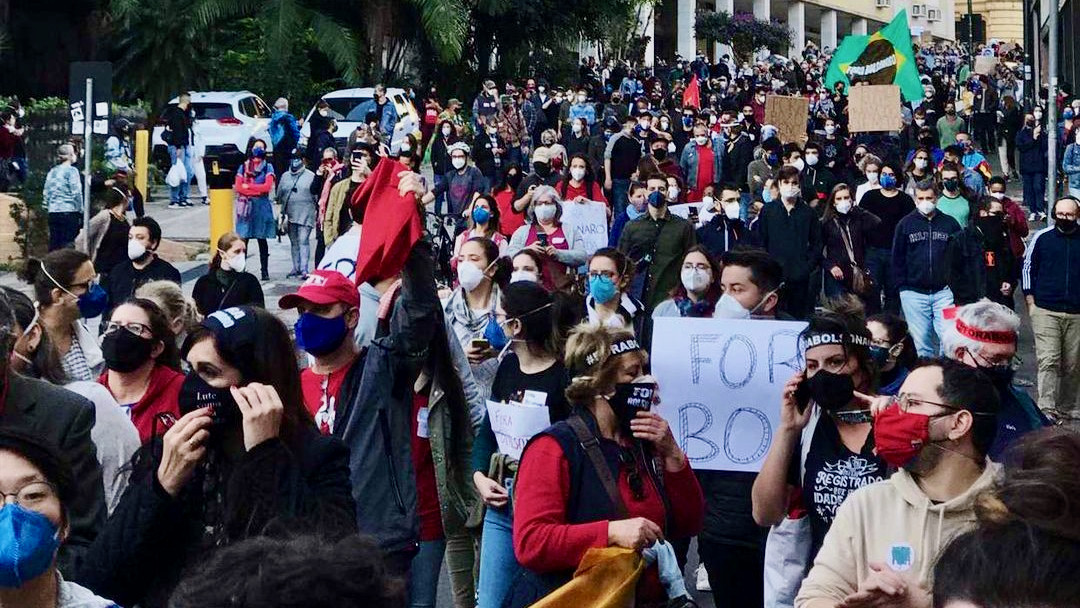 I’ve heard somewhere that magic is about knowing how to manipulate where the other person looks.

Before arriving in the country, I used to think that Canada would be one of the most magical places I would ever visit, and considering that definition, it still is.

The thing is, following international news from my home country, Brazil, the pandemic situation in Canada seemed completely under control, especially when compared to the chaos of deaths and negligence verging on the ridicule by which Brazil was consumed — more than 589,000 deaths and 21 million confirmed cases.

However, upon arriving in Toronto, I was able to perceive a reality quite different from the “magic” shown by newspapers and international media outlets that I accessed from Brazil.

People without masks on busy streets, such as Dundas and Yonge Streets, anti-vaccine protests and — my personal favourite — people who refuse to accept collective measures of security and containment of the virus, such as the vaccine passport, but that at the same time, don’t want to give up attending public spaces and events.

In Toronto, the first place I visited, with much more awe and excitement than I had for the CN Tower or Ripley’s Aquarium, was a Covid-19 vaccination centre, which accepted walk-ins and offered the option to choose between different vaccine options.

A real dream, considering that in Brazil vaccinations for my age group (25-year-olds) only started on Aug. 16, with no space for “vaccine sommeliers”: you have to take the vaccine that is available at the clinic, please and thank you.

Quite ironically, shortly after getting vaccinated, I met a Canadian acquaintance who differed from my admiration for the abundance of resources Canada seemed to offer.

He told me he was afraid of possible reactions to the vaccine.

While greedily chewing on a potato chip that had fallen off the plate onto the filthy cafeteria table, and which was immediately retrieved and duly rubbed in ketchup before being shoved down his throat, he also told me he had always paid close attention to the things he decided to put inside of his body.

I believe that at a certain point during times of extreme health crisis, the human brain reaches a limit, becoming saturated and no longer able to discern between what is simply disgusting and what is really an explicit threat to the health and survival of the body it occupies.

From that point on, the reaction to either of the two categories mentioned becomes the same: the starting of a true journey of combat against any substance that might even remotely resemble a virus.

Having crossed that limit a long time ago, I immediately tightened the rubber band of my mask and sanitized my hands as I explained how frustrating it was for me to come across this kind of thinking when in Brazil we are dealing with a lack of vaccines, overcrowded hospitals and the (un)government of Jair Bolsonaro.

Whether magic is really about knowing how to manipulate where the other looks or about something else, I couldn’t say, but the feeling is definitely that I’ve been looking where they wanted me to look all this time when certainly a lot more than I could pick up from where I was, was happening under the covers.

The truth is that I wish I could say “hocus-pocus” and stop being the only person on campus, among students and staff, using an FFP2 mask, and guarantee access to better days, with a better sense of collective security and greater empathy for the protection of others, really making use of these features that are so easy to access around here.