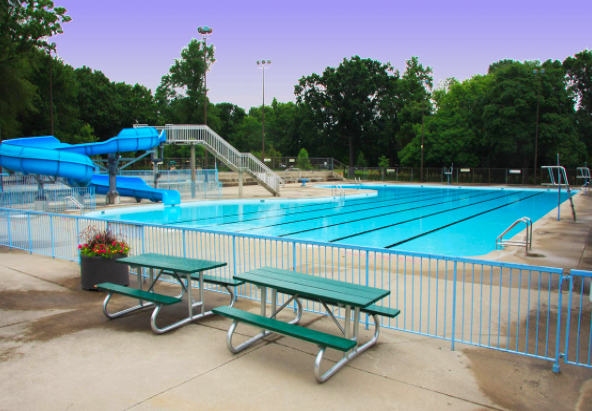 Toronto has begun to reopen outdoor its swimming pools for the summer.

Mayor John Tory officially opened the West Mall pool in Etobicoke on June 12, which is a part of 10 outdoor venues that will stay open to the public until Labour Day.

The city said it will be extending the reopening to another 49 outdoor locations on June 19, in preparation for the end of the school year on June 30.

Tory said in a press release the decision to open up pools ahead of schedule comes from the city moving into Step 1 of the provincial reopening.

“I encourage all Torontonians to reserve their swim time and take advantage of the city’s outdoor pools and amenities throughout the summer,” he said.

Although indoor swimming remains closed, Toronto’s beaches opened on June 5 and wading pools are also slated for a June 30 opening.

Chris Holland, a deck supervisor and senior lifeguard with the city, said he’s eager to get back to work but hopes residents will follow public health guidelines at pools.

“I’m cautiously optimistic,” Holland said. “I’m very excited with the idea of things getting back to normal but at the same time the right steps do need to be taken if we are going to avoid another wave.”

However, swimmers won’t be able to dive in without a series of steps before they hit the deck.

Patrons must make reservations for a 45-minute leisure or lane swim session at Toronto Swim, where new spots are released every Thursday morning for the following week.

To ensure a fairer booking system, the city said reservations will be restricted to one per day, per person, and that it will save some spaces at each location for those without internet access.

Within two days of the system going live, more than 23,000 reservations were made, which concerned Holland.

“I think 23,000 is a big number and I love the excitement and enthusiasm of people wanting to get back to the pool but at the same time I could see that being a little overwhelming for lifeguards, myself included,” he said.

Like last summer, the city reduced outdoor pool capacities to 25 per cent and will require visitors to provide their name and phone number for contact tracing.

The city said people will need a mask while waiting in line, in public indoor spaces and washrooms. Masks may only be removed while swimming and on deck.

Outside of the city, Mississauga reopened two facilities on June 12, while Markham has opened its Morgan Outdoor Pool.

Attached is a Piktochart displaying the City of Toronto’s outdoor pools’ re-opening: