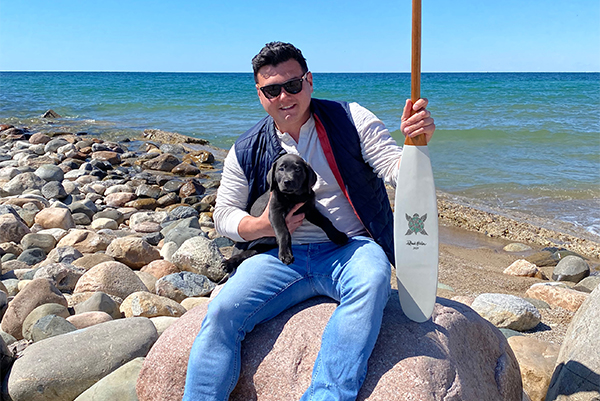 June is Pride Month which celebrates the LGBTQ+ communities. But it is also National Indigenous History Month when Canada acknowledges the heritage and outstanding achievements of First Nations, Inuit, and Métis.

To mark both the events, Patrick Hunter, a Toronto-based Two-Spirit Ojibway artist, has partnered with Canada Canoe Paddles to launch a limited edition of 300 artisanal canoe paddles.

“I love canoeing and it just kind of fit to work with them,” said Hunter, who will also paint two murals at Humber College in July, one in a library and the other in a common area. 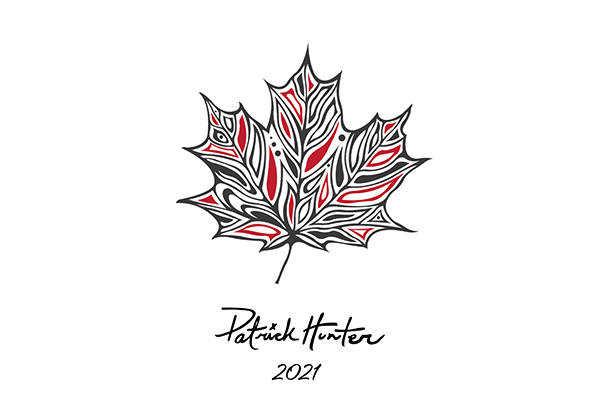 “It’s a delicate way to inform people who aren’t as spiritual or don’t think that grass or trees or rocks have spirit, that there’s an importance to them and we’re not here to rule them. We’re here to like live in harmony with nature,” said Hunter, who was inspired by viewing original works of painter Norval Morrisseau in his hometown of Red Lake, Ont., about 567 kilometres northwest of Thunder Bay.

“Norval Morrisseau was painting our legends and traditions that just hadn’t been done before because a lot of our culture has been passed down orally through storytelling,” Hunter said.

He said it was both new and controversial at the same time because, for decades, they had been forced to not talk about their culture because of the residential schools.

“It had been beaten out of us,” Hunter said. “If our stories are told, the government’s going to hurt us. So, you know, that’s how it started.” 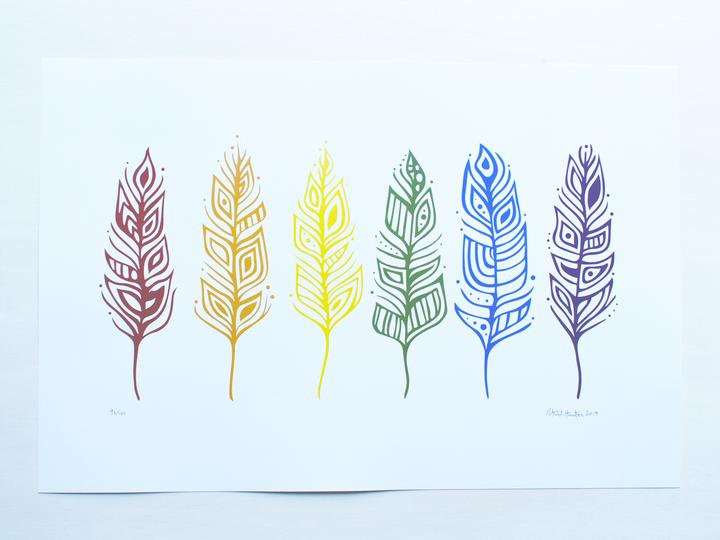 “Lots of people love feathers so it’s a good tool for marketing,” he said. “At the same time, in my culture, we revere the eagle. To us, they carry our prayers and good thoughts up to the creator because eagles, of all the birds, can fly the highest.”

Hunter is also the first Artist in Residence for the Prince’s Trust Canada, a Royal charity that aims to reclaim the Indigenous languages in Canada. He collaborated with them to launch a language and colouring book in 2019.

“It has just been a relationship that’s born out of wanting more indigenous artwork out there into the world,” he said. “I’m grateful for them wanting to change the script a little bit and try and give back as much as they can.”

Hunter is also working towards supporting local industries by pushing for locally-made products. “There’s a desire for it,” he said.

But it is not so easy with products being imported and sold in local markets, at very low prices, Hunter said.

“It’s tough because it’s hard to find suppliers to work with and prices [of local products] are a lot higher,” he said.

Hunter said it’s a learning curve since he did not go to a business school.

“I’ve always had an entrepreneurial spirit and it’s worked out so far,” he said.