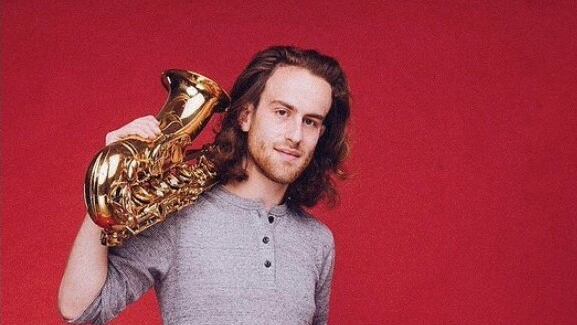 Fourth-year Humber College music student Tony Rosenberg launched his musical education at the Lakeshore campus, but it’s his passion for jazz that carried him around the world.

He has collaborated with and performed with other musicians in countries such as Cuba, Germany, and Grenada.

“I have always been motivated to reach people,” he said. “This is how opportunities come to you and it helps you get further in your career.”

He is one of the recipients of The Rochelle Koskie Jazz Student Scholarship Fund, which was in collaboration with the Jazz Performance and Education Centre.

“Humber offers a lot. They have good teachers,” Rosenberg said. “When I started at Humber, the person I took saxophone lessons with was Patt Labarbera and he played with Elvin Jones.

“And Elvin Jones played with John Coltrane,” he said.

The students were tasked to come up with ways to attract and sustain the interests of a jazz audience and also appeal to a younger demographic.

Some of the solutions Rosenberg offered include using social media and crowd interaction to boost ticket sales and community outreach to help appeal to the younger demographic.

The theme of the 2021 awards was motivated by jazz legend Duke Ellington.

Co-founder of Jazz Performance and Education Centre Raymond Koskie said he was inspired by the words of Duke Ellington for this year’s theme.

“What is important is that jazz must live, and the only way it can live is with the existence of an even larger and more interested audience, to give it the support that must always be its lifeblood,” Koskie said quoting Ellington.

The scholarship was established in memory of Rochelle Koskie, Raymond’s wife, who was an avid jazz fan and co-founder of the Jazz Performance and Education Centre located in Toronto.

The centre, a charitable organization committed to the advancement of jazz, works to motivate and inspire those interested in the genre.

Rosenberg said he has always felt he was in good hands at Humber. He said there are many opportunities, and they heavily rely on people.

“I had met Rochelle once, shortly before she passed away. After that, JPEC was run by Raymond Koskie,” Rosenberg said.

He said he played once a month with Raymond Koskie for about a year.

“We got a different band every month,” Rosenberg said.

He said it was around that time he received an email from Raymond that allowed him to apply for this scholarship.

Rosenberg’s music is available on all streaming platforms. His single Bet has over more than 100,000 streams.

“Being encouraged to try new woodwind is smart, you never know what could happen,” Rosenberg said. “Aside from that, I think Humber attracts good players, whether you are into jazz or not.

“You get to record while you are at Humber,” he said. “If you are ambitious with your recordings, you can use them professionally.”