The city moved in to enforce trespass notices issued 10 days ago to the up to 25 people who live in the encampment at the Queen Street West and Strachan Avenue park. 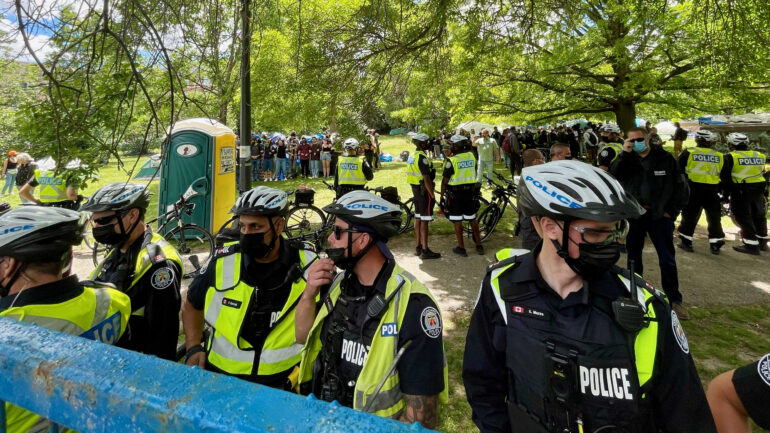 Barriers were being placed around the encampment by city crews and by mid-afternoon the police’s public order unit moved into the park.

The city says it is offering “safe, indoor space, with access to meals, showers and laundry, harm reduction, physical and mental health supports, and a housing worker.”

The message is clear from hundreds of supporters representing the city’s Encampment Support Network, chanting they stand with the residents and that they are their neighbours.

“These are our neighbours!”

The crowd pushed and shoved the barricades surrounding police and security guards to make their way into the tents that are still standing in the middle of the park.

Standing arm-in-arm, they blocked off the tents, standing firm to what they believe is a right for the campers to be in the park.

Two people have been arrested but no details were immediately available.