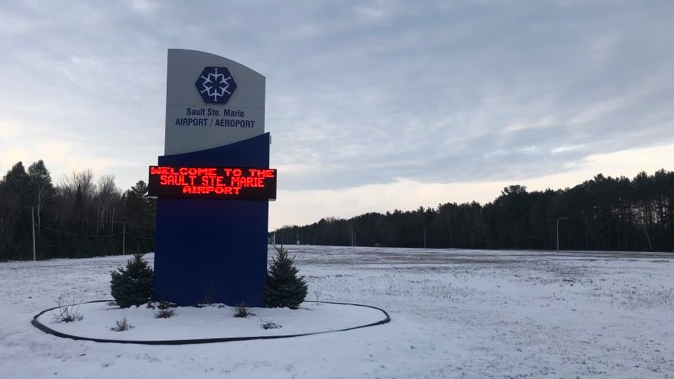 The chart below outlines how aircraft movement has gone down with flight cancellations and airline suspensions and includes the number of passengers travelling through SSMADC within a given year.

Accord to Terry Bos, president and CEO of SSMADC, the hit has been so dramatic heforecasts it will take the airport about six years to recover from the financial loss.

“We have a feeling our recovery is going to take anywhere from, on the optimistic side, four years and on the realistic side probably five or six years before we’re back to where we were in 2019,” he said.

As passengers purchase tickets, there is a fee associated with it that goes to SMMADC.

“AIF, the passenger fee hat goes on the ticket we took about an 85 per cent loss. Almost $1.7 million,” Boss said.

“Before the pandemic, we would range between 15,000 to 20,000 (flights) a month depending on the month, high numbers when students (Sault College Aviation) come in and out,” Boss said.

“We were seeing just over 110 passenger aircrafts a week in and out. Now we’re down about 27. It’s pretty painful,” he said.

“Not only did we have over four months shut down, which has never happened in the history of the program. It happened during the time when we do most of our flying,” he said.

Although the airport reported extremely low numbers in the past year, Bos say, with the help of the Sault College Aviation program resuming classes, SSMADC hit a new 2020 December record.

“We actually set a record for the month of December. Not like it’s a big record because December is always a bad month for flying,” he said. “Between the good weather and the college back, we set a record of over 3,000 almost 3,100 movements.”

“We’ve been able to successfully use the reserves to live through the pandemic so far. Hopefully, there is going to be enough there to get us through the remainder of the pandemic,” he said. “If it wasn’t for those reserves, it’s scary to think where we would be right now.”