Hard times have no end for Uber drivers during the pandemic

Roger Christian used to drive his car throughout Toronto for Uber Ride. But COVID-19 scared him from allowing strangers into his vehicle.

So he now only drives for Uber Eats delivering food. Christian feels working for Uber Rides increases his chances of becoming infected with the virus.

“For now, I’m only delivery food, not humans, so It’s safer,” he said.

Food delivery or taxi service companies such as Uber, DoorDash and SkipTheDishes, have been a source of steady income to anyone willing to work part-time or full time and have a driving license.

But business is down as fewer people are traveling as bars, clubs, and restaurants are closed, or have their hours restricted. Also, only fast-food restaurants are open late into the night, and the delivery fees are smaller.

Christian, a full-time employee of Scotiabank, drives for Uber to earn extra income to cover the costs of raising a three-year-old daughter and supporting his mother-in-law.

However, the lockdown has impacted “a lot” on his pockets, even though his wife is also working.

“As many people are working from home nowadays due to this pandemic,” they are ordering food, he said. Christian said mornings are especially busy for Uber food deliveries.

“Usually, in the daytime from 9 a.m until 4, 5 p.m, Uber drivers get busy as a lot of people working home are ordering food.” he said.

And demand for food drops outside of those hours, he said.

Over the past year, bars and clubs were closed to restrict the spread of COVID-19, and fewer people were ordering rides, which made the lives of Uber drivers more precarious.

“I used to drive from 11 p.m. to 4 a.m. for clubbing people and bar people,” Christian said. The clubs are closed and there’s little to no money to be made from that, he said.

“Uber drivers make $20 to $25 more than Uber Eats, I don’t want to be a portal of this virus to my family,” Christian said.

Rohan Soni, 36, of Toronto, who is a food delivery driver for SkipTheDishes, feels lockdown has cut his earnings. 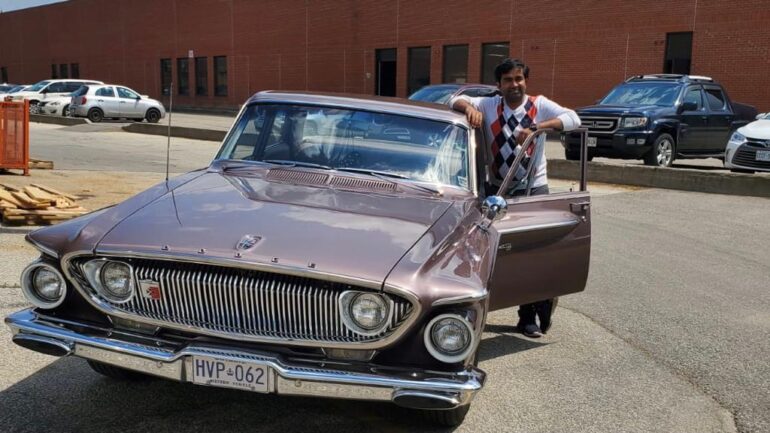 “I’ve been driving SkipTheDesish for more than five years, but I have never seen (this kind of) crisis, there is no money in this business,” Soni said.

He said his wages have dropped since restaurant hours were shortened because of the pandemic.

“In 2019, I used to earn more than $300 in a day,” Soni said. But since the advent of the virus, his earnings dropped to about $100 a day. He said only fast food restaurants are open late and “not everyone eats pizza every day.”

Soni is hoping the easing of restrictions there will be an increase in demand for deliveries.

“Now, many restaurants and bars have opened their outdoor services, which will give us more trips,” he said.