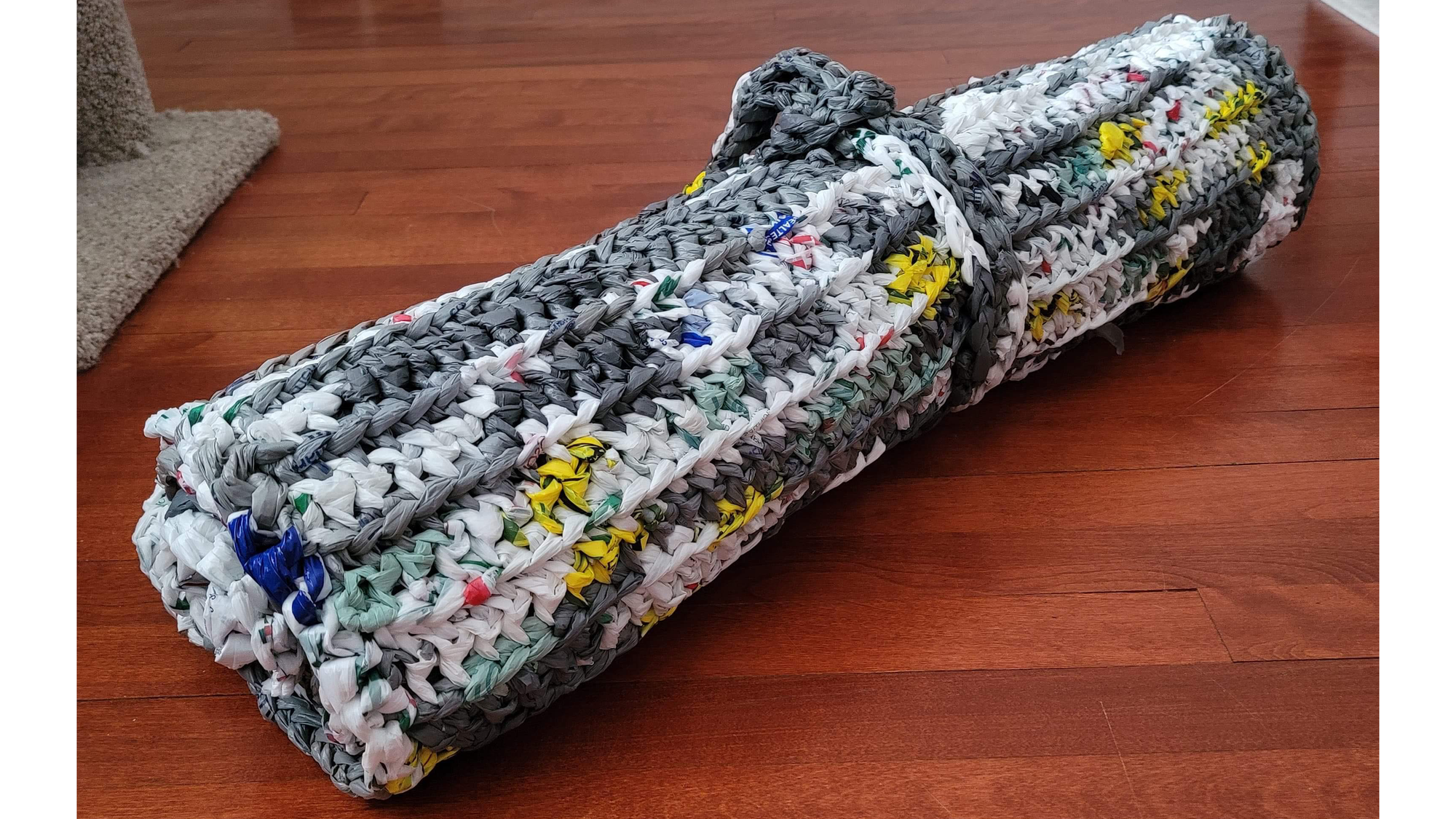 SAULT STE. MARIE, Ont. — To help the homeless stay comfortable at night, a group of local women have been dedicating their time to crocheting plastic bags into sleeping mats.

Abbi Johnston, a full-time volunteer, started this initiative after seeing a Facebook post about a group in the Kitchener-Waterloo area transforming plastic bags into mats. She was looking for another opportunity to fulfill her time for a good cause.

“I’m a part of the Zero Waste Sault Ste. Marie Facebook group and I saw a post by their administrator who shared an article about this. That it had been happening in the KW area,” she said.

“I had never even heard of anything like this. I didn’t even know you could repurpose plastic bags in this way,” Johnston said. 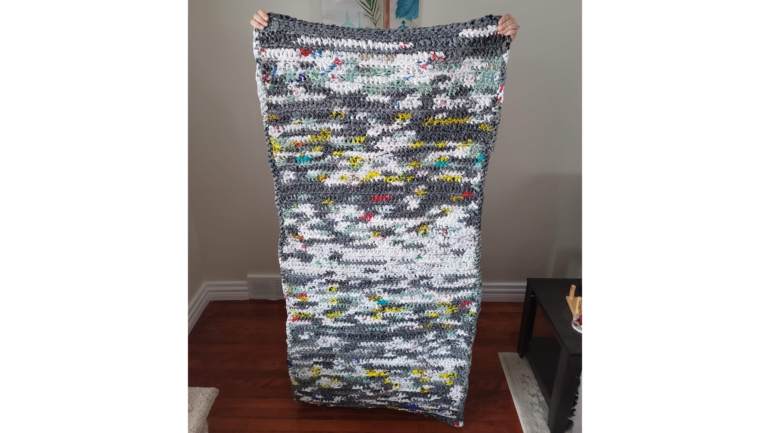 Abbi Johnston holding on to the finished sleeping mat that she donated to Save Our Young Adults (SOYA). Photo credit: Courtesy of Abbi Johnston

Johnston said the process of creating sleeping mats begins by turning the plastic bags into what’s called plarn. This is done by flattening the bags and cutting them into strips. They can be looped together and turned into a long thread balled together for crocheting, she said.

“Cut the bottom of the bags and cut off the handles at the top of the bags. You’re left with a rectangle, and then you cut it into four strips horizontally. And then you loop them together, so you put one through each other,” Johnston said.

After beginning her first mat and using all the bags she had collected from the first lockdown, she reached out to the Zero Waste Facebook group for help. She asked everyone if they had any plastic bags available.

“I went back to the Zero Waste Sault Ste. Marie Facebook group and I posted a picture of what I had done and said, ‘Hey guys, I’m doing this project I saw on this group. I either need help collecting plastic bags or help to make plarn,’” Johnston said.

After posting, she received a message from Cathrine Van Atta, eager to help with the cause and lend a hand in making plarn because it is such a lengthy process.

“Cathrine makes 90 per cent of the plarn,” Johnston said. “It takes about 750 bags to create a mat.

“Crocheting it, itself, I would say, it takes about 10 to 12 hours, and then making the plarn for it takes a little bit longer,” she said.

Johnston says the process to make the sleeping mats takes about 30 hours. The mats are two-and-a-half feet wide and six feet long, including a strap for easy transportation. 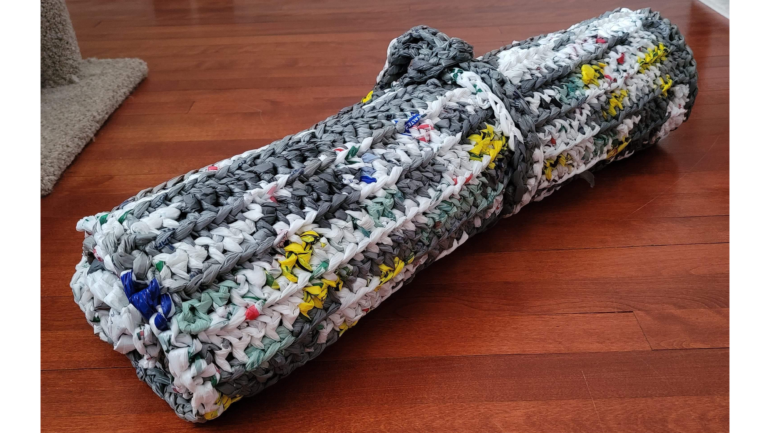 A finished sleeping mat created by Abbi Johnston wrapped up with the handle. Photo credit: Courtesy of Abbi Johnston

According to Van Atta, the mats are durable, warm, and easy to clean.

“I’ve got to hold the mat, and it’s thick and sturdy,” she said. “The mats hang dry and hold heat in really well. When I’m working with the bag, I can feel the heat on them.

“I really want to know the feedback of how well they work. From someone who is actually using one,” Van Atta said.

“Abbi, I didn’t know, and we’ve become good friends. We do other volunteer work together. Now we have a group chat, a whole team making the mats now,” said Van Atta.

Johnston’s post gathered the attention of a local Facebook group called Helping Hands. Before the third lockdown, the group asked Johnston if she could make mats for an event they were hosting.

After that, it was all hands on deck and Van Atta gathered a group of 14 women to lend a hand.

Unfortunately, with the latest lockdown in full effect, the Helping Hands group has cancelled its event. The women will be donating the mats to where Johnston first delivered her own mat to the Save Our Young Adults (SOYA) group, which assists youth homelessness.

“We just found out they’re postponing the event at Helping Hands. We were saving these for the event. We’re going to donate these this week to SOYA and Helping Hands,” Johnston said.

Johnston doesn’t plan to stop creating the mats and says she will make them as long as there are enough bags to go around.

She hopes her next project will be to crochet pillows once all the mats have been made.

“We end up with a little bit of waste, as far as you have to cut off the top straps and just the very bottom of the bag,” Johnston said. “Once we’re in a good place with the mats, it would be nice to try and make outdoor pillows that we could stuff with that bit of waste.”