Recent changes to the Medical Assistance in Dying (MAID) law have become controversial among the disabled and mental health communities.

“I’m really concerned,” said Jewelles Smith, the communications and government relations coordinator at the Council of Canadians with Disabilities (CCD).

Smith said she has already heard from a psychiatrist about a patient who is refusing treatment and is instead seeking medically assisted dying.

“It very much concerns me that when you’re in a crisis and you’re not thinking well, you can’t imagine your future, your life,” she said.

Amendments in Bill C-7, which became law on March 17, will allow for an individual with an unforeseeable death to access MAID, including individuals with a mental illness and disability.

Currently, only individuals who have a severe, grievous, and irremediable mental illness can apply for MAID. In 24 months, it’s expected that anyone suffering from mental health issues will be able to apply for MAID.

Those suffering from a disability fall in line with that criteria. 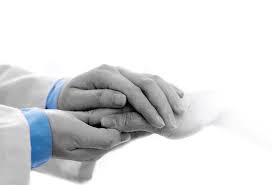 The recent changes to the law giving Canadians the ability to medically end their lives has some activists worried. Photo credit: Courtesy of the Government of Canada

A growing number of medical and mental health practitioners believe MAID could be safely extended to those who solely suffer from mental illness, said Natalie Mohamed, a media relations advisor for Health Canada.

Organizations like the Canadian Psychiatric Association, the College des médicins du Quebec, and the Association des médecins psychiatres du Québec, advised Health Canada about the danger of excluding MAID for people with mental illness as a sole condition.

“These organizations have warned that the exclusion of eligibility for MAID, on the basis on mental illness alone, could further stigmatize and unduly discriminate against people suffering grievously from a mental disorder,” Mohamed said.

“[MAID] requires the ministers of justice and health to initiate an expert review tasked with making recommendations within the next year on protocols, guidance, and safeguards for MAID for persons suffering from mental illness,” he said.

Procedural safeguards are in place to prevent abuse, McLeod said.

“New and strengthened safeguards are introduced for eligible persons whose death is not reasonably foreseeable,” he said. “These safeguards seek to address the diverse sources of suffering and vulnerability that could potentially lead a person who is not nearing death to ask for MAID.”

A major safeguard that is in place is a 90 day wait period, said Lisa Feldstein, a family health lawyer in Markham.

“Presumably, [that] is to make sure people really have that sober second thought that if perhaps their condition improves, if they change their mind, [and] if they access resources,” she said.

Feldstein said the waiting period extends to mental illness where someone may be depressed at the beginning, but 90 days later they have a different state of mind.

“Having those safeguards [available are] so that people don’t rush into something when they’re in a certain state of mind, and then later change their mind,” she said.

A major change in the bill will be the witnesses’ signatures.

Feldstein believes the removal of one witness signature stems from practical issues.

Smith, however, did not want to see the removal of the second witness in MAID. Her concern stems from the “assumption in the medical system that assumes if you’re disabled, you must want to die.”

While Bill C-7 was being discussed, CCD was in active talks with the government about the policy changes.

Smith said a few months ago there were concerns about allowing minors to access medical aid, changing the wait times, and considering people with mental illness. Unfortunately, the latter came to fruition.

She is disappointed at the recent changes to the legislation.

“It’s a step back for Canada,” Smith said. “It really disturbed me that the government thinks that this is what we should be offering people when they’re at their darkest.”

The lives of those with a disability are already at risk and that community’s inclusion in MAID only heightens her worries.

“They’re going to be offered the opportunity to end their lives rather than have access to services and resources,” Smith said.

She is anxious about the 24-month consideration period for mental illness.

“People are suffering in the disability community,” including poverty, homelessness, and having to beg for food and money for wheelchairs, Smith said.

There are 24-year-olds living in long-term care homes because of a lack of accessible housing, she said.

“The government thinks that the answer to suffering, instead of it being resources, is death,” Smith said.

CCD is already having conversations in Canada and with UN representatives on how to challenge Bill C-7. Smith said CCD is considering court challenges and will be part of ongoing consultation regarding the addition of mental illness.

“We’re going to have to ensure that we’ve inserted ourselves as witnesses,” she said. “That we are pulling in experts from the community.”