Self-employed Canadians get some clarity on CERB repayments, others remain uncertain 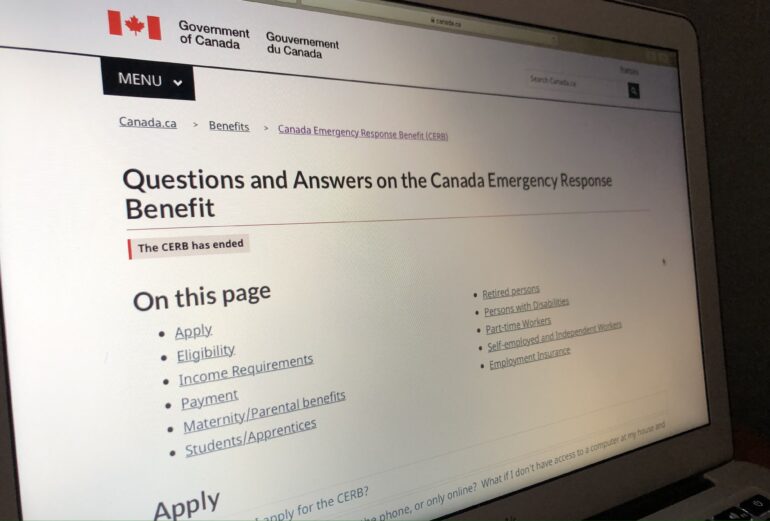 Photo of the Government of Canada’s website, on the webpage with FAQ on the Canada Emergency Response Benefit. Recent announcements by Ottawa clarified who will not need to repay receiving emergency benefits. (Victoria Meyer)

Some Canadians who received the Canadian Emergency Response Benefit are left with unclear instructions on whether or not they will have to pay back the funds.

Employment Minister Carla Qualtrough announced self-employed Canadians that received less than $14,000 in CERB on Feb. 9 but met all other requirements would no longer have to pay back the funds.

The government announcement comes just two months after the Canadian Revenue Agency encouraged Canadians to repay their CERB money if they believe they mistakenly claimed it.

The government has been unclear regarding CERB repayments since the beginning of the COVID-19 pandemic, further confusing people who received the benefits.

Those eligible who voluntarily paid back their CERB will have the funds returned to them by the CRA.

“The government will be providing more details on repayment in the coming weeks,” Qualtrough said.

Kayla Duplantis is a self-employed small business owner, and before the announcement on Feb. 9, she was unsure of her eligibility for collecting CERB.

“My businesses are what keep me going, and because they are considered a personal service, I was unable to make the money I originally thought I would be making,” Duplantis said.

When the government announced that some self-employed Canadians can keep the benefit, Duplantis got some clarity on her qualifications for CERB.

“I’ve been worried about whether or not I would be able to keep the money that I got from the government, and even though I have some clarity, I know others may not,” Duplantis said.

Though this announcement gave certainty to self-employed Canadians, many others remain confused about their eligibility. 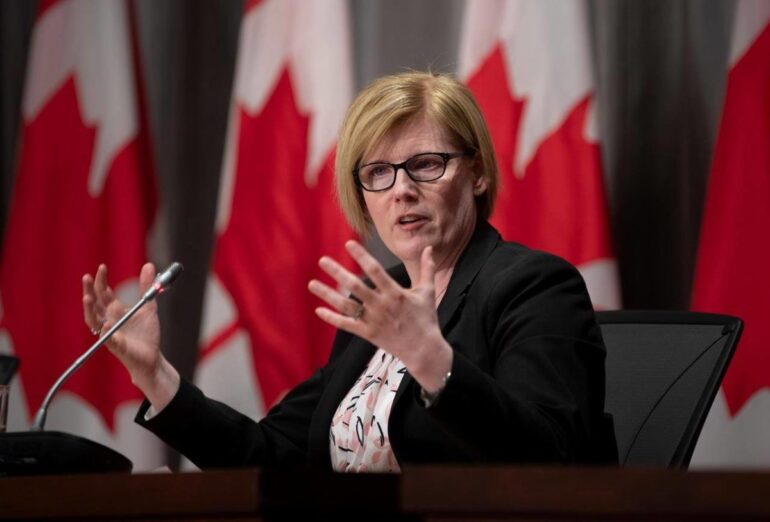 The federal government made the CERB’s eligibility criteria as broad and inclusive as possible so that workers who needed support could get it, federal Employment Minister Carla Qualtrough said earlier this month. (Courtesy Government of Canada)

“We made the CERB’s eligibility criteria as broad and inclusive as possible so that workers who needed support could get it,” Qualtrough said.

Diane Lebothillier, the Minister of National Revenue, said the government will continue to help Canadians through the pandemic.

“We will continue to provide support to Canadians as they tackle the many challenges of this pandemic until they are able to get back on their feet,” said Lebothillier in the press release.

There are now new EI and COVID-19 recovery benefits that have their own qualifications, as CERB was closed in Dec. 2020.

Canadians with questions about receiving any of the pandemic benefits last year or if they qualify for the new programs should visit the government’s website.