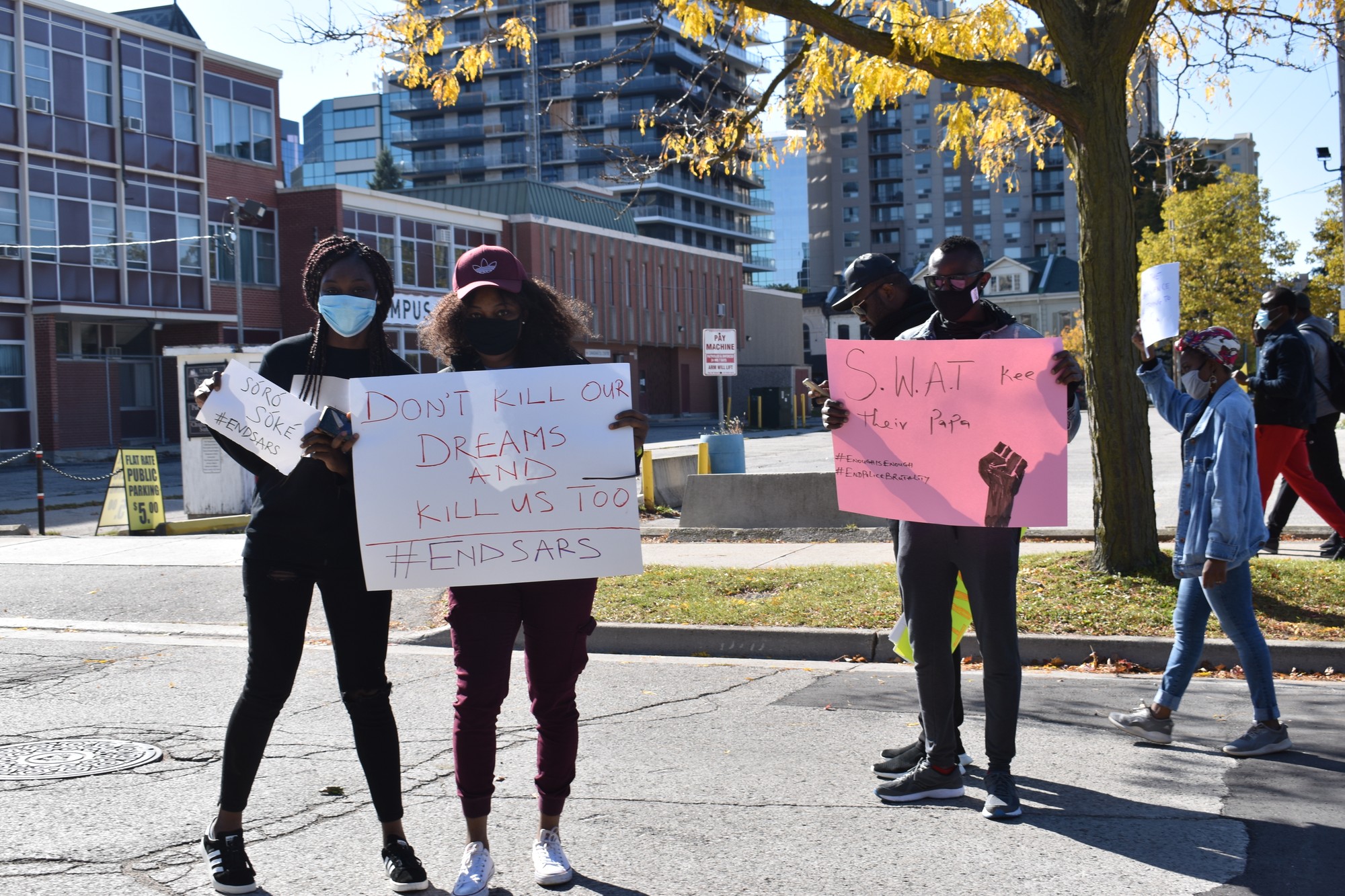 Millions of protesters worldwide this week have been calling for social justice and complete police reform in Nigeria.

A video of an officer from the Special Anti-Robbery Squad assaulting a Nigerian boy has been the spark for the #EndSARS movement.

Many people in Nigeria said they have experienced police brutality from SARS for decades.

Ontario has seen multiple protests over the past week in different cities.

Another march happened in London, Ont., on Oct. 17 on one of their busiest streets to show residents what is going on with the police and the public outside of Canada.

Elsewhere, celebrities including Rihanna, Kanye West, and Hillary Clinton offered their support online by sharing information and petitions with their fans, with the hashtag #EndSARS.

Below is an infographic explaining what SARS is and why millions are protesting :