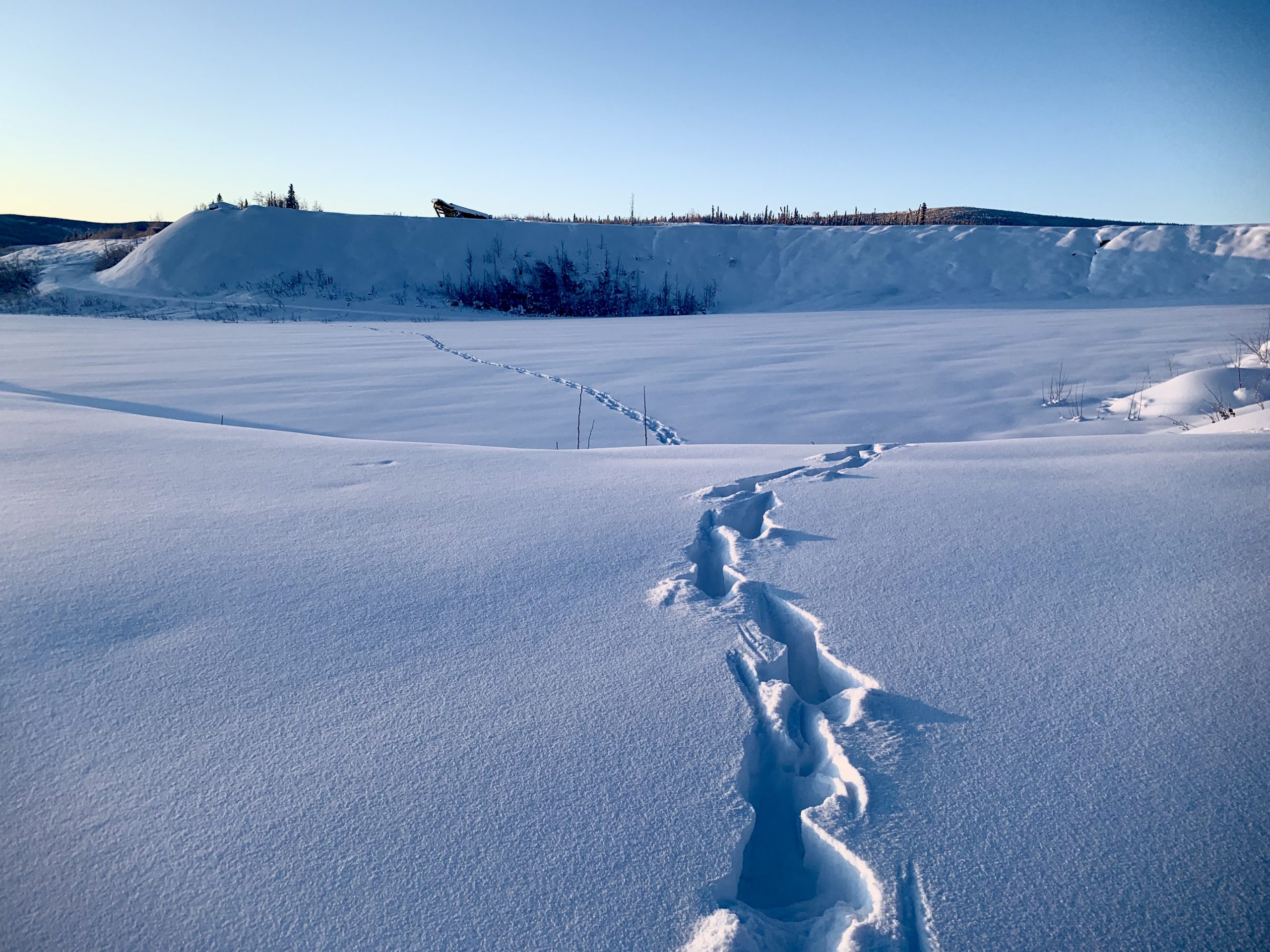 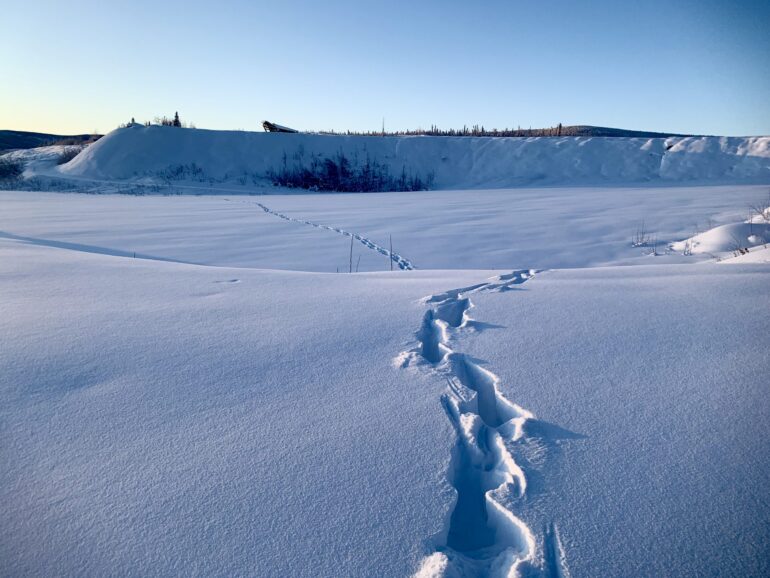 This is the moose trail that was shovelled out by Nicole Favron, a visual arts student at Yukon School of Arts for the BMO 1stArt! contest. (Courtesy Nicole Favron)

Art competitions are every art student’s chance to show their communities what they can do, and how passionate they are about the medium they want to pursue in the future. Up and coming Yukon artist is the territory’s first winner of the contest.

The BMO 1stArt! contest and art exhibition, hosted by the art museum at the University of Toronto has been celebrating the achievements of visual arts students from across the country for the past 18 years.

For the first time in almost two decades, the entire gallery has been moved online due to the pandemic. The event takes place Sept. 15 to Oct. 16.

Among the 13 students selected to win a cash prize of $7,500 was Nicole Favron, a student from the foundations of the art program at Yukon’s School of Visual Arts.

“I’d never done performance art before,” she said. “So I had to find inspiration for the contest.”

Favron’s inspiration came eight months ago when she found Simon Beck’s art, a man from Colorado who is known as the world’s first large scale and most famous “snow artist” creating art around the world starting his home in France’s Les Arcs ski resort in 2004.

“I think you could also say I got my inspiration from the moose that had walked through our yard as well,” she said.

Thinking about how many animals could survive the minus 40 temperature and the three feet of snow in Yukon, Favron was prompted to dig the trail made by the moose’s hoof-prints.

“Only by doing that would I be able to walk where the moose had walked,” Favron said. “I got to use my entire body to create the piece.”

The application form highlighted that art students from post-secondary institution who entered the contest were allowed to submit any art medium as long as they followed the rules.

Favron entered her project because it told people about the territory she’s from and represents the Yukon’s School of Visual Arts, the territory’s only art school.

Many of her classmates entered their submissions, making it likely one of them would win the award.

“We knew that it would be one of us in the class who would win,” Favron said. “It was kinda special because we were all rooting for each other.”

The contestants handed in their entries and general information forms in mid-May, and the entries were evaluated in July by industry professionals like Dawn Cain, curator at BMO Art Collection.

“We are thrilled to spotlight these remarkable artists as they transition from art school to art practice,” Cain said in a press release last week. “In moving the exhibition to a virtual format, we are able to share these innovative and timely works with new audiences in Canada and beyond.”

The judges picked out the names of 14 students, who became the winners of this year’s BMO 1stArt! contest and BMO financial group awarded them a trip to Toronto.

“It’s a privilege to honour the inventive and complex work of Canada’s top post-secondary students, a generation that represents the future of art in Canada,” said Cameron Fowler, chief strategy and operations officer of BMO Financial Group.

Favron was shocked when the list of winners was posted online and her name was on the list of 13 regional winners.

“It was super affirming in a way too,” she said.

She wants Canadian artists to know that it’s very rewarding to get recognition for their art just as long as they love the art form they chose.