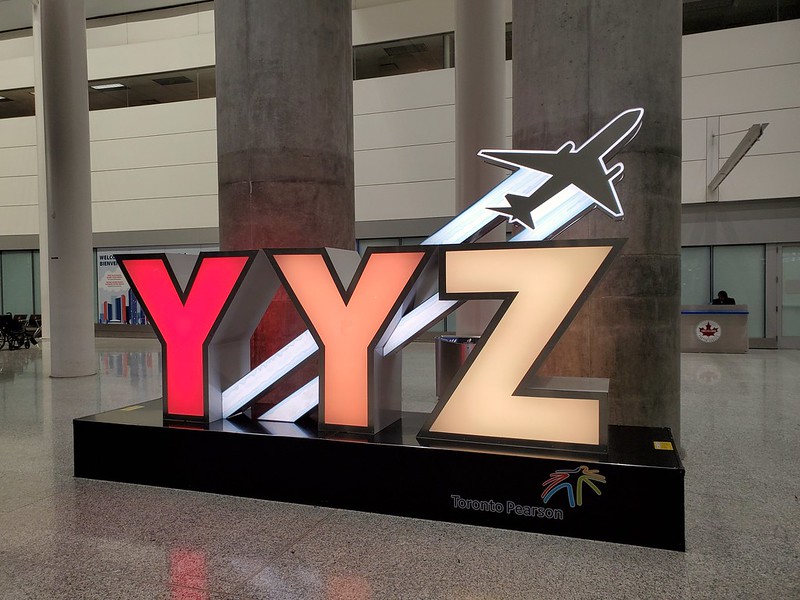 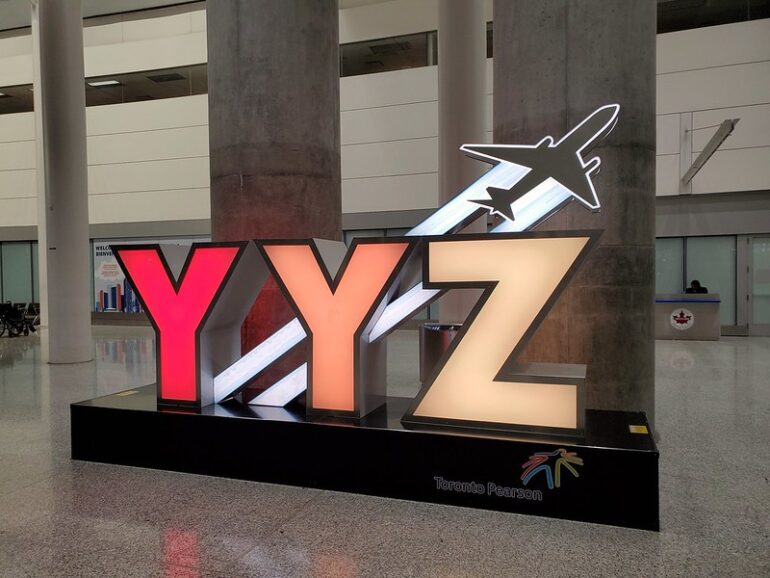 International passengers arriving at Toronto Pearson International Airport are being offered free COVID-19 testing as part of a study by McMaster Health Labs.

“The study’s core purpose is to gather information to explore the effectiveness of various quarantine periods for travellers,” the press release said.

Peter Fitzpatrick, the manager of corporate communications at Air Canada said in an email the data will help determine if airport-based COVID testing is a realistic option and to explore the 14-day quarantine period for international travellers returning to Canada.

A joint press release from MHL and Air Canada said international passengers can now take COVID-19 tests both at the airport and at home. The samples are self-collected, with two additional kits provided for further testing.

The study started Sept. 3 with MHL conducting the research and Air Canada providing resources and support, the press release said.

It will be expected to take a month or more to collect enough data for scientists to analyze, but “we have no such plans at present for the future of the program,” Fitzpatrick said. “Our partnership with MHL is only for this study.”

Felicia Birnbaum volunteered to take a COVID test after arriving from the U.S. Sept. 19 on an Air Canada flight and said the process was very easy to navigate.

She said registration took place on the plane and the test was completed after moving through all airport processes before leaving. “After customs and baggage I was able to go straight to testing and was done very quickly,” Birnbaum said. 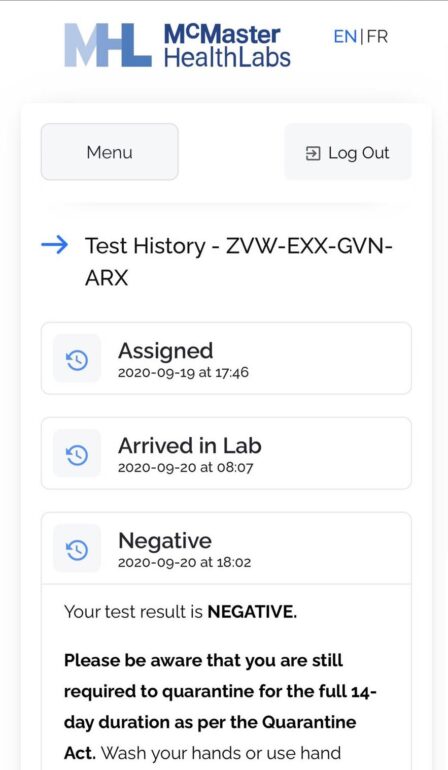 A negative test result from McMaster Health Labs as part of their Covid testing program.

She said the test results came within 24 hours from the MHL link, well under the timeframe of the 48 hours anticipated from the press release.

Jasmin Goldstein also volunteered for testing after her United Airways flight landed on Sept. 10 at Pearson. “I registered on my phone after I landed and received the results less than a day after,” she said.

Two more test kits were given for days seven and 14 of quarantine after the initial test, according to the press release. Goldstein said the process at home was also very easy and the results came within 24 hours again.

She said the testing would be better to do before getting on a flight to “limit the possible spread even further” but that the research is a good start to implementing safe practice while travelling internationally.

Both passengers said the testing has been able to provide ‘peace of mind’ to their families and people who they are quarantining with. Goldstein said “there is no immediate panic about spreading the virus”, making her feel better about being around her parents through the process.

A similar program is taking place at the Vancouver International Airport provided by WestJet.