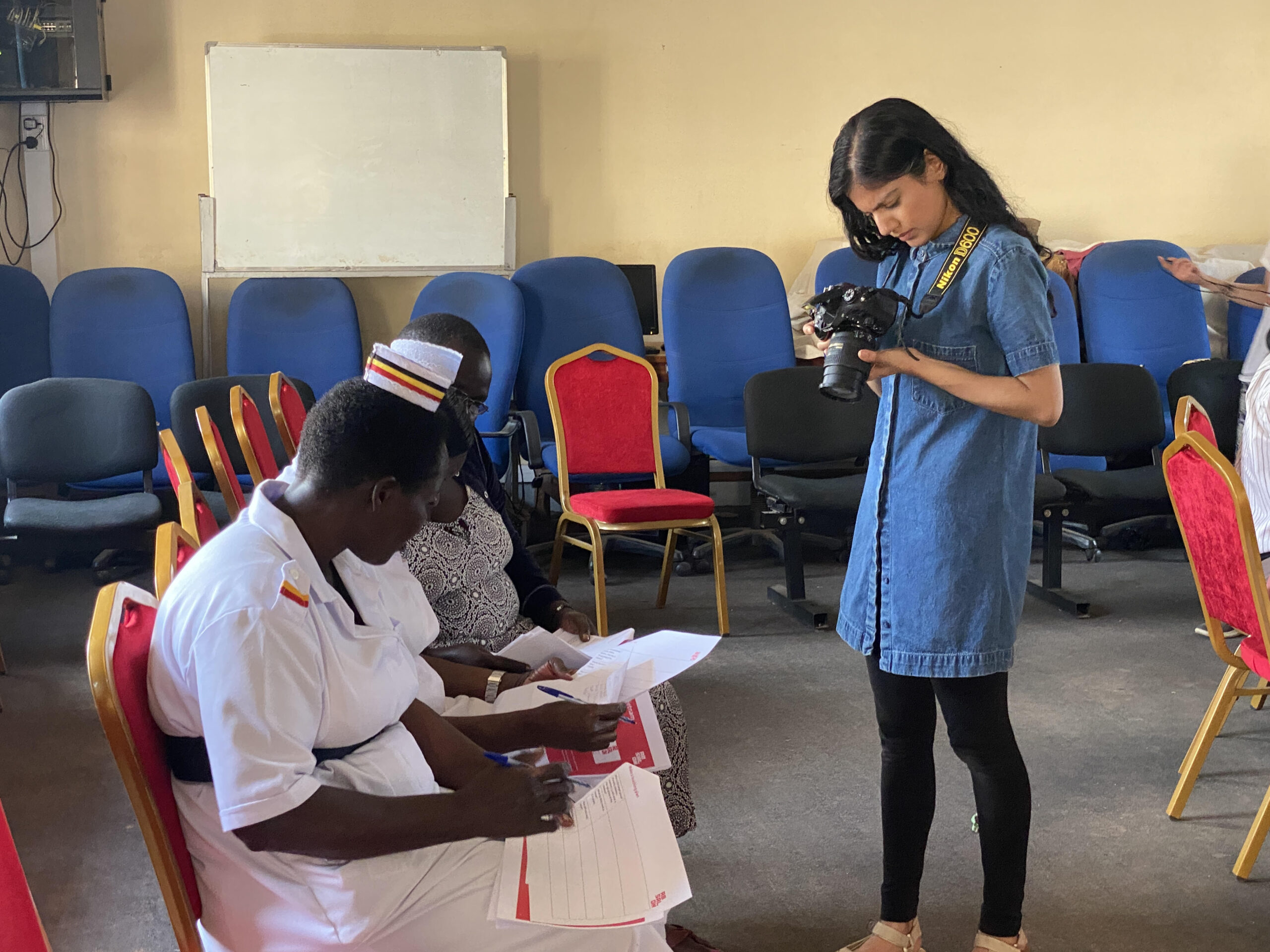 Humber Journalism post grads Lucy Lau and Harmony Multani are celebrating an accomplishment thanks to their work with The Denmark Uganda Vietnam Exchange (DUVE).

The film, Pearl Under Pressure: The Impact of Violence Against Children in Uganda, has been nominated for an award at the Los Angeles Lift-Off Film Festival this year.

“DUVE had previously worked with an instructor from the early childhood education program at Humber on a project and were looking for additional support to help document some of the work they were doing on the ground in Uganda,” Lau said.

Rebecca Fitzgerald, associate director of International Mobility and Strategic Partnerships at Humber College, got in contact with the University College Absalon in Denmark, allowing the two Journalism students and their professor to embark on this trip to Uganda to work on the project.

“By documenting the work of the DUVE project, Lucy and Harmony have employed the Journalism skills they’ve developed at Humber to bring global attention to the issue of systemic violence against children,” Fitzgerald said.

Lau said the three set out in January for the weeklong project, documenting the work done by the Danish school.

The film discussing the violence against children was initially made to document the workshops and seminars held by those who worked directly with children in Uganda, in an effort to reduce the frequency of the violent accounts.

Lau credits Multani for their nomination in the Los Angeles Lift-Off Film Festival, as it was Multani who had submitted the film.

“I had the chance to view some of the other films in the category that we’re part of, and there’s just such a wide array and diversity of work and to be recognized there and to hopefully have this platform to help raise awareness about the issue of violence against children is really incredible and such a great opportunity,” said Lau.

Multani recalled a moment during their filming that students had been asked to draw their experiences and understanding of violence.

Looking back she remembered watching five 12-year-old children drawing themselves in their beautiful cultural clothing, but in contrast the children were crying as they did.

“It really hit home how big the issue is. But that’s the reality there. In Uganda itself, a UNICEF household survey discovered that 3 out of 4 young adults were abused in their childhood,” Multani said.

“If our film being in the festival means people will become aware of the issue, and begin talking about how to make a lasting impact, that’s all I could really hope for from this project,” Multani said. “I’m very grateful that the Lift-Off Los Angeles Film Festival chose to share this story with their network, and am eager to see what comes of it.”

The film has since been nominated for a People’s Choice award.