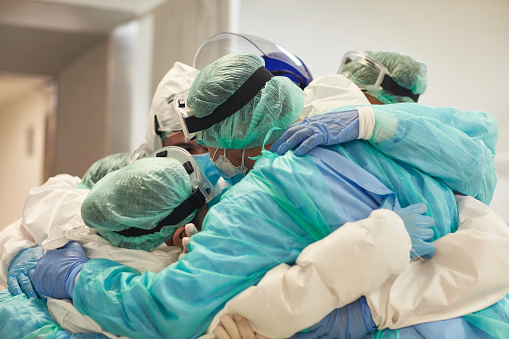 As COVID-19 cases continue to rise in Ontario, the City of Brampton and Peel region are topping the list for the highest concentration of cases.

In Brampton, the last time the levels were similar was back in June. Brampton has now become one of the most impacted cities in the GTA.

Brampton alone has had 4,818 cases confirmed in total as of Sept. 15. There were 29 new cases reported, with 315 cases hospitalized.

Overall, 58 percent of Peel Region cases occurred in Brampton from February to September.

Dr. Ripudaman Minhas, who works with the Inner City Health Program at St Michael’s Hospital in downtown Toronto, spoke on the situation regarding these multi generational households.

He said it’s all a matter of taking the right — and enough — precautions.

“COVID-19 cases are not rising due to having a large crowd of a multi-generational family under the same roof, they are rising because people don’t take the right health and safety measurements to protect their families and themselves,” Minhas said.

Evan Bodini, 17, who lives in Brampton, responded to people who question certain communities.

“I certainly believe that race does not alter the number of COVID-19 cases rising,” he said.

“Overall, it is hard to tell as of now, but the cases will keep rising since some schools and universities have started and having groups of people in a closed space can tend to lead to more new COVID-19 cases. Especially with the winter coming up which is usually known for flu season,” said Minhas.

In addition, Peel Region has currently the biggest amounts of active COVID-19 cases in Ontario per every 100,00 people in which is passing cities such as Toronto and Ottawa.

Meanwhile, Brampton has only one testing centre that can hold an estimated 600,000 people.

A second location is set to open on Tuesday.