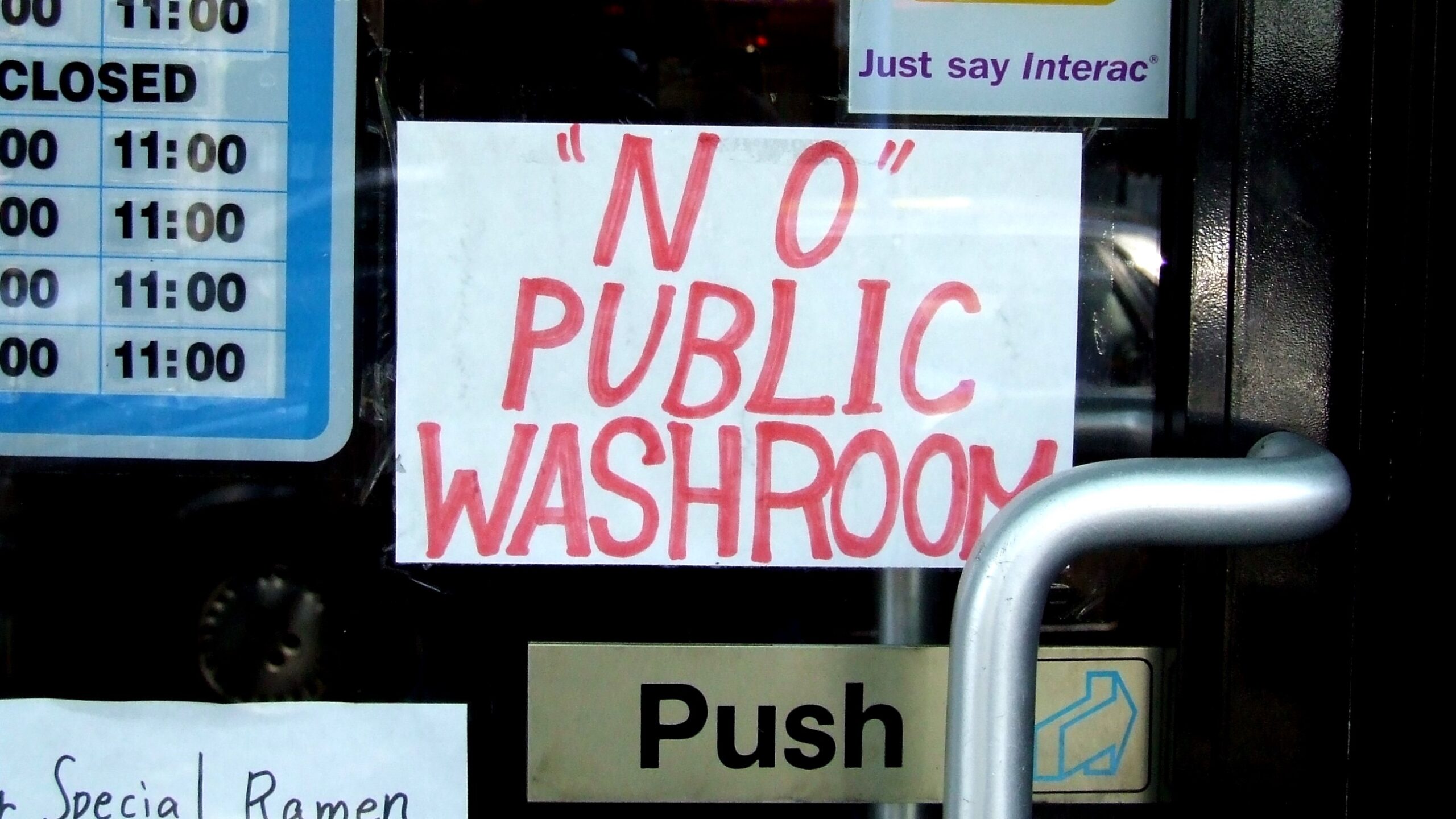 Mathew Parker, a 34-year-old Uber driver, is tired of sneaking in the washrooms of food outlets because of a lack of public washrooms in Toronto.

“The cashier at Spadina Avenue’s Petro Canada gives me a weird look every time I ask for the keys to use the washroom,” Parker said.

He said he believes it is more difficult to find a public washroom in downtown Toronto in comparison to finding a passenger.

The Ontario Food Premises Regulation outlines places like food trucks, manufacturing plants, and restaurants should have washrooms accessible to the general public.

“We allow everyone to use the washrooms,” said Christie Lee, Popeyes’ Brampton branch manager.

Lee said they have to turn away some visitors because it gets difficult to maintain the washrooms most of the time.

However, depending on the washrooms in outlets, every day has its own challenges.

“It gets awkward to go to a Tim Hortons or Subway every time to use the washroom,” Parker said. “The washrooms at these places are mostly available for the customers’ use only.”

An incident in May 2018 led to the restriction. A woman had defecated in front of the employees in Tim Hortons because she was refused to use the washroom.

Tim Hortons then released a public statement stating it follows a “restricted access policy” to ensure the safety and well-being of their guest, Global News reported.

“It is not necessarily up to the private sector to provide the accessibility to toilets,” said Mitchell Kosny, professor of Urban and Regional Planning at Ryerson University.

“They should be part of the public realm and urban infrastructure,” he said.

A city council’s meeting on community service in 2001 underlined the importance of building and renovating public washrooms for homeless people, residents, and tourists.

The design for the larger capital projects included the accessibility to public washrooms and showers at common spaces in the city of Toronto’s 2019 budget summary.

“The development of public toilets works in the same way as other public developments, like parking spaces, public art galleries, and waterfalls,” Kosny said.

He said public washrooms need to be incorporated into how the city plans the physical environment.