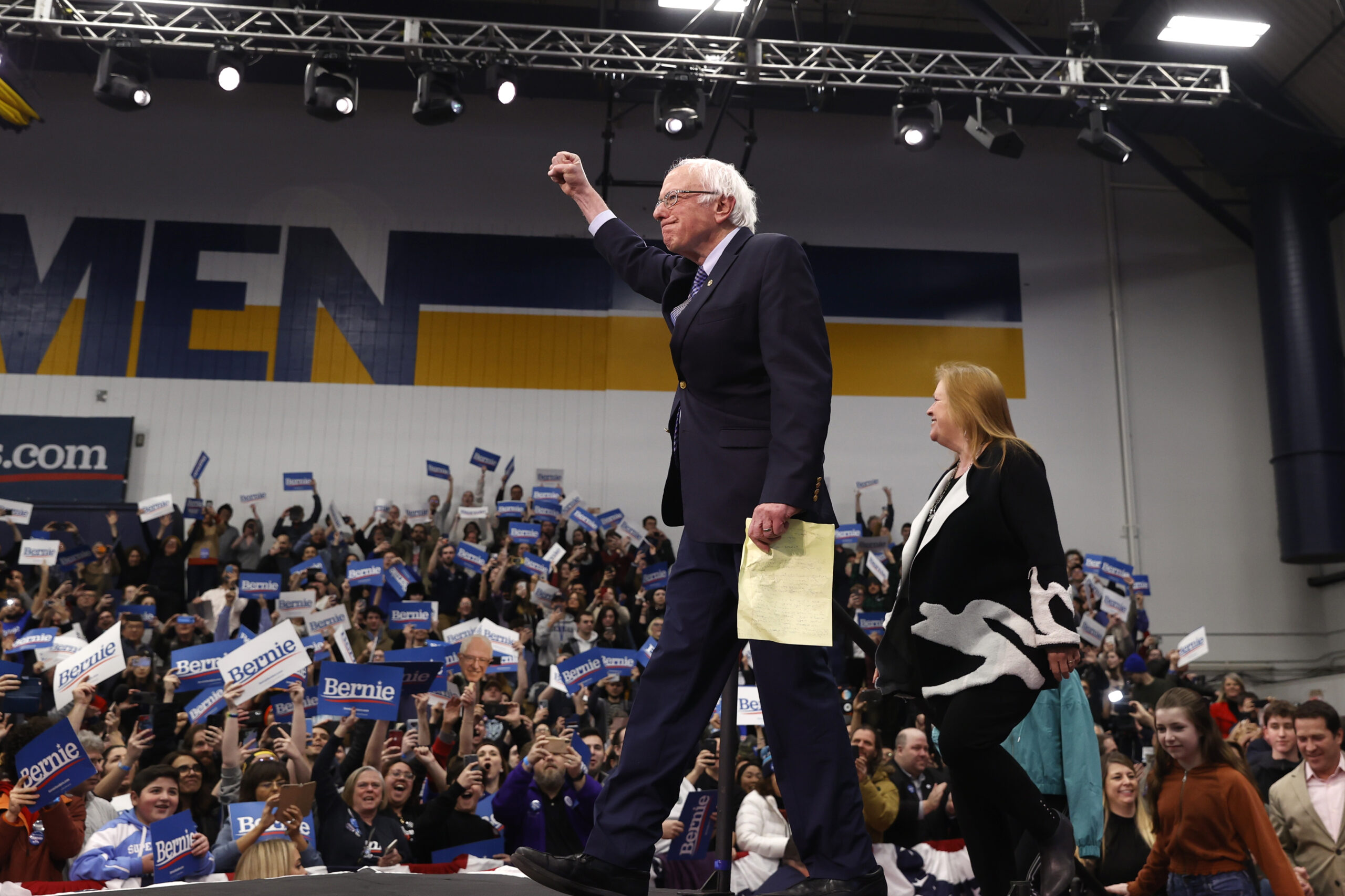 NASHUA, NH — With 94 per cent of the polls reporting, Sen. Bernie Sanders was declared the winner of the New Hampshire Democratic primary Tuesday night, but it was a close call.

As results began to come in from across the state, a three-way race formed between Sanders, former South Bend, Ind. Mayor Pete Buttigieg, and Sen. Amy Klobuchar. At one point, late in the vote-counting, only two points came between Sanders and Buttigieg and the outcome became briefly uncertain.

Sanders and Buttigieg will both receive nine delegates to the convention this summer that will nominate the Democratic presidential nominee while the third-place finisher, Klobuchar, will receive six. Overall, this leaves Sanders with 21, Buttigieg with 23, and Klobuchar with 7 total delegates.

Unlike last week’s results in Iowa, which were delayed by apparent technical difficulties, Sanders’ victory was clear Tuesday night, and Sanders celebrated the win at his headquarters in Manchester, NH, among his supporters and his wife, Jane.

“This victory here is the beginning of the end for Donald Trump,” said Sanders. Sanders shares a common goal with the other Democratic candidates, which is beating President Donald Trump in November. This win has placed Sanders one step closer to achieving this goal.

But Sanders noted that is the goal no matter which of the Democratic candidates takes the nomination. “No matter who wins, and we certainly hope it’s us, we are going to unite together and defeat the most dangerous president in the modern history of this country,” he said.

This is not the first time that Sanders has claimed victory in New Hampshire. He also won in 2016, but at a much greater margin over Hillary Clinton. Sanders will now move onto Nevada and then South Carolina with the other candidates as the race tightens.

The New Hampshire primary is the first of the nation. It comes after days of intense campaigning around the state and, this year, followed the chaotic results process in Iowa. Sanders did claim victory in Iowa, having taken the most votes, but after recalculations Buttigieg came out on top in the all-important delegate couint.

While Sen. Sanders congratulated his fellow opponents in his victory speech, he also spoke about his path to victory nationwide. “The reason we are going to win is because we are putting together an unprecedented multi generational, multi racial political movement.”

Buttigieg, the former mayor of South Bend Ind., came very close to Sanders in the polls as the results came in. He has recently emerged as a frontrunner after winning the most delegates in Iowa. Both Sen. Elizabeth Warren and former Vice President Joe Biden were leading Buttigieg in most polls coming into New Hampshire.

Buttigieg supporters, who had gathered in Nashua, NH, kept a positive attitude at headquarters although they were looking for a New Hampshire win. “I’m super proud of where we made it. Obviously I wish we were up there above Sanders,” said Alex Johnson, 32, of New Hampshire.

During his address at his headquarters tonight, Buttigieg did not accept defeat but instead looked forward to the future of his campaign.

“As we prepare to go west for the first in the west contest in Nevada, as we head to a state that looks like the future, I ask you to join us in taking a stand for a better tomorrow,” he said.

Klobuchar, who received 19.8 per cent of the vote, has surged in recent weeks, especially after her performance in the debate last Friday night. Exit polls have shown that she attracts a large percentage of older voters.

CNN has also reported that Klobuchar has expanded her team as she goes forward to larger states and already has 50 staffers in Nevada. After she gained popularity in New Hampshire and the outcome of the vote came in, she told the audience of her headquarters that, “[they] have beaten the odds every step of the way.”

“We are going to take this show on the road, with all of this New Hampshire goodwill. The best is yet to come,” she said.

Warren did not receive any delegates in New Hampshire and only captured 9.3 per cent of Tuesday’s vote. During her speech at her headquarters, she thanked not only her supporters but also her dog Bailey, who has become a popular figure among her supporers. She will be heading on to Nevada with eight delegates, all previously awarded in Iowa. “We might be headed for another one of those long primary fights that lasts for months,” she said.

Biden spoke Tuesday night from South Carolina, having already departed from New Hampshire, after results began to come in. Like Warren, Biden has fallen behind and was not awarded any delegates. Despite this, he will be continuing onward with six delegates, the lowest amount among the front runner candidates.

Candidates Andrew Yang and Michael Bennet both announced they were suspending their campaigns during their headquarters speeches in New Hampshire, after Yang received 2.8 per cent of the vote and Bennet collected 0.3 per cent.

The next primary will take place in Nevada on Feb. 22.