Hawks in CCAA top 10 after victory over Royals 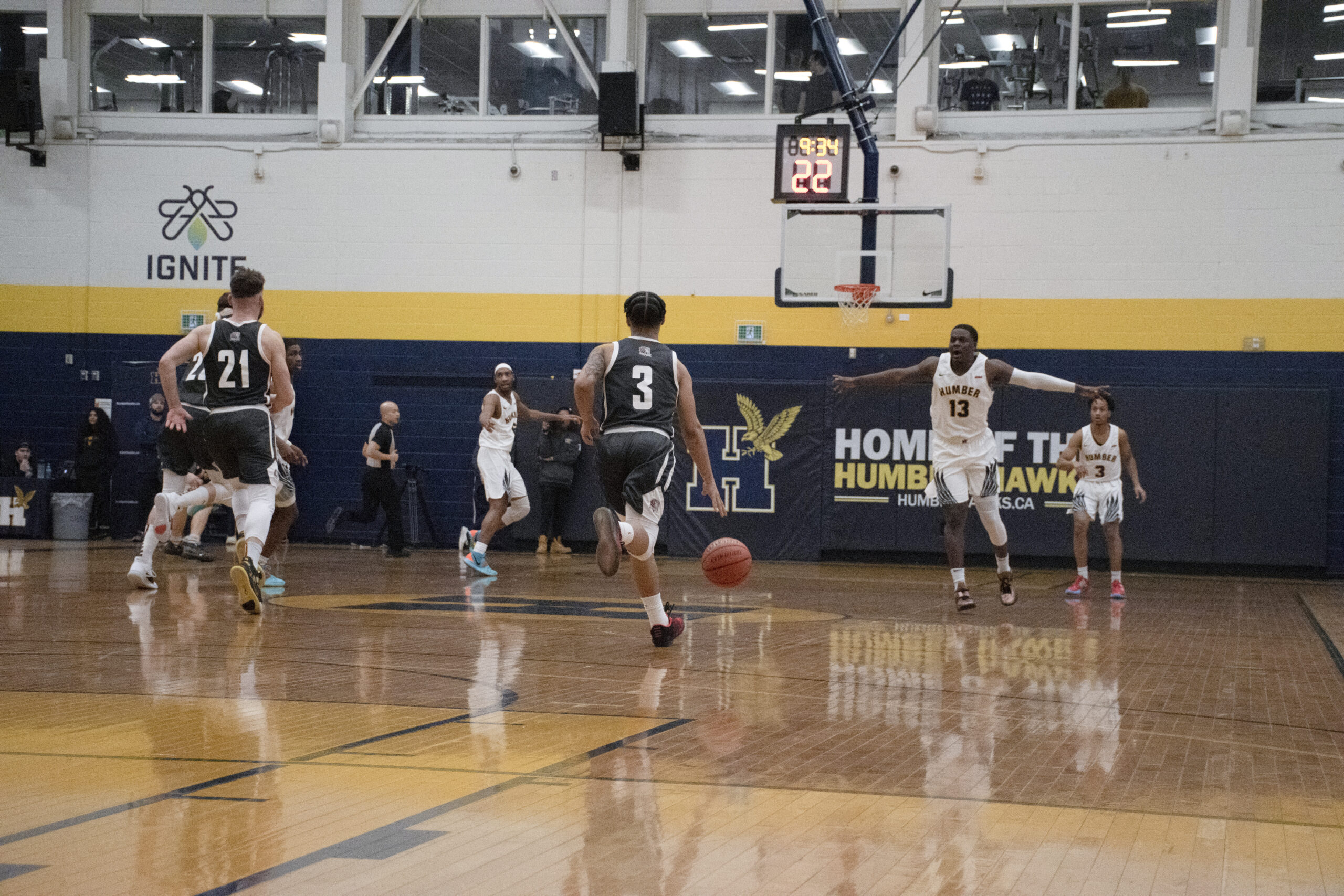 The Humber men’s basketball team gained a spot on the national rankings while exacting some revenge after being tested by the tough Redeemer Royals last week.

The Hawks moved to 10th overall from 11th across the country after winning its 13th straight victory, defeating the 14th ranked Royals 85-74 last Thursday at the North Campus Athletic Centre.

The Hawks have been tearing up the league since losing its first four games. The defence kept Redeemer to its lowest points scored in a game this season.

Fowzi Mohamoud, a third-year point guard, also had a good game offensively by contributing 16 points and three steals in 29 minutes. Fourth-year guard DeQuon Cascart said this was a great win for the team and a great confidence booster going forward.

“It was a great win defeating Redeemer since they already beat us once this year,” Cascart said. “I feel like we can build on the success and continue to win along with being a better team.”

Humber tied the season rivalry 1-1 against the Royals this year by having an all-around effort. Humber netted 34 of 76 field goals for 44.7 per cent and scored 23 points off turnovers.

Redeemer netted only 13 points from the bench, scored 15 points off turnovers, had a 36.6 per cent field goal average, and made 26 of 71 field goals.

“I’m just going out to play, doing what I know I can and should be doing every time I step on the court,” said Morgan, who has been one of the best scorers in the second half of the OCAA season.

“I’m proud of the guys, we’ve been playing very well after a really poor start,” he said.

“We’re getting to where we want to be,” Bewley said. “We’ve won like 13 straight, I think we can continue to win.”

The Hawks are now the hottest team in the West Division.

The 13-4 Hawks go on its last regular-season road trip to face tough teams this weekend, Saturday against the Lambton Lions (9-8), and Sunday against the St. Clair Saints (12-4).