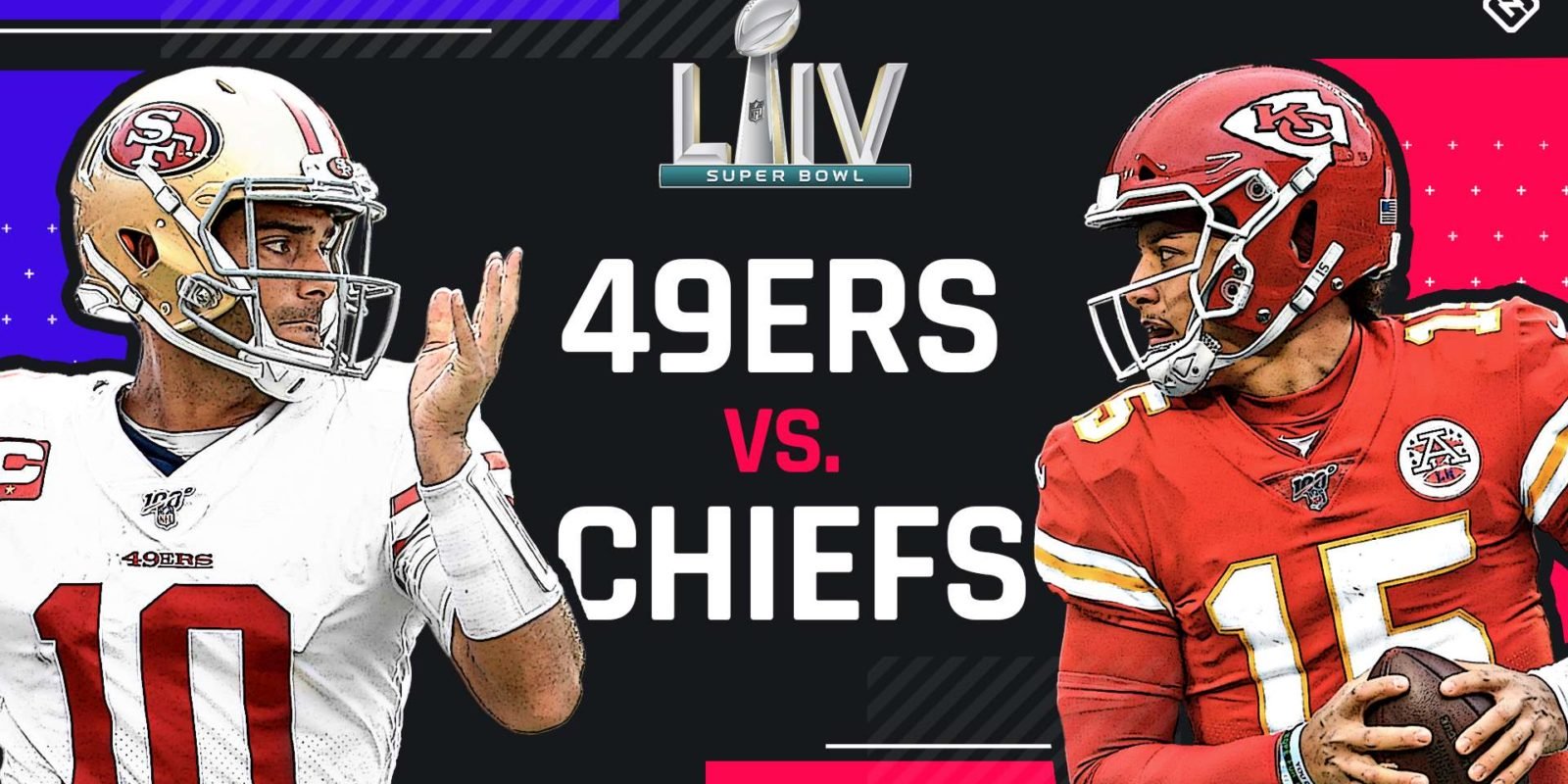 Superstar quarter back Patrick Mahomes and the Kansas City Chiefs will square off against star defensive end, Nick Bosa and the San Francisco 49ers.

The star studded match will be displayed on one of the world’s most televised sporting events with nearly 100 million people watching around the world.

The Chiefs played in the very first Super Bowl in 1967 but have only one Super Bowl title.

The history books are on San Francisco’s side as the 49ers have won five Vince Lombardi trophies.

The two teams faced off during the 2019 NFL pre season with San Francisco beating Kansas City 27-17.

It was a close matchup despite it being a pre season game but it wasn’t until the fourth quarter where the 49ers leaped in front outscoring the Chiefs 14-0 to end the game.

Considering that was a pre-season game, you can only take it for a grain of salt but it somewhat previews what’s to come on Feb. 2.

“It will come down to who makes fewer mistakes, doesn’t turn the ball over, and can capitalize in the red zone,” Anavarathan said “I think San Francisco is the more complete team and pull it off.”

Although the 49ers are considered as the more complete team, with a strong defence led by Nick Bosa and a offence conducted by Jimmy Garoppolo, the Chiefs are favoured to win Super Bowl 54 behind Mahomes and his quick receivers.

Mahomes and his offence has been hot as of late, over coming 10+ deficits in each of their two previous games.

Since the Chiefs are a quarterback dependent offence, the 49ers defence will have to do what they did against Aaron Rodgers and keep Mahomes on his toes.

Terry Lambert, head writer of Music City Miracles said “Nick Bosa and company might just be the best in the business when it comes to keeping quarterbacks uncomfortable.”

With the big game two weeks away, both teams will have plenty of time to adjust.

Recap of the Conference Championship games

The Tennessee Titans and the Kansas City Chiefs kicked off Sunday football with a close game up until the fourth quarter.

The Titans struck first and went up 10-0 early but a Mahomes comeback was inevitable.

The Chiefs erased the 10 point deficit quickly and led 21-17 by halftime.

Their momentum carried them through the rest of the game and propelled them to a 35-24 win.

Mahomes dominated through the air, in what Anavarathan referred to it as “backyard football” and etched their name into Super Bowl 54.

The Green Bay Packers and the San Francisco 49ers featured arguably the two best teams from the NFC.

San Francisco controlled the game through the first half with a strong running game and a shut-down defence, going up 27-0 by halftime.

The Packers were down 34-7 going into the fourth quarter but Rodgers is known for late game comebacks.

Green Bay made a small run in the fourth out-scoring the 49ers 13-3 but it wasn’t enough.

Running back Raheem Mostert ran for 220 yards and four touchdowns which launched the 49ers into Super Bowl Sunday after a 37-20 win.