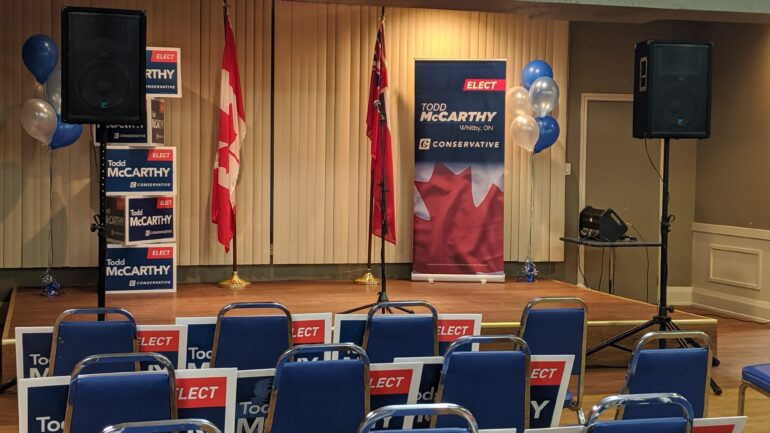 Whitby is located in Durham Region, just east of Toronto, and has a population of 128,377.

Its boundaries are Lakeridge Road on the west, just past Thickson Road to the east, the Scugog-Durham town line to the north, and Lake Ontario to the south.

Whitby has traditionally has been a bellwether riding, meaning it tends to elect a Member of Parliament from the party that wins the election and forms the government.

In an all candidates debate on Oct. 11 in Whitby, climate change was the main issue discussed, said durhamregion.com.

The riding elected Liberal Celina Caesar-Chavannes in the Federal Election in 2015.

She resigned from the Liberal caucus this year and sat as an independent MP in March 2019 shortly after complaining about differences with Prime Minister Justin Trudeau.