The PPC’s Gaurav Walia has lost by 0.5 per cent of the vote.

Out of the five ridings in Brampton, Brampton East is the only district without an incumbent running in the 2019 election.

Located in the northwest Greater Toronto Area, Brampton East is home to a growing population of 122,000 with a South Asian majority of 65.8 per cent. 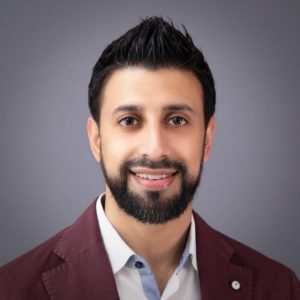 The riding was created by the 2012 federal electoral boundaries redistribution. It came into effect ahead of the 2015 federal elections.

Before the 2015 election, the riding was a part of Bramalea-Gore-Malton and Brampton-Springdale.

Independent MP Raj Grewal, elected under the banner of the Liberal party in 2015, stepped down from caucus due to gambling problems leading to “significant personal debts.”

Sidhu stepped into the race as a Liberal candidate. An entrepreneur, philanthropist and newcomer in politics, Sidhu offered himself as a strong advocate for the middle class youth who think “to succeed, they have to move away from Brampton.”

Conservative Ramona Singh presented herself as an advocate of “personal responsibility, a focus on family and economic opportunity,” in a video on her facebook page. She said she is committed towards fighting crime, and focusing on community safety and housing in Brampton East.

Teresa Burgess-Ogilvie of the Greens promised to focus on “innovative economic, social and environmental solutions.” As an emergency management preparedness expert, she is also working on the release of ‘The Red Guide to Recovery for Canada,’ a resource guide for disasters.

Partap Dua, leader of Canada’s Fourth Front, promised to look at urgent issues such as “the rising population of seniors and baby boomers, the rising cost of living, employment, global warming and functioning of federal government.”