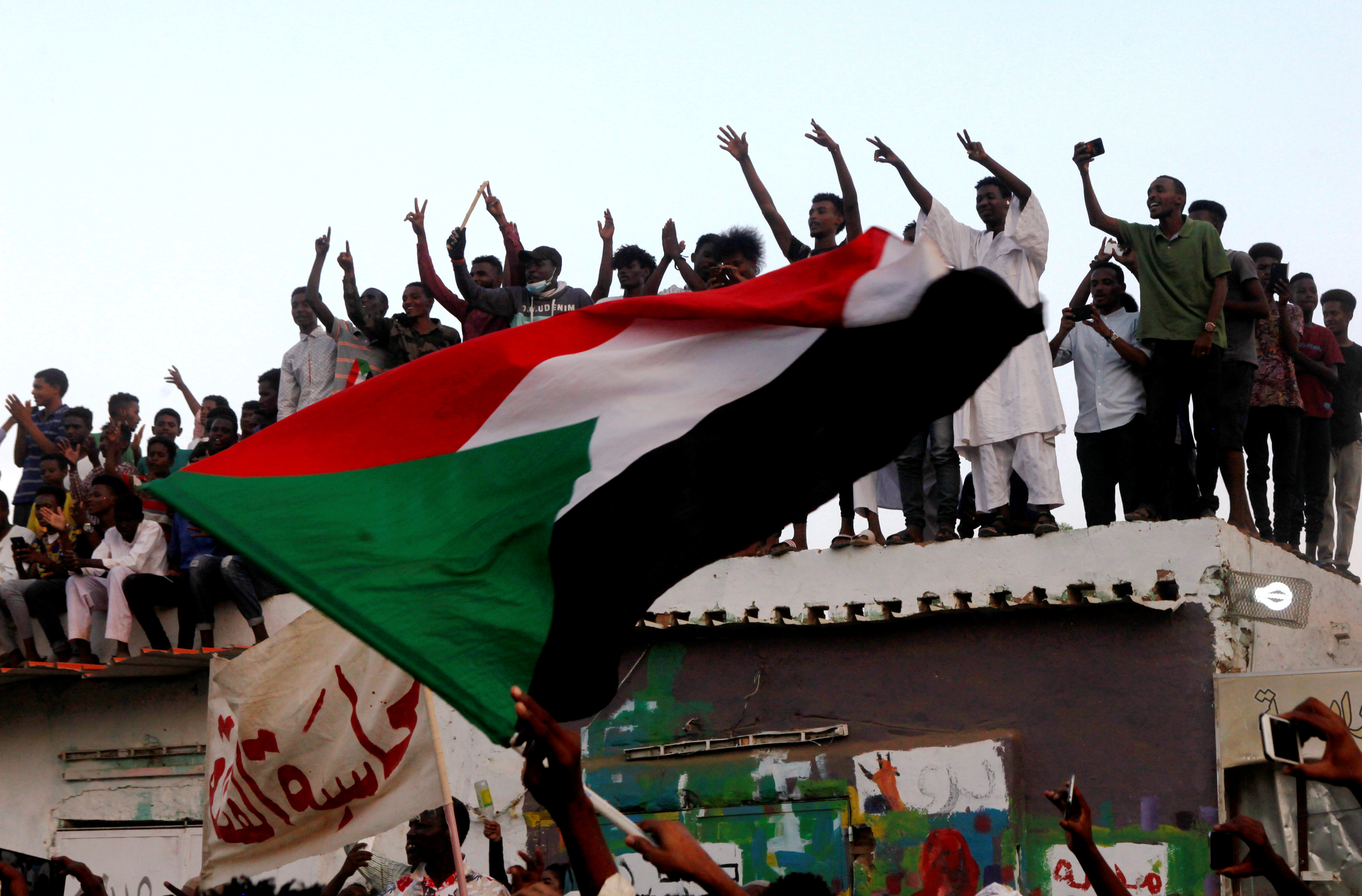 Sudanese chant slogans and wave the national flag as they celebrate in Khartoum, Sudan, on July 5 after the country’s ruling military council and a coalition of opposition and protest groups reached an agreement to share power during a transition period leading to elections. (REUTERS/Mohamed Nureldin Abdallah)

People in Sudan are celebrating after a power sharing deal was announced between opposing forces in the country, bringing them one step closer to establishing democracy.

The ruling Transnational Military Council (TMC) have agreed to a peace deal with the pro-democracy civilian coalition following weeks of violence and an internet blockade.

The joint ruling will see the dissolving of the military council and the two parties ruling together for the next three years until the national election.

Kahlid Ahmed, with the University of Toronto African Studies department who specializes in democracy in Africa, said he’s not sure how joint-rule will work.

“One would wonder how much freedom would actually happen when they start legislating and running the country, because what if the military council or military generals in the council don’t like a specific legislation?” he asked. “Well how would they react to it? What kind of mechanism is there to resolve issues? That’s not clear yet.”

Mohamed el-Hassan Labat, African Union representative for Sudan, announced on July 5 the council will switch between the two groups, with the military ruling for the first 21 months and the civilian coalition ruling for the remaining 18 months.

The new government will also operate under “technocratic” rule, meaning experts will be selected by both sides in specialized areas of ruling until the elections.

“Why is the army in the government? I mean, aren’t militaries in the world generally supposed to defend the country from aggression and violence, but not govern and rule?” Ahmed asked.

He doesn’t believe the TMC has the capacity to rule effectively enough to run institutions, particularly after the violence and internet crackdown earlier in June.

Gen. Mohamed Hamdan Dalgalo, military deputy head, joined with leaders of the Declaration of Freedom and Change Forces to launch a formal investigation into the violence that killed more than 100 people in Khartoum and sparked the crackdown earlier in June.

Ahmed said this investigation doesn’t make sense because the attacks were carried out by the military.

“I don’t think there’s going be a clear and transparent investigation because it is him [Dalgalo] and his militia that actually did this,” Ahmed said.

He said this was one of the major concerns for people who are against this agreement.

Gen. Abdel-Fattah Buhran, head of the military council, stated in a televised statement on Sunday the military did not order the attack on the protest camp in June.

Developments are ongoing as the two groups continue to discuss their joint ruling of Sudan.