Mission to the moon’s 50th anniversary 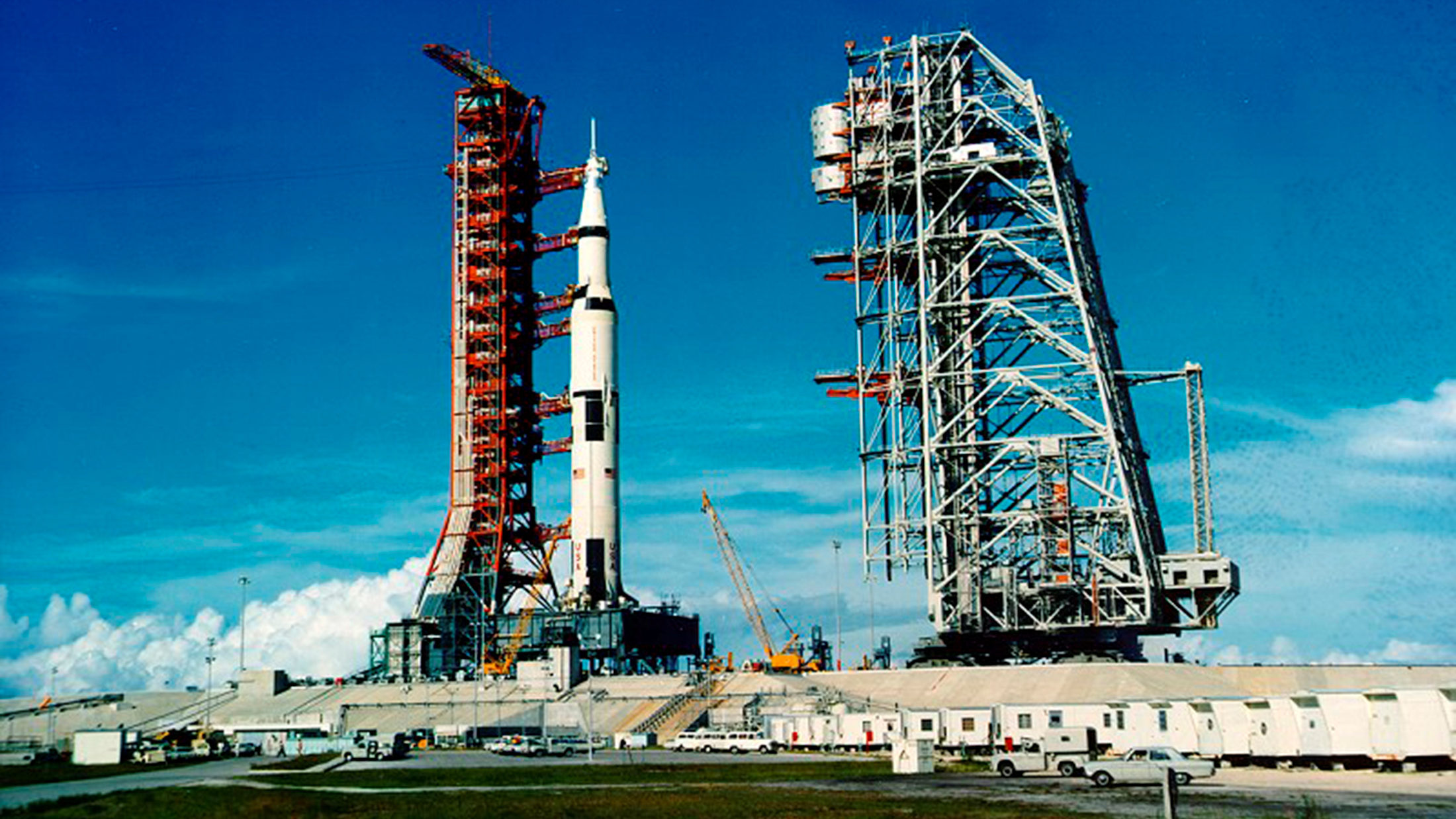 The Saturn V rocket carrying Apollo 11 on the launch pad at the Kennedy Space Center on July 1, 1969. (REUTERS/NASA)

It has been 50 years since the “giant leap for mankind” landed Buzz Aldrin and Neil Armstrong on the moon.

Approximately one million people traveled to Florida to watch the launch live. Another 500 million around the world watched on television.

NASA is commemorating the 50th anniversary of Apollo 11 with features throughout the week, including new exhibitions at the Kennedy Space Center Visitor Complex in Florida.

An airing of the original launch footage was shown at 9:32 a.m. on July 16 near the the pad where the launch took place.

LIVE NOW: Tune in to hear from #Apollo11 astronaut Michael Collins as we count down to the exact moment when three humans lifted off from @NASAKennedy's Launch Pad 39A on our #Apollo50th journey to walk on the Moon: https://t.co/oAs1n8DQoc

After launch, the Apollo 11 mission traveled for about 76 hours before entering a stable lunar orbit.

On July 20, Neil Armstrong and Buzz Aldrin exited Eagle, the lunar landing module, and became the first humans to walk on the moon. A total of 12 American astronauts walked on the moon during the Apollo space program, last two in 1972. The U.S. has pledged to return to the moon by 2024.

The crew returned to earth on July 24, 1969. They were rescued from the Pacific by the USS Hornet and put into medical quarantine.