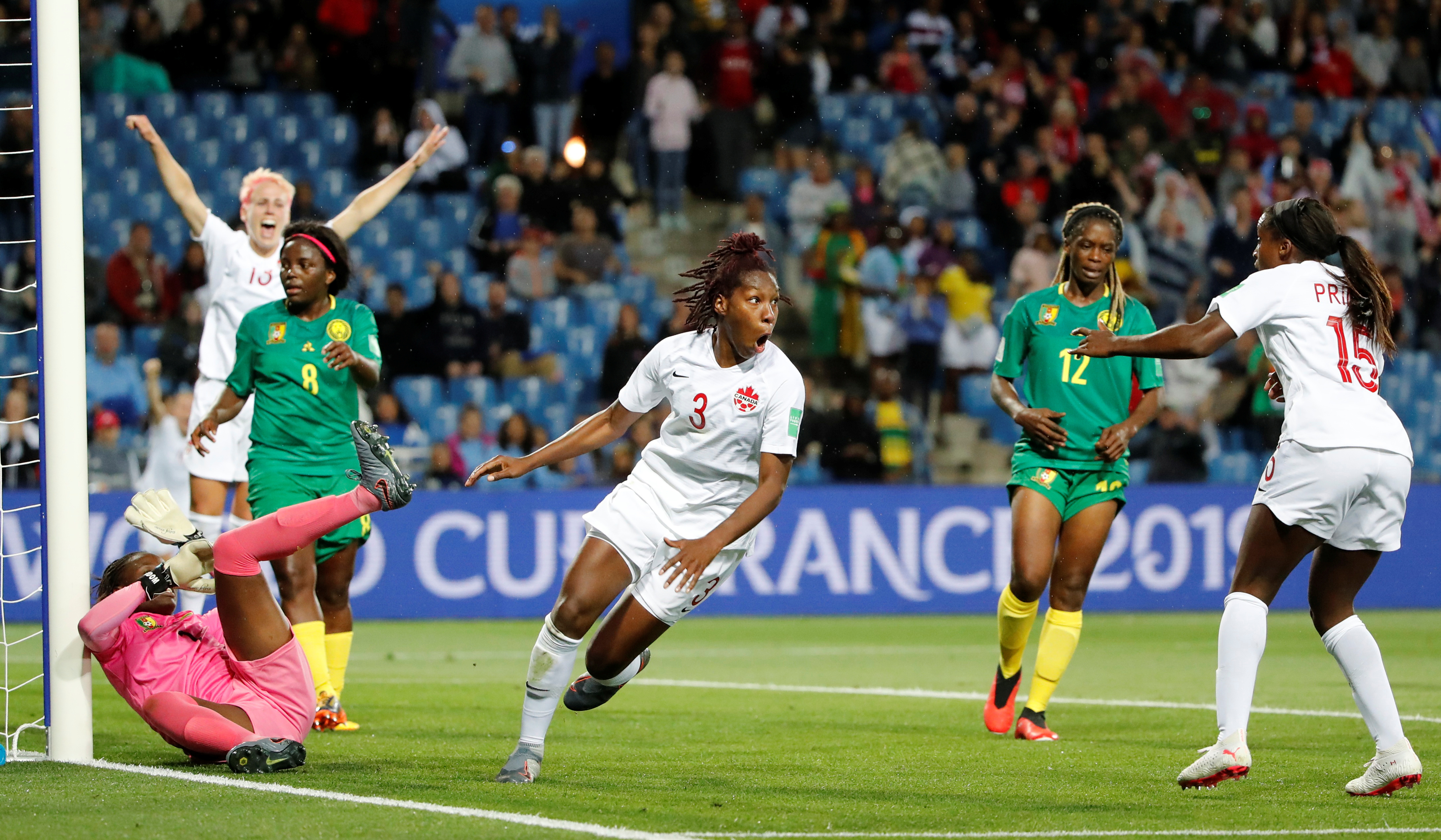 Fifth-ranked Canada edged out a determined Cameroon team 1-0 to win their opener in this year’s Women’s World Cup in France yesterday.

Just before the end of the first half, centre back, Kadeisha Buchanan ran into the box unnoticed to connect with a Janine Beckie corner kick to put the ball into the net.

In a game that Team Canada dominated, that was all they needed to kick off their campaign with three points.

“As we keep them in the game, it will be tighter, we wanted to score early to get that pressure off our backs,” Buchanan said in a news release.

Canada’s captain and star player for the past 19 years, Christine Sinclair is looking to lead her team to World Cup success but is also chasing individual history. 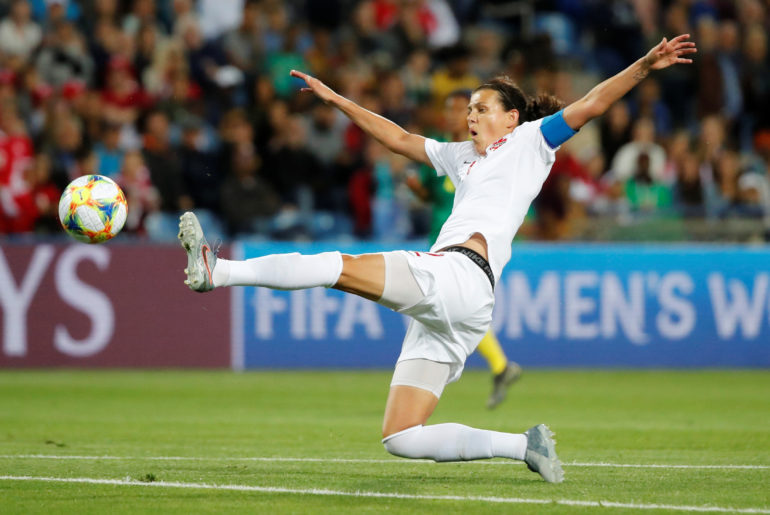 Christine Sinclair stretching to get a toe to the ball as she looks to get one step closer to breaking the international all-time goals record in Canada’s World Cup opener against Cameroon on June 10 in Montpellier, France. (REUTERS/Jean-Paul Pelissier)

“I wouldn’t be surprised if that record, that she has been chasing for a long time, is broken in the round robin,” said Laura Armstrong, a sports reporter with the Toronto Star who covers the women’s national soccer team.

She said if that does happen, it will be a weight off Sinclair’s shoulders.

Sinclair, turning 36 on June 12, is less able to take control of matches as she once was.

Armstrong said Buchanan, along with a group of young players looking to make an impact on the biggest stage, will be important in pushing Canada toward success in France.

“They are a younger team and in theory, they have less international experience but this team is far more talented than the previous iteration in 2015,” she said. 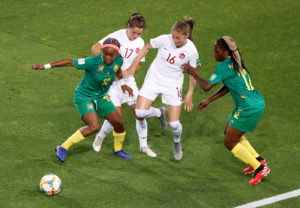 Canada’s young stars Jessie Fleming (17) and Janine Beckie (16) battling for the ball with Cameroon players in Team Canada’s 1-0 win in their opening game at the 2019 Women’s World Cup in France on June 10. (REUTERS/Eric Gaillard)

“Jessie Fleming is going to be huge for the Canadian team. She’s only 21 years old but she is one of the most influential players,” Armstrong said. “She’s the playmaker.”

She also said the 24-year-old Janine Beckie is Canada’s second top scorer since 2015 and will be an important attacking alternative to Sinclair.

Going forward, Team Canada will face more stern opposition in New Zealand on Saturday and the Netherlands on June 20.

“The biggest challenge will certainly be the Netherlands,” Armstrong said.

The Dutch women’s national team, who qualified for the World Cup for the first time in 2015, are a rising power in world soccer after winning the UEFA Women’s Euro in 2017.

They presented Canada a challenge in 2015 when the two nations played to a 1-1 draw and have already won 1-0 in their opener in this tournament against New Zealand from a late injury-time goal from Jill Roord.

The final match of the group stage against the Netherlands is not only important to gain qualification to the round of 16.

“Frankly, the path to the final becomes significantly easier the way the schedule is laid out for Canada if they win the group,” Armstrong said.

Most of the powerhouses in women’s international soccer are off to a good start with hosts France, England, Germany and Brazil all beginning the tournament with wins.

Number one ranked and defending World Cup champions, the United States, are in action later today against Thailand.

The women’s game is as strong as it ever has been, which is clear in the growing number of talented teams participating in the World Cup this year.

“There is more parity in this tournament than ever seen before,” Armstrong said.