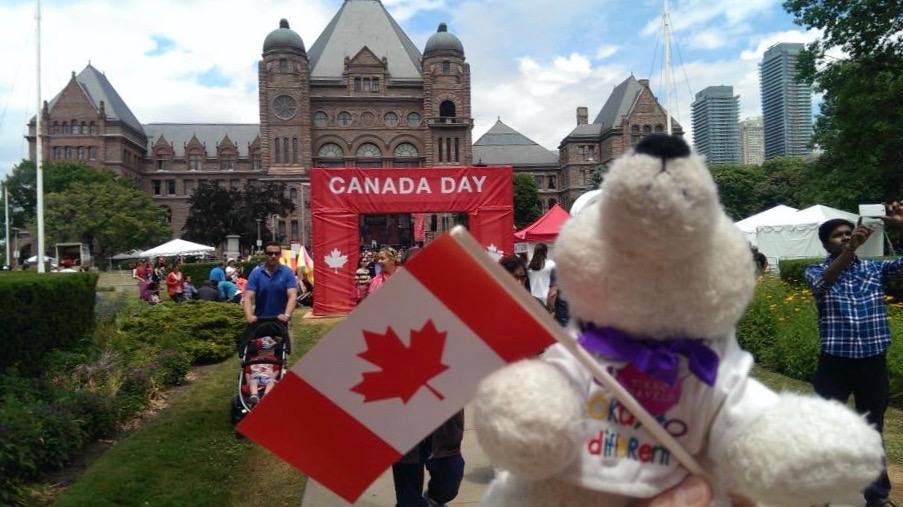 People walking through Queen’s Park during the 2016 Canada Day celebrations. The event was cancelled by the provincial government this year as it redirects funds to provide free access to 10 others locations. (Facebook/Tikko Travels)

Ontario’s legislature will no longer host a Canada Day celebration, claiming declining attendance pushed the government to cancel a decades-old tradition of celebration.

Instead, the government will redirect $80,000 to 10 different sites across the province.

The first 500 visitors will receive free admission to the 10 different Ontario attractions including the ROM, Ontario Science Centre, McMichael Art Gallery, and others.

“I’m shocked and disappointed,” said Wendy Limbertie, executive director for Community Folk Art Council of Toronto. “This Canada Day celebration at Queen’s Park has traditionally been a celebration for kids and families.

“They have this great grass green area out front and all sorts of fun activities for children to enjoy,” she said.

Limbertie currently organizes the festivities of Canada Day at Young-Dundas Square but has previously partnered with Queen’s Park for Canada Day celebrations and knows how much positive feedback both events have attracted.

The Canada Day celebration at Queen’s Park has taken place since 1967 and has included performances, crafts and a 21-Gun Salute.

In the past, The legislature’s Canada Day celebrations have cost more than $400,000 in the past.

Some are not happy about the change of plans, suggesting it is a political move by Premier Doug Ford.

“Of course, with what recently happened with the Raptors parade celebration at City Hall where Doug Ford was booed when he came on stage, and he’s perhaps worried that he’s going to be booed again at Queen’s Park,” Limbertie said.

Others feel it is important that every legislature across Canada should celebrate Canada Day in their own way and honour the country they call home.

“Despite lower numbers of attendance in the last few years, it was still a great celebration that honoured our veterans,” said Jennie Stevens, NDP MPP for St. Catherines. “As well, it provided a place for families to come for free entertainment, there was no financial obligation. I loved that it was accessible for all.

“Some of the funds to provide free entry to different celebrations around Toronto means that aspects of the Queen’s Park celebration such as the 21-Gun Salute, will not go on as planned,” she said.

For others, they are looking forward to celebrating the nation closer to their hometown.

“It’s unfortunate that the celebration isn’t taking place there anymore because I remember going when I was younger with my family,” said William James, a Waterdown resident. “But I no longer live in Toronto so celebrating at a location closer to home for free is just as good.”

Other celebrations will be taking place for residents around the GTA and for those in the downtown core.

The multi-cultural celebration taking place at Young-Dundas Square will kick off at noon on Canada Day and runs until 9 p.m.