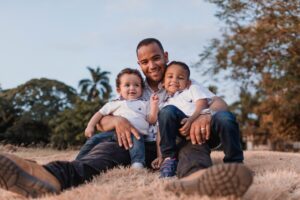 Fathers are a large focus of Men’s Health Week which occurs every year the week before Father’s Day. This year it runs from June 10 to 16 and highlights important issues including prostate cancer, mental health, and smoking cessation. (pxhere/n.a.)

Canadian Men’s Health Week began yesterday and its aim is to increase awareness around men’s health issues in Canada.

The event was created in 2014 by the Canadian Men’s Health Foundation (CMHF) and is held annually the week before Father’s Day. This year it runs from June 10 to 16.

According to their website, the three goals of CMHF are: building awareness around men’s health issues, changing attitudes towards men’s health and wellness, and adjusting behaviours to build healthy lifestyle habits.

“We want men to be more proactive around the basic lifestyle factors that help prevent the onset of preventable, chronic conditions,” Hartrick said.

He said that men are generally not as proactive about their health as women, especially concerning personal care, basic lifestyle habits, and nutrition.

“We do our awareness to reach men mainly through the digital world,” Hartrick said.

He indicated that men make up 85 per cent of heart disease cases and 60 per cent of obesity concerns.

Men’s Health Week is supported by the Public Health Agency of Canada and they state on their website that the occasion is an opportunity to raise awareness towards men’s health concerns.

They also found that 47 per cent of men skip a meal and 61 per cent skip regulated breaks at work at least once a week.

John Oliffe, a professor and associate director of research at the University of British Columbia, said that health is such a complex area and focusing on men is about trying to get services right for their needs.

“It’s important to understand that we’re not taking health opportunities away from other groups by focusing on men,” he said. “If we do well to help men with better and healthier lives, we’ll actually impact everybody’s health.”

“[Men are] not so good at social connection,” Oliffe said. “A lot of guys tend to be loners and I think we got really good evidence that suggests that if you connect with other people, you’re just gonna be better for it.”

Bernard Robaire, a professor in pharmacology and therapeutics and of obstetrics and gynecology at McGill University, specializes in male reproductive systems and men’s health.

He indicated that prostate disease in older ages is a big issue that isn’t addressed enough.

However, he said that prostate cancer is very easy to handle if it’s in its early stages and it’s much more of a killer in the advanced stages, so early diagnosis is very important.

Oliffe said that most men live with prostate cancer as a chronic illness and many men are getting diagnosed earlier in life.

“I think that’s an issue because you’re asking guys to live differently and I think we have to help support those changes because we know transitions for men can be pretty challenging,” Oliffe said.

Both Oliffe and Robaire stressed the fact that men’s health is all-encompassing and does include mental health concerns.

“Men face some challenges differently, an example would be depression so what we see in a lot of men is that they’ll present with irritability, anger, impulsivity issues, and addictions,” Oliffe said. “We often see that and that’s not necessarily the traditional signs that you’d expect to see.”

Oliffe said that 60 per cent of men who are suicidal have seen a doctor in the past 12 months so the help they get might not be the help they need.

“Men are diagnosed with depression at half the rate of women and with suicide at three to four times the rate, so mental health is definitely on the agenda now more than it’s ever been,” Oliffe said.

Robaire said that being diagnosed with a male disease such as testicular or prostate cancer can create issues of maleness and mental health concerns.

“Proper counselling and support is really essential and it’s not well provided for, I think it’s one of the real weaknesses in our health care system,” Robaire said.

Despite the increasing efforts, Oliffe said that the stigma tends to mute some of the very important conversations so it’s hard to destigmatize something that isn’t being talked about which is why professionals are trying to start the conversation.

Hartrick said that men have four times the successful suicide rates as women.

“Women attempt suicide at about equal numbers, but men tend to use much violenter and determined means,” he said.

There are a variety of ways to improve men’s health but a common theme is the need to quit smoking.

“The number one thing to improve health is to stop smoking,” Robaire said. “That has more consequences on testosterone production, infertility, every cancer including prostate cancer, and heart disease.”

Robaire also listed daily exercise, regular physicals, and decreasing the use of plastics for food as ways to improve health and aid against illnesses.

“Our big message of Men’s Health Week is to be aware of your health. Men tend to deny the need to be aware of their health and our message is that you don’t have to be a marathon runner to be healthy, you just need to make sure that you keep an eye on moderating some positive things,” Hartrick said.