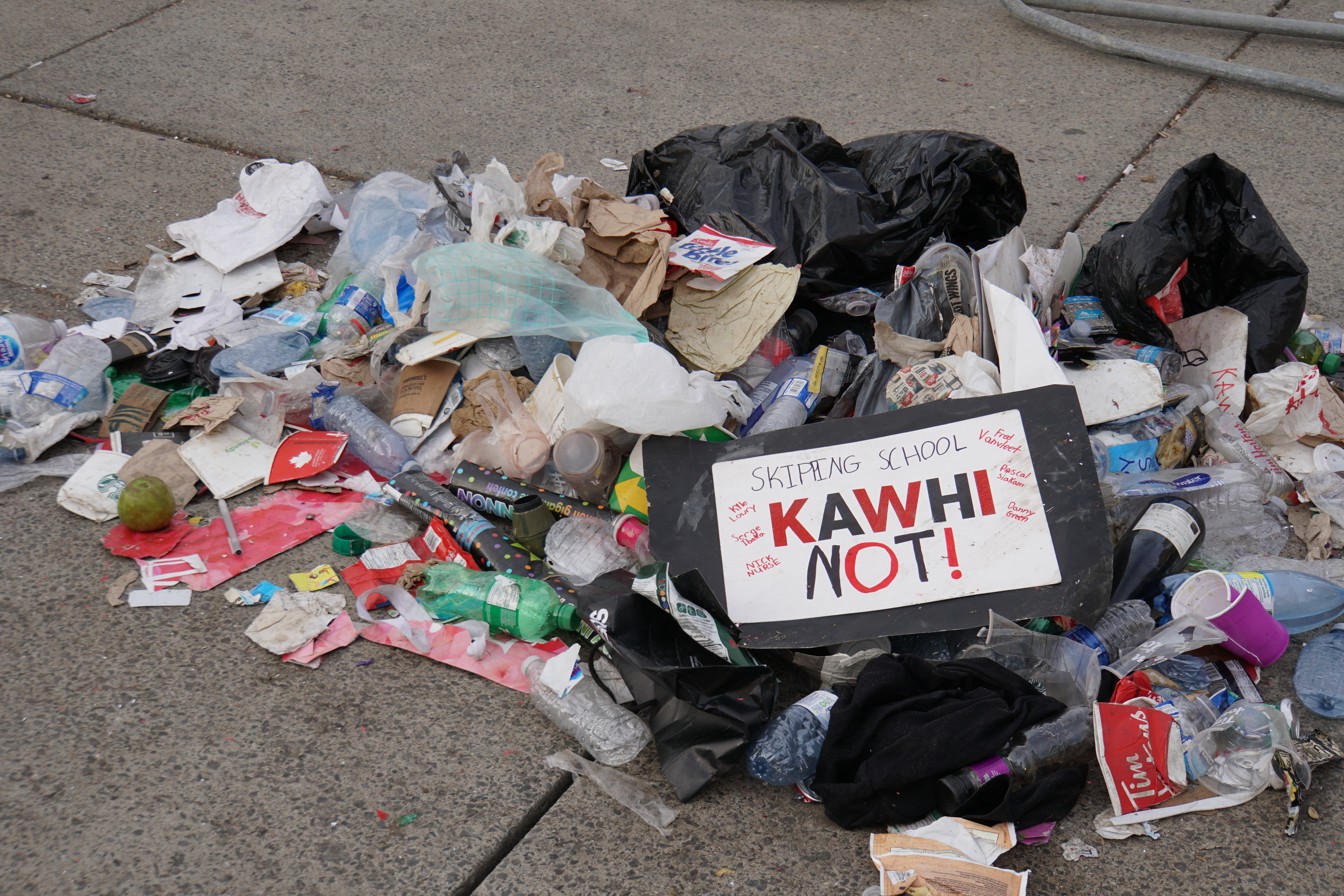 Shoes, blankets, folding chairs and a stroller were among the 26 tonnes of garbage left behind by Raptors fans after their rally on Monday.

The event, put on by Maple Leaf Sports Entertainment with the collaboration of Toronto Police and the city, brought an estimated 100,000 people into Nathan Phillips Square with another one million along the parade route that started at the CNE.

After the party was over and most of the fans were gone, the cleanup started.

The city deployed five street sweepers, two litter vacs and 34 workers to pick up more than 22,680 kilos of refuse. The machinery required 12 city staff to operate.

“Who leaves behind a single shoe?” asked April Huang, who lives close by and was passing through the Square at 7 p.m. while on her way home. 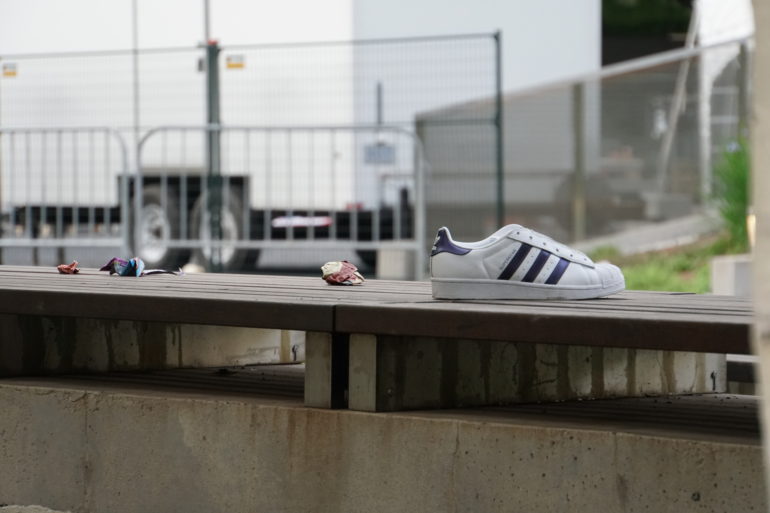 A few individuals, pulling bikes and shopping trolleys laden with bags full of bottles and cans, picked through the mounds of debris.

One rally sign reading “Skipping School Kawhi Not” lay atop a heap of plastic bags, bottles, and food wrappers.

On the west side of the square, a mobile hand washing station that had been set up outside portable toilets were tipped over and covered in used napkins and bottles.

A number of Twitter users expressed their unhappiness with the state of the Square and surrounding streets.

The amount of trash on Queen St post #RaptorsChampionshipParade really makes me appreciate how much cleaner the streets are every other day of the year. pic.twitter.com/uBOrjZaZzy

While street sweepers brushed plastic bottles and Tim Hortons cups out of the gutter on Bay Street, the detritus that filled the Square was swept into large piles, allowing enough space for work crews to manoeuvre pallets of guardrails to waiting transport trucks.

City officials said the waste will be taken to a Solid Waste Management transfer station before heading to landfill.

The city’s provides approximately 9,300 street level litter and recycling bins across Toronto. Humber News counted eight standalone garbage bins in the Square, three of which were tipped over with the other five completely overflowing.