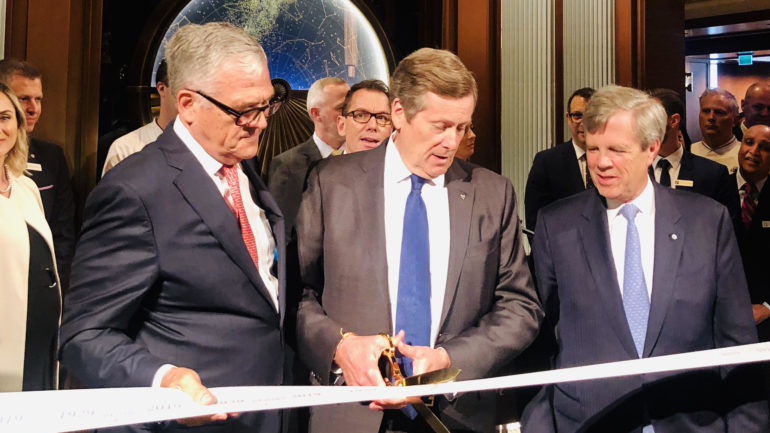 The Fairmont Royal York, a landmark hotel originally created by Canadian Pacific and located in the heart of downtown Toronto, celebrated its 90th anniversary on June 11.

The renovations were revealed to hundreds of guests at the celebration, which doubled as a charity event

“Today we announce the donation of 90 complimentary luxury room nights to Heritage Toronto, who will disperse them across the city to raise funds to support more than 100 community and volunteer heritage organizations they currently work with,” said Edwin Frizzell, the Regional Vice President, and Fairmont Royal General Manager.

Since 1929, the hotel has welcomed millions of travellers from around the globe, including dignitaries from the G20 Summit, U.S. President Bill Clinton and the Queen.

“As we celebrate 90 years of outstanding service, incredible people and history-making moments, it is with great pride that we prepare to unveil the most significant transformation this building has ever seen,” Frizzell said.  “A grand scale renovation that both modernizes the property and stays true to our past, this project is a reflection of our storied history and a look into our exciting future.” 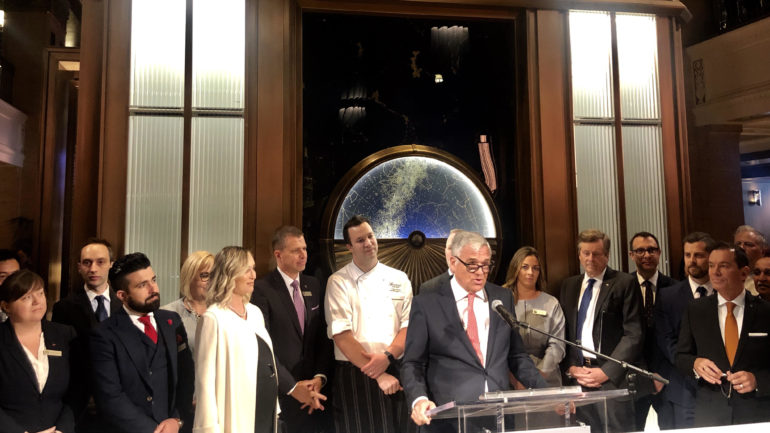 KingSett Capital and Project Leader of Fairmont Royal York Hotel while giving a speech for the 90th anniversary of the hotel. (Su Kustric)

Fairmont Royal York is a Gold Sponsor of the third biennial edition of ‘Toronto of the Future’, an exhibition highlighting real estate and infrastructure projects that will shape the landscape of Toronto in the coming years, said Paul Campbell, KingSett Capital’s project lead for Fairmont Royal York Hotel.

Also debuted was a two-sided clock in the lobby, created by US-based, Electric Time Company. Campbell said the clock reflects the hotel’s timelessness, with one side showcasing a constellation and the other side a traditional face.

The hotel’s original clock was installed in 1929 and made by the Self Winding Clock Company of New York, who supplied Canadian Pacific with many clocks since 1916. 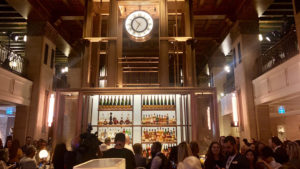 “This new 90th anniversary clock will stand as a testament to those who have worked vigorously in the past to welcome visitors and Torontonians alike to this celebrated hotel,” said Campbell.

“This is an important occasion for the city, we need this kind of hotel and these kinds of investments which is fundamental for the success of the city,” Tory said. “I would like to say, thank you from the city of Toronto.”