Canada to eliminate single-use plastics by 2021 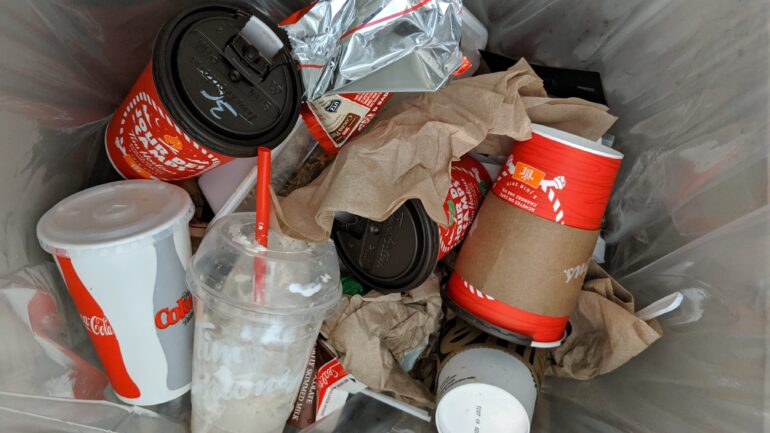 Prime Minister Justin Trudeau announced on Monday that Canada will be free from environmentally harmful single-use plastics by early 2021.

This includes straws, bags and cutlery.

“Our approach, including determining which products fall under the ban, will be grounded in scientific evidence and closely mirror the actions being taken by the European Union and like-minded countries,” Trudeau said. “This is to reduce pollution and protect the world’s oceans.”

As per several reports, the earth is getting worse, day by day, due to uncontrolled deposits of plastics and other deadly substances in landfills.

By collaborating with provinces and different industries, the government will establish particular standards for extended producer responsibility programs across Canada, Trudeau said.

Companies that manufacture or sell plastic items with plastic packaging will be responsible for the collection and recycling of their plastic waste, he said.

Canadians throw away $8 billion worth of plastic material every single year, Trudeau said. By recycling or reusing these plastics, the country can reduce pollution, generate billions of dollars in revenue and create approximately forty-two thousand jobs.

“This is what it means to innovate for the future, protect the environment and grow the middle class,” he said

“To be honest, as a dad, it’s tough trying to explain this to my kids,” Trudeau said. “How do you explain dead whales washing up on beaches around the world, their stomachs jam-packed with plastic bags?”

According to several reports, many countries adopted several strategies to reduce the usage of plastics.

These items can easily be replaced by reusable products or materials that are less harmful to species and the environment. By 2050, the oceans will contain more plastic than fish by weight, the survey said.

In 2018 Humber College’s office of sustainability organized the #SkipTheStraw campaign as part of a national straw elimination day, which is a movement to ban the use of plastic straws from daily routines. 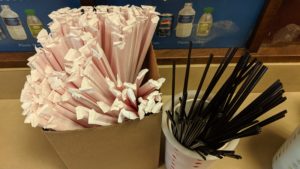 Plastic straws and stirrers will be banned by 2021. (Alan Jose)

“Plastic straws are creating a huge problem for our environment,” the office said in a blog post. “They are filling our landfills, soil, oceans and wildlife habitats. The problem is plastic straws don’t biodegrade for more than 500 years, resulting in plastic toxins seeping into our water resources and wildlife habitats causing pollution and a threat to our wildlife.

“Reduce and reuse that’s the first thing we need to do,” Lindsay Walker, sustainability manager at Humber College, said.

Walker aims to educate people about the impact of single-use plastics and hopes they will change their mind about using them.

“I know that it’s very hard to avoid plastic completely, but it is possible through various methods,” she said.

Biodegradables are also problematic when they are not properly disposed of in composts, she said. They will fill the landfills the same way plastics do.

“We are also expecting a better replacement for plastic items like straws and lids like Harvey’s and some other famous restaurants did,” a Tim Hortons staff Mabin Antony said.

It is believed that over five trillion pieces of plastics currently litter the oceans, affecting a large underwater ecosystem, said the Ocean Cleanup, a non-government engineering environmental organization based in Netherlands.

Studies by The Ocean Cleanup have shown that single-use plastics like straws and polyethylene bags are a dangerous threat to the landfills and oceans as well.