Vaughn Azzurri looking to take advantage of the Canadian Championship, win or lose 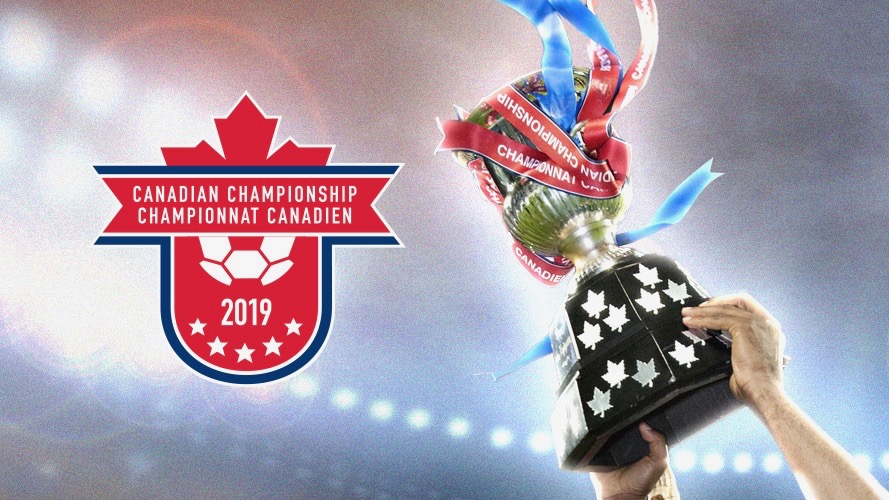 The Canadian Championship provides an opportunity for amateur and professional soccer teams to compete with each other for CONCACAF Champions League qualification. (Canada Soccer)

The second leg takes place at Wanderers Ground in Halifax after the first leg ended in a 3-2 loss for Vaughn Azzurri at their home ground, the Ontario Soccer Centre.

The amateur club’s participation in the Canadian Championship has been felt at the club and across League1 Ontario with support coming from all involved with soccer in the province.

“It’s been really great. The league has assisted us in every possible way. Other teams have continued to wish us luck. Everybody is getting behind us,” said Patrice Gheisar, Vaughn Azzurri first-year head coach.

The continued objective to professionalize soccer in Canada with the new CPL and expanded Canadian Championship has made positive ripples down to the amateur and grassroots levels of the game.

The champions from League1 Ontario and Première Ligue de soccer du Québec earn qualification for the Canadian Championship each year.

“It’s obviously a carrot. Becoming that amateur team being involved with all the pro teams. It gives us a chance to not only represent the club but also the whole league,” said Isacco, now the first-assistant coach with CPL club York9 F.C.

Vaughn Azzurri’s participation in the tournament this year made an impact at all levels of the club, Gheisar said.

“We are honoured in terms of the opportunity. We have 1,000 to 1,100 people at the [first leg]. The kids are talking to our guys asking how it feels, wishing them luck, sending them messages and posting things on social media,” he said.

The first leg ended in heartbreaking fashion as Mohamed Kouruma slotted home a 93rd-minute penalty to give Halifax the win after Vaughn fought back from a two-goal deficit. 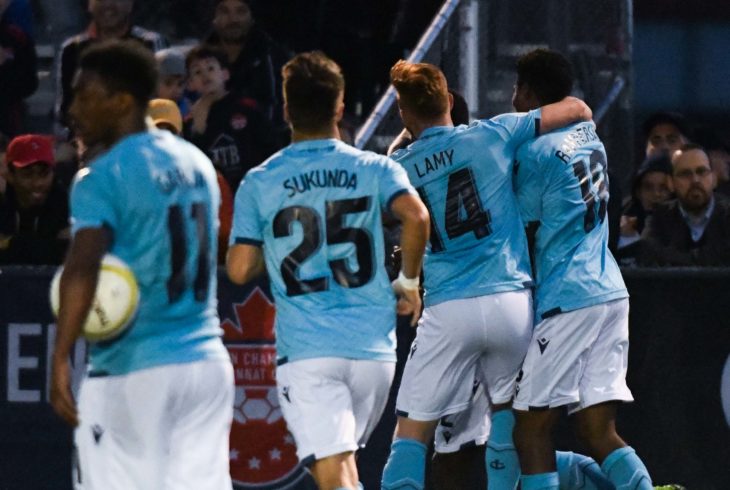 Odds are against Vaughn but the opportunity to qualify and represent their club, league and province with pride remains.

“The setback was hurtful,” Gheisar said. “I think the guys realize that whatever happened was in our hands. We made some mental mistakes, but we also showed a lot of strength to comeback from being down 2-0.”

“It’s the ultimate investment in time and energy to make sure to give opportunities to our youth,” Isacco said.

“Whether it’s [Dayne] St. Clair or Kamal Miller getting drafted into MLS or Mark-Anthony Kaye playing and making a massive impact … that’s why we do things,” he said. 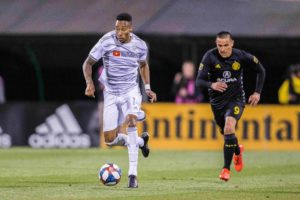 Gheisar said with the new CPL he expects even more players moving on from the club to play professionally.

“The championships and all the wins matter but seeing some boys in our team that have been with us for some time get a chance at that level makes me extremely proud,” he said.

“I think we lost a total of 12, but we believe this year we are going to lose even more,” Gheisar said.

“We couldn’t be prouder,” Gheisar said.

Win or lose, Gheisar wants his players to take away positives from the experience and expose themselves on a larger stage.

“I want our players to realize they have the ability to compete with anyone in the CPL, as a team or individually,” he said.

“Most importantly, on a macro-level, we are looking to take experience out of this and take that experience into our league, finish the season on a good note and be back next year,” Gheisar said.

It’s a tough ask for Vaughn to get the result out east but there is still belief in the camp that they can come out on top and, if they do, celebrations would certainly be in order.

“We also believe the work isn’t done. There are a lot of minutes tomorrow for us to plead our case to make it into the second round,” Gheisar said. “I can tell you if we win, and I should say when we win, I will send an email to all of Ontario to host a party at my own house. That won’t be a problem.”

Two other second legs will also be taking place on Wednesday.

York9 FC host AS Blainville after a 0-0 draw in the first leg and Cavalry FC take a 2-0 lead into their second leg against Pacific FC.