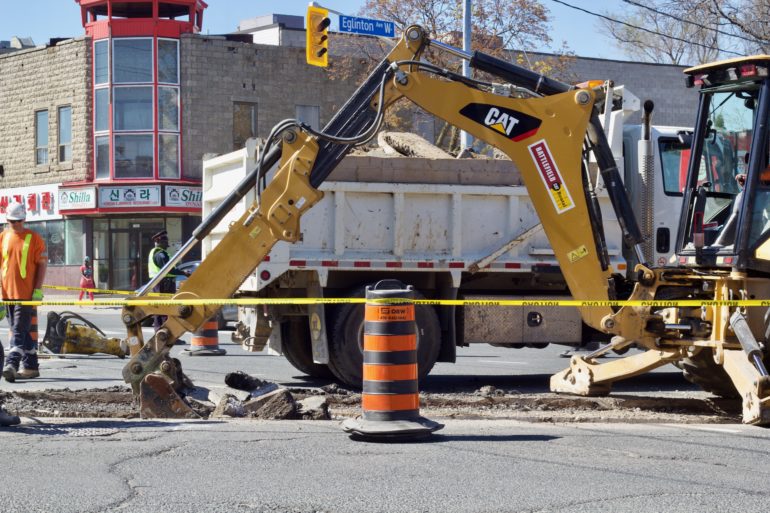 Better city infrastructure is at the end of the road but the only obstacle is Toronto’s busiest construction season ever.

Mayor John Tory announced May 13 a $1 billion spending project that will fund the development of roads, bridges, expressways, sewers and water mains throughout the city.

“Toronto’s infrastructure is used every day by millions of residents, businesses and visitors,” Tory said. “These large investments made by the city guarantee that we keep adapting to the growth Toronto is experiencing and we keep improving our transportation and water infrastructure.”

“It is a wonderful initiative by the City of Toronto,” he said. “Construction does create disruption, but if these programs are called off just because of inconveniences it will definitely cost the business owners more in the future.”

Communication is the best way for the construction companies to help business owners prepare for those disruptions in the affected areas, Cunningham said.

“The construction companies who are involved should inform business owners and allow them to prepare themselves,” he said.

According to a City of Toronto news release, about $590 million will be spent on rehabilitating and improving transportation infrastructure including major roads, local roads, expressways, sidewalks and cycling infrastructure.

Another $480 million will be invested in water infrastructure including water mains, services, sewers, basement flooding protection and stormwater management projects.

Construction will take place on 600 roads, including 140 kilometres of road paving and 200 kilometres of sewer and water main improvements, the press release said.

Torontonians are urged to plan their travel in advance, consider alternate routes and take measures to minimize the disruption to the public as much as possible.

Work hours will be extended the on key jobs and nearly 63 projects will be operated overnight or around the clock, the report said.

However, small business companies are concerned about the program as a busy summer season looms.

“This is going to affect us a lot. Sidewalk construction work has started recently and it has completely blocked our store,” said Janelle Miller, an assistant manager at DAVIDs TEA on Bloor Street West near Bathurst Street. “This kind of work definitely impacts our revenue.”

She said she didn’t know when the construction work by her store would end.