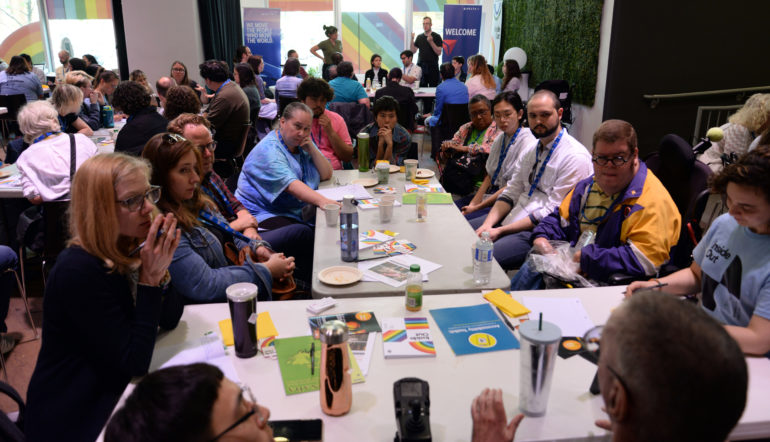 People with disabilities and film festival organizers participated in a panel discussion held on May 27 at Artscape Sandbox, as a part of the ReelAbilities Film Festival, running to June 2. (Sai Durga Gona)

Most film festivals in Toronto are not accessible for people with disabilities and their ability to attend screenings is restricted, film critic and disability advocate Michael McNeely told Humber News during the current ReelAbilities Film Festival downtown.

McNeely suffers from a rare genetic disorder that has made him visually and hearing impaired and cannot attend any film festivals held in the city — and says he is not alone.

People with disabilities may not have access to accessible washrooms or reliable transport to travel between events, McNeely said.

“They may not feel welcome in the space,” he said.

McNeely attended the 10-day ‘ReelAbilities Film Festival that kicked off on May 24 will be held at different venues across Toronto until June 2. 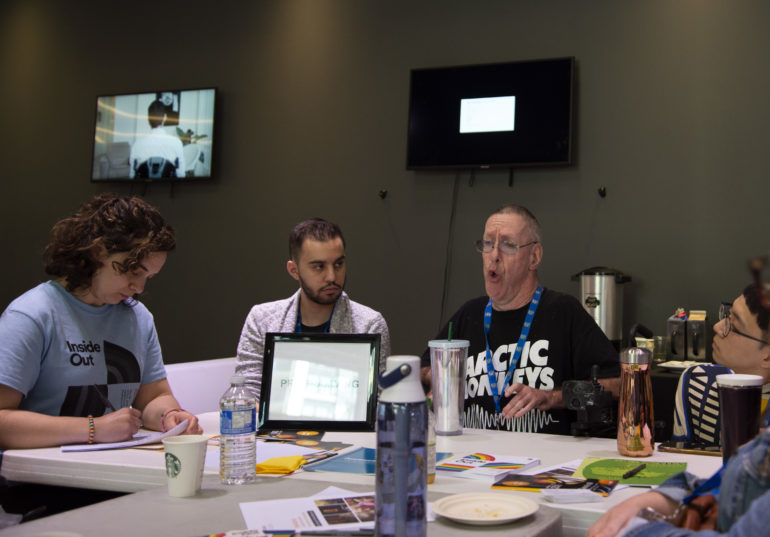 Artists, filmmakers and writers with disabilities exchange their ideas at the ReelAbilities Film Festival’s panel discussion held on May 27 at Artscape Sandbox. Participants said most of the film festivals in Toronto are not accessible for people with disabilities. (Sai Durga Gona)

It aims to showcase the films and work of filmmakers and artists with disabilities.

“We are trying to create awareness among the people who organize the film festivals, but this is the response we received,” organizer and film director Steen Starr said. “This issue needs to be taken seriously.”

A lack of awareness about people with disabilities and how to make films accessible for them is a major issue that ReelAbilities hopes to address.

“People think that closed captioning is expensive but it’s not,” McNeely said. 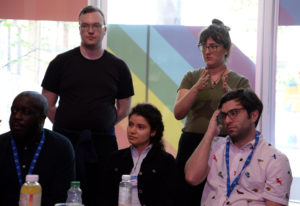 The jury of the film festival is made up of people who are disabled themselves and the festival screens films that are accessible to everyone without any barriers.

“Some of those barriers are accessible seating, not having closed captioning and audio description and sign language interpretation,” she said. “These will make films and the festivals more accessible to them.”

But the situation is slowly changing and improving every year as festivals begin to consider people with disabilities in their planning, she said.

ReelAbilities is part of the Ontario government’s  Enabling Change program, which provides financial support to non-profit organizations under the Accessibility for Ontarians with Disabilities Act (AODA).

The festival also coincides with National AccessAbility Week (NAAW) celebrated across Ontario between May 26 to June 1.

A timeline recommending a list of movies that features Black people either as artists or creators. ...

Oscars’ inclusivity a welcome change but unsure if it’s permanent

The Weeknd’s ‘After Hours’ album tops No. 1 on charts