One sent to hospital in single driver crash near Humber North 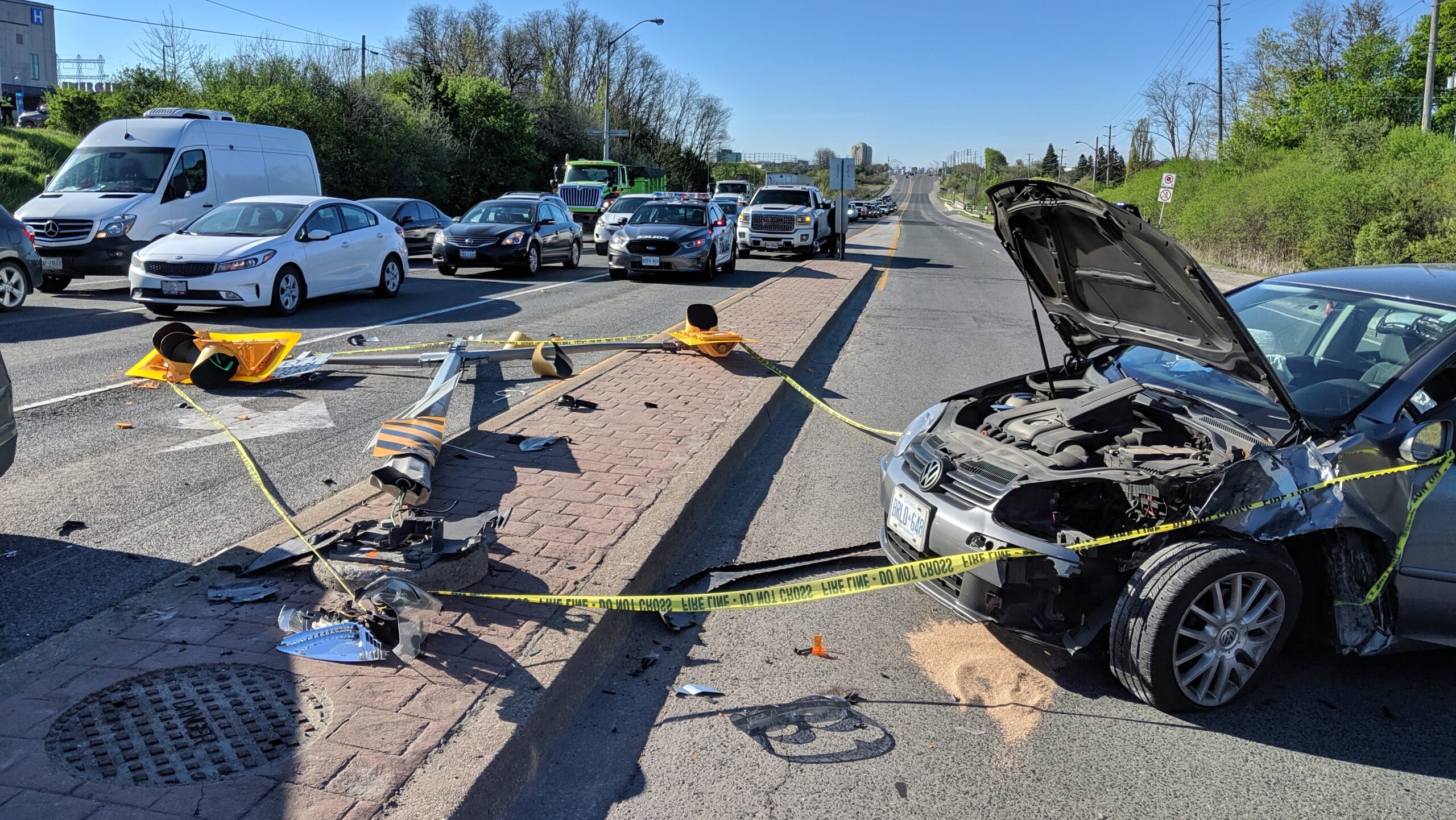 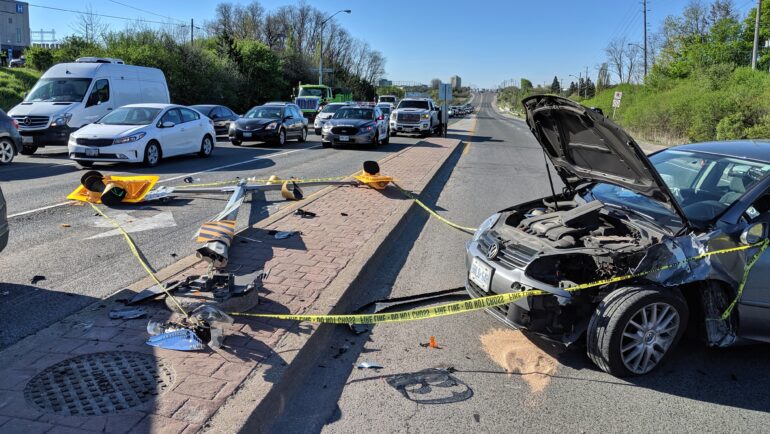 A car crash at the intersection of Hwy.27 and Humber College Blvd knocked down a traffic light pole. (Alan Jose)

A single-vehicle crash brought commuter traffic to a standstill outside of Humber College early this morning.

The victim was taken to the nearest hospital with minor injuries, Toronto Police said.

A grey Volkswagen Golf plowed through a traffic light at the intersection of Hwy. 27 and Humber College Blvd. around 7 a.m., Constable Mary Linn said.

The vehicle, which was heading south on Hwy. 27, was severely damaged, and the traffic signal thrown into the oncoming lane.

Southbound access on Hwy. 27 was closed from Humber College Blvd. and traffic was diverted to Martin Grove Rd. as officials investigated the scene.

“Only the driver was hurt, and he is safe,” Linn said, crediting the successful deployment of the car’s airbag for the relatively minor injuries.

There were no other injuries at the crash site as traffic was light when the crash occurred, Linn said.

Police believe the cause of the crash is impaired driving, but will wait for blood test results to confirm. 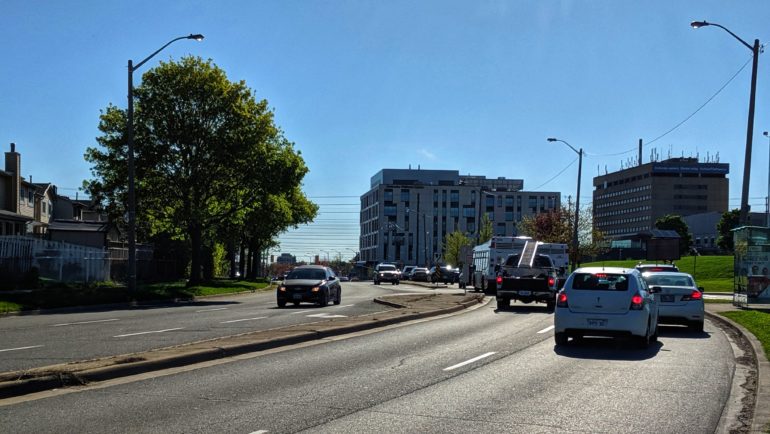 Traffic was blocked at Hwy. 27 and Humber College Blvd intersection due to the collision happened early Tuesday morning. (Alan Jose)

The crash caused huge traffic delays in all directions and affected drivers and passengers on TTC, York Region Transit and Brampton Transit busses.

“I have been waiting here for a long time to pass,” TTC driver Jack Andrews said.

“It’s the second accident in this week, people are crazy about driving,” said Harjinder Singh, who drives the TTC 927 Express route.

Last Sunday there was a major car crash at the intersection of Humberline Drive and Finch Avenue West, he said.

“That was a big one,” Singh said. “All the 927 Kipling express busses were redirected through Hwy. 27.”