Humber Lakeshore is calling volunteers for the GARDENS pod Project 2019 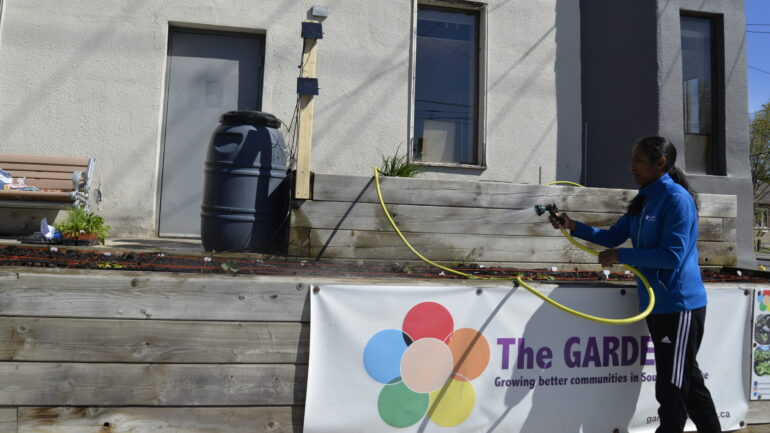 Humber Planting Party on Lakeshore campus is deserted on May 21. (Trang Tran)

Many students at Humber Lakeshore donated their day on May 21 to the Humber Planting Party located in the Humber Fashion Institute.

Lucy Mcculloch, an International Development student at Humber College and an internal operations coordinator for GARDENS, said it is difficult for them to get volunteers in the summer. They often get just five or six volunteers during this time. 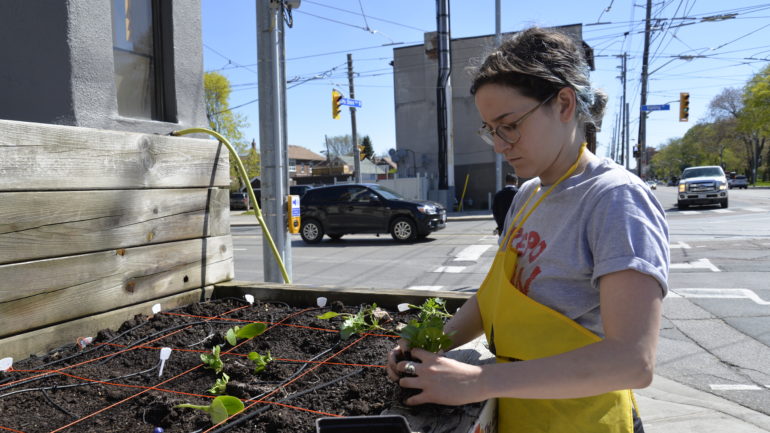 Lucy Mcculloch, the internal operations coordinator of GARDENS on Humber Planting Party at the event on May 21. (Trang Tran)

On Tuesday, there were only two volunteers.

“There is the fact that people are busy and whether they have the time to give up some of their day to come down and help, and some people are not so interested in the same project,” Mcculloch said.

She said the number of volunteer depends on the sites. If the site is near their school, the kids might get more involved because of encouragement from their parents.

Ana Gabriella was one of two volunteers and just finished her first year studying International Development at Humber College.

She discovered the event via social media and decided to donate her morning to it.

She said she is currently growing six plants in her home and she loves producing her own food.

“I can get into contact with nature and this soil directly and I’m helping to foster its life in an environment. That’s looks magical,” Gabriella said.

Danielle Baldwin is studying Food and Nutrition at Humber. She said gardening helps her calm down.

Baldwin said she doesn’t mind getting her hands dirty. She received an email from her program and decided to help out by volunteering that day.

GARDENS pod Project is coordinated by The Green Artisan Retailers & Designers Environmental Networking Space (GARDENS) Advisory Council (GAC). This nonprofit organization’s purpose is to provide free food for the vulnerable in the area, including low-income people, single parents, seniors, and those with disabilities.

All sites send their produce back into the community through the Daily Bread Food Bank in South Etobicoke.

The GARDENS started associating with Humber College in 2015. Humber College Lakeshore Campus has now become one of 16 pod site providers in 2019, including three areas: four in Mimico, 11 in New Toronto, and three in Long Branch.

The Humber Planting Party will be operated during May at these locations.

The project also provides educational workshops. They broke a record in 2018 by producing over 200 kg of harvest and 10 workshops related to cooking and food were opened for everyone.