Collision conference kicks off in Toronto 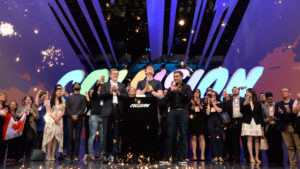 World tech leaders, innovators, investors, and millennials came together at the Enercare Centre, making the conference a large technological marketplace.

Along with tech industry leaders, the conference brought together a line-up of new startups, politicians, celebrities, and entrepreneurs from across the world.

The Collision conference was based in San Francisco, U.S. and this year, Toronto was chosen as its new home. Mayor John Tory played an important role in bringing Collision to Toronto.

Paddy Cosgrave, CEO and co-founder of Collision said during the launch, “A former Canadian diplomat turned venture capitalist, Sunil Sharma, called me and told me that Toronto was the next big thing. It was going to be the future tech capital of the world and we had to do Collision in Toronto.”

This year, Collision will see participation from 125 countries, 100 trade delegations and 730 speakers with 25,000 attendees. This year about 1,100 new start-ups will pitch their innovations in the tech world that will benefit societal development as well.

The conference began with 16 new start-up company CEOs taking the centre stage for a rapid pitch session to attract the attendees, before the keynote speakers took the stage. 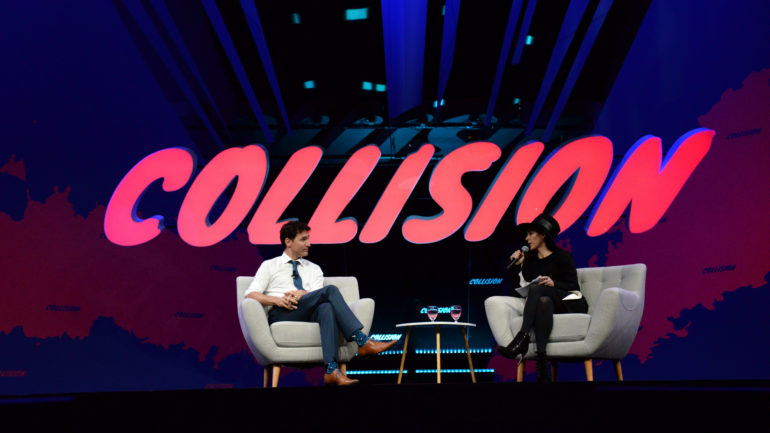 “I have no difficulty having confidence in the tech sector’s ability to create success to generate wealth to create opportunities. We just need to make sure that the infrastructure is there for you to be able to succeed,” said Trudeau in conversation with Shahrzad Rafati.

Rafati is the founder and CEO of BroadbandTV, and she discussed Canada’s plan to remain a vibrant hub for entrepreneurship with Trudeau.

Trudeau spoke about a wide range of topics from keeping Canada positive and open towards immigration to using technology to build a better future.

Trudeau said that the only way we’re going to do that is by having open conversations with the big platforms, the tech companies, and consumers about how to ensure that the way to move forward into this brave new world of technology and solutions also keeps people safe. 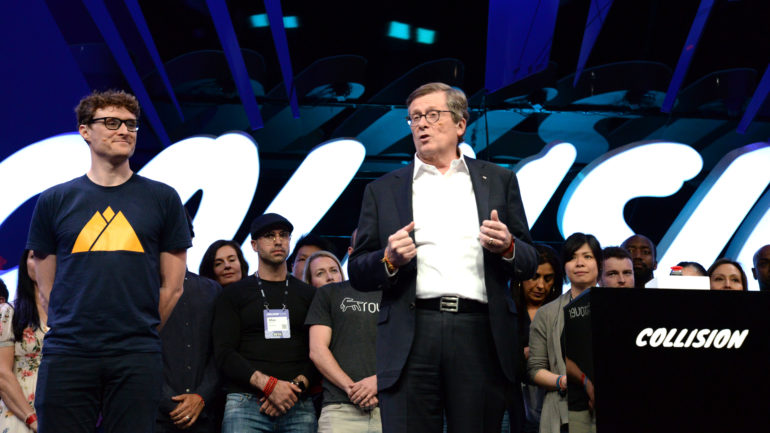 Collision conference organizers have implemented the U.N.’s Sustainable Development Goals at the event. Gender equality was stressed on opening night.

In his welcome remarks, Tory said, “The goal is inclusion that spreads across the population of the city in the world but also makes sure that the tech sector is not left out of it. And that we place our foremost focus on women in tech.”

In order to ensure women are adequately represented, Collision has an initiative offering discounted tickets to women through women in tech initiative. This year about 45.7 per cent of Collision attendees are women as a result of the initiative.

Collision will have 15 conferences this week connecting every industry, covering topics ranging from data science to environmental sustainability.