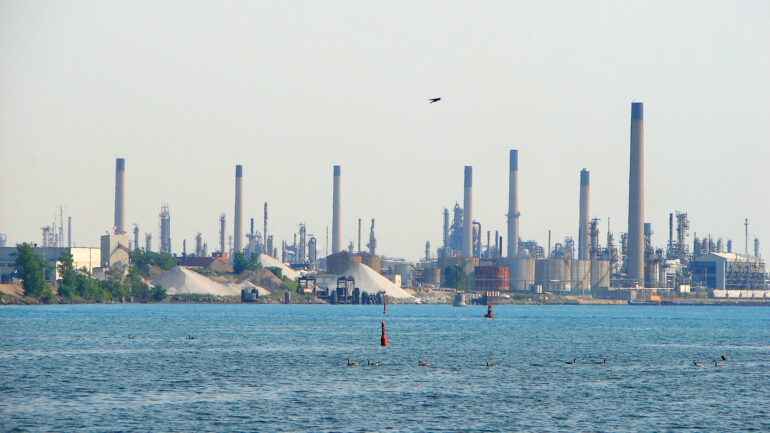 Sarnia, Ont. has over 60 chemical plants and oil refineries in a section of town that’s come to be known as ‘Chemical Valley.’ (Wikimedia Commons)

A recent study suggests people living in industrial cities in Ontario have a higher chance of developing acute myeloid leukemia (AML), a deadly form of cancer.

The study examined over 18,000 cases of AML throughout Canada between 1992 and 2010. Five industrial cities in Ontario stood out to researchers as hotspots for the disease.

Sarnia, also known as ‘Chemical Valley,’ topped the list with roughly 1.5 times more reported cases of AML than the national average of 30.61 cases per million individuals, the study said.

Point Edward Village, bordering on Sarnia’s downtown, also saw the highest rate of AML diagnoses in Canada, numbering at an average of 106.81 cases per million people, the study said.

The report originated out of the Research Institute of the McGill University Health Centre and was led by dermatologist Ivan Litvinov. It took nearly two-and-a-half years to complete, he said.

Before starting the research, Litvinov was unaware of Sarnia’s ‘Chemical Valley.’ But for those living in the city, toxin-producing chemical plants are a common sight.

The four remaining cities outlined in the report also have economies centred around industrial manufacturing, which is accompanied by significant air pollution, the study said.

A known cause of AML is exposure to the carcinogen, benzene, according to the American Cancer Society. The toxin is commonly found in cigarette smoke and gasoline fumes. 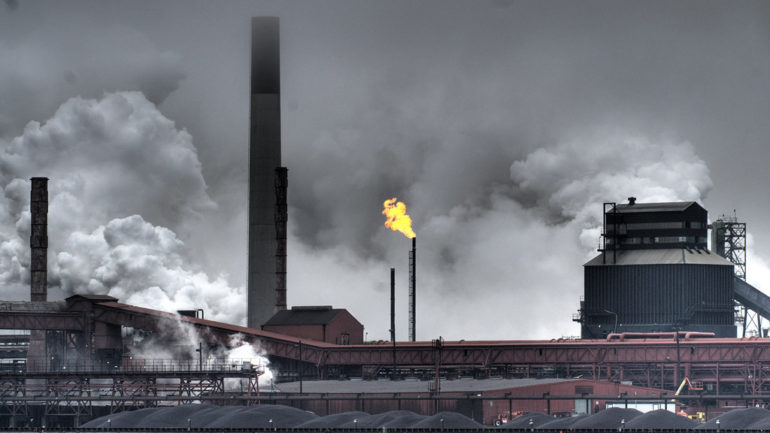 Hamilton, the largest steel manufacturing city in Canada, is home to steel giant, Dofasco. The company has been challenged in court over air pollution by environmental groups. (Flickr)

Benzene also exists in petrochemical plant emissions, which loom in the air throughout communities such as Sarnia and other Ontario industrial cities, Litvinov said.

And despite Ontario being “one of the strictest regulators regarding benzene,” Litvinov said, Sarnia produced benzene emissions 2.2 times higher than the provincial air quality standard in 2014.

In fact, there is a direct link between cities with high benzene emissions and increased cases of AML, the study found. All five Ontario industrial cities had high levels of the toxin.

“The public needs to work with industry partners to make sure [air quality regulations] are enforced,” Litvinov said.

The study notes environmental activists in Sarnia have long warned of the dangers posed to public health “by the oil refinery and petrochemical plants,” which the activists accused of “polluting their environment.”

Negative health outcomes have long been associated with living in large industrial cities, and those effects “have been observed for more than 150 years,” he said.

When it comes to linking causation of specific cancerous strains with certain chemical toxins, we must still be cautious, Sly said.

“While a specific population can show increased rates of a cancer, such as AML, it is never possible to say that a specific case was guaranteed to be due to that exposure,” he said. 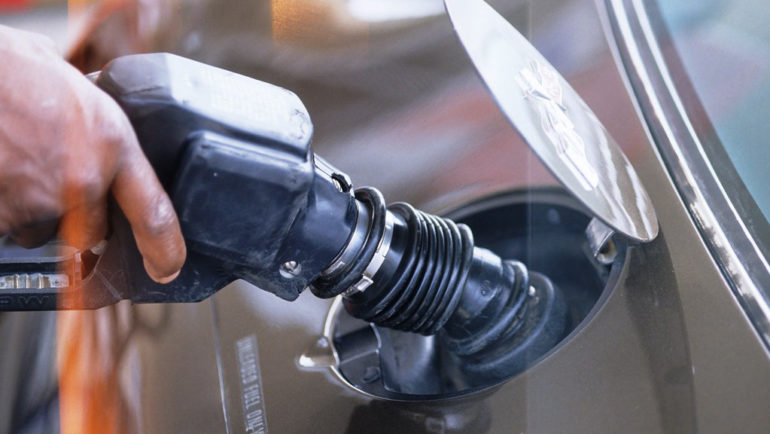 Gasoline fumes contain the toxic carcinogen called benzene, although minimal exposure while pumping is unlikely to do any harm. (Flickr)

There is a multitude of factors to take into account. An individual can come into contact with various chemicals through food, water, agriculture, travel, smoking and more over several decades, Sly said.

The study notes it has “several limitations” such as the inability to include several “potential confounding factors that may play a role in AML incidence and mortality.”

Social determinants of health including marital status, median income, access to health care, housing instability and immigration status are known to influence survival outcomes in AML, the report said. These factors were not recorded by the researchers.

“Would I want to live and bring up a family in an area with airborne benzene 1.5 or three times the national average? Not if there was a better alternative,” he said.

“But setting acceptable air and water standards is essential, as is the need to enforce them,” Sly said.