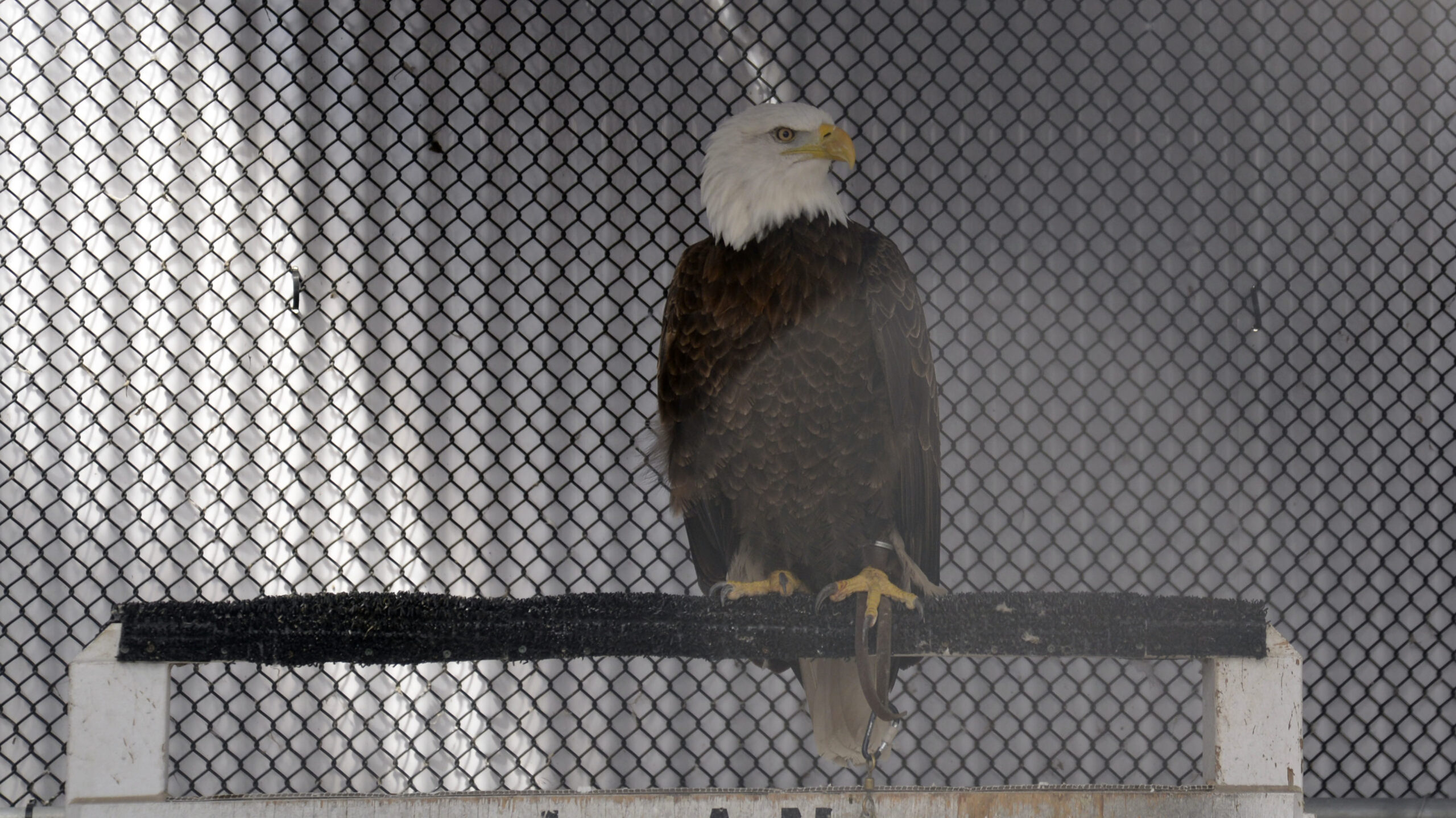 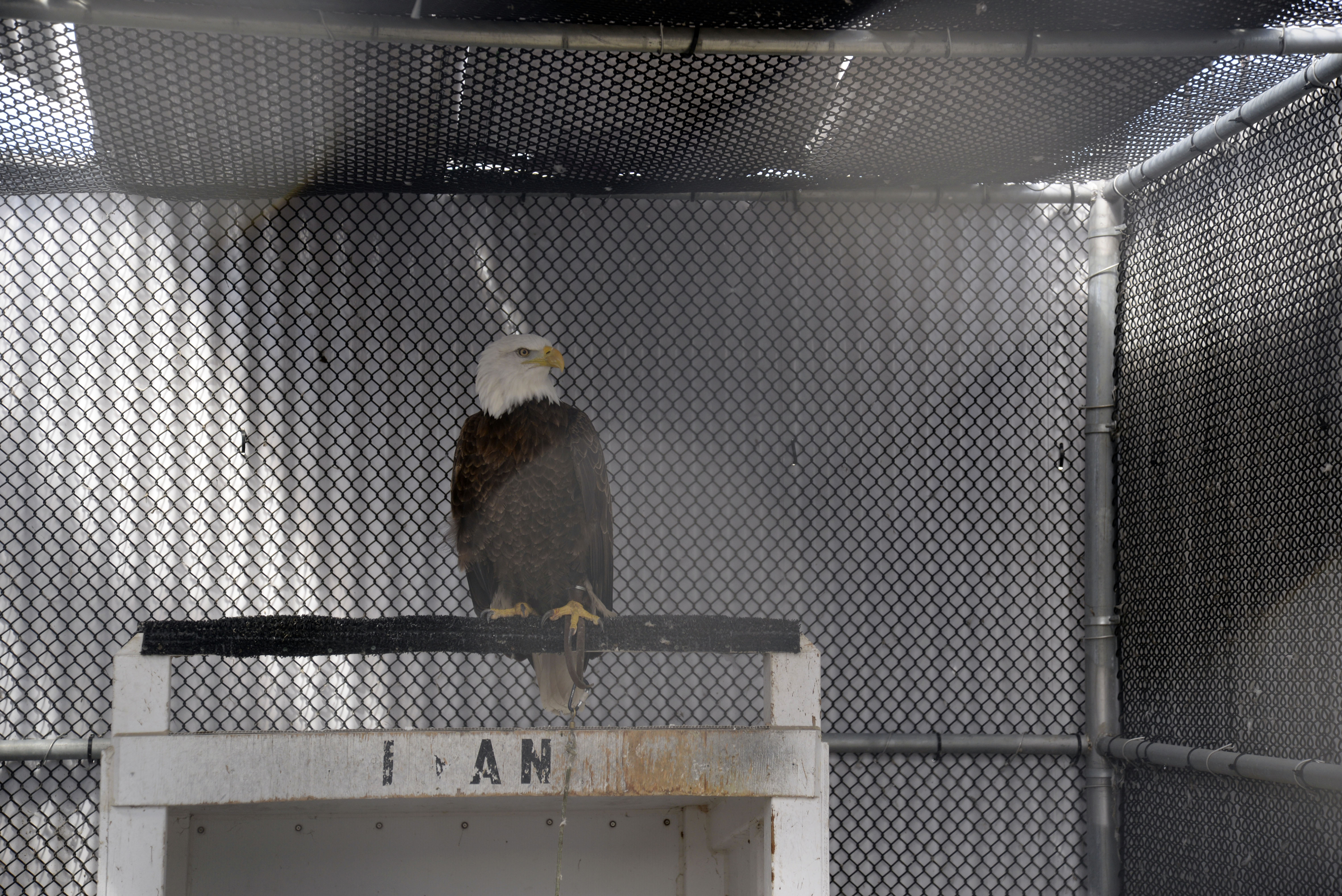 Ivan the Bald Eagle is one among the best weapons in the arsenal Pearson Toronto Airport officials use to avoid bird strikes. The eagle and several falcons are used to fend off birds, especially Canada geese, to keep them away from airliners. (Sai Durga Gona)

The Bald Eagle is among 30 raptors that Toronto Pearson International Airport use to keep the airport safe.

“The airport is the major migratory path for birds, as it is close to the lake, and we have retention places,” said Sully Momla, a Falcon Environmental Services (FES) wildlife control officer.

“We train the birds from a younger age and it takes months to train them, depending on the bird,” he said.

As hundreds of Canadian geese migrate back to Ontario, PIA and FES are taking preventive measures to scare them to avoid potentially dangerous bird strikes with passenger aircraft.

“We see hundreds of little birds have come here in large flocks and that can be really bad if that has an impact on an airplane, which could potentially even bring an airplane down,” Momla said. 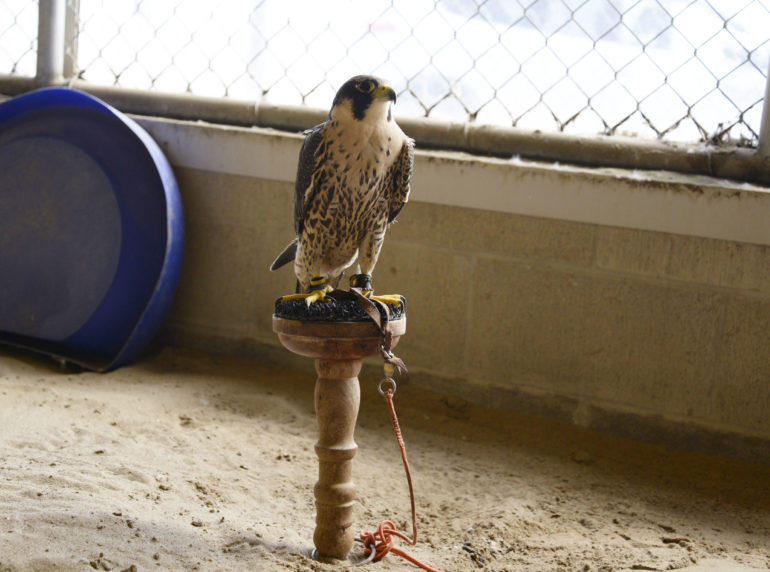 Toronto Pearson airport has 30 raptors which are being used to scare nuisance birds to avoid bird strike rate. They use different techniques to get rid of the geese. (Sai Durga Gona)

The arsenal consist of Harris Hawks, Falcons, and Ivan the Bald eagle, ranging in age from one to 13 years old.

The birds, housed at the edge of PIA, patrol 1,867 hectares (4,613 acres) which includes two creeks, retention ponds, and greenspace, making it a perfect habitat for wild birds.

Wild birds, turkeys and ducks can enter the airport area and to scare them, the humans work with the birds and specially designed traps.

“We have set some traps for these birds,” Momla said. “We also trained few dogs that will go with us before sunrise and after sunset to chase the birds, which creates nuisance at runways.”

It is not an easy task for the team to startle these birds.

“These birds are intelligent,” Momla said. “If they know we are harassing them, they will start challenging us.

“So, that’s why we make ourselves ready with other plans to avoid it,” he said.