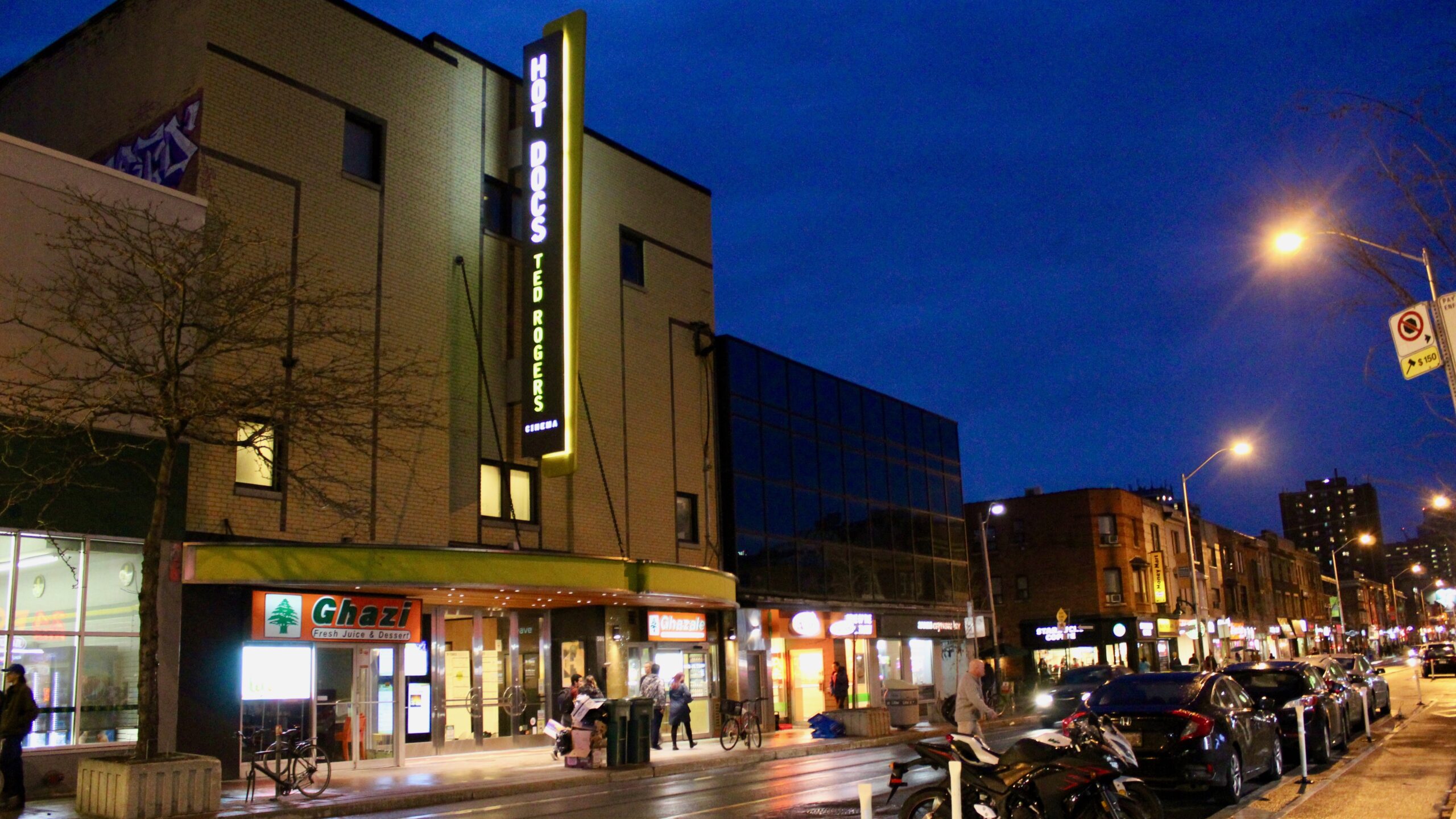 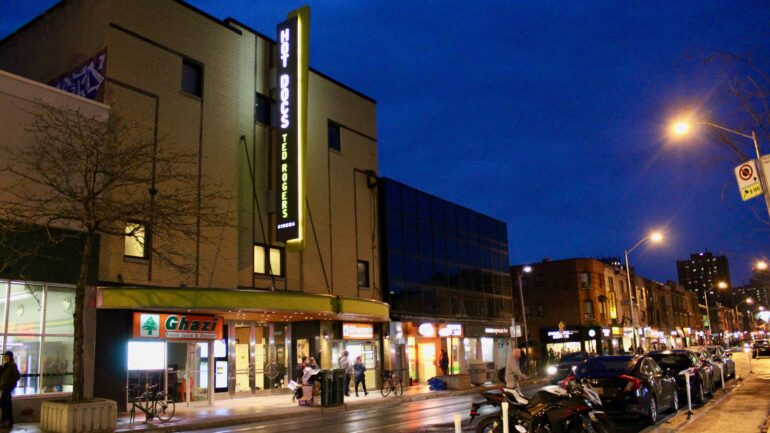 The graduating class of the Humber Film and Television Production’s advanced diploma program screened their thesis films at the Hot Docs Cinema in Toronto on April 18. (Alisha Mughal)

Humber’s Film and Television Production students showcased their short films and public service announcements to a theatre full of their best friends and family on April 18.

It was all a part of the 2019 Graduate Film Showcase hosted at the Ted Rogers Hot Docs Cinema on Bloor St. in Toronto, where the thesis projects of the Film and Television Production program’s graduating class were screened.

“One of our main goals was to learn how to put together a film by ourselves,” said Dylan Liedtke, a graduating student. And in doing so, they “gained an appreciation for all of the different departments.

Liedtke looked forward to seeing his friends’ films in the context of knowing how hard they worked on them, and knowing how much collaboration took place among them, he said.

“It takes a lot to make a film,” Liedtke said.

It was standing room only as the audience watched the diverse films, which included dramatic shorts, short documentaries, comedies, and public service announcements. 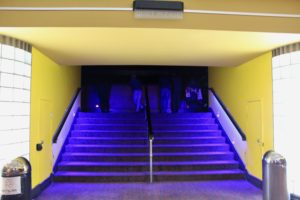 People filtered into the Hot Docs Cinema throughout the evening, hoping to catch the students’ films. Some, who couldn’t find a seat, stood at the gallery to watch. (Alisha Mughal)

Jannah Horrocks was the producer of Where Monsters Live, a short dramatic film about a little boy with an abusive father. The boy finds a monster under his bed who brings him courage.

“I’m going to miss everyone, the teachers and all the hard work we all did,” she said.

Horrocks hopes to be working in pre-production after graduation. She came into the program right out of high school.

“It’s very unusual for that to happen,” she said.

“It was really fun to prove myself to my older peers,” Horrocks said. She also enjoyed learning about the film industry, meeting new people and making connections.

“We got to actually go to Cinespace because of the strike that happened last year,” Horrocks said, referring to the Etobicoke film studios.

“The Handmaid’s Tale was filming at the same time we were there, the Titan Games, Umbrella Academy — they were all filming when we were there at the studio,” she said. “So just being there among professionals, [with] them coming in to see our set and tell us it looked awesome, was just an experience. It was great.

“You learn everything,” Horrocks said.

She said she’s now more than ready for the “real world” because there is nothing that will match the amount of stress put on her in the program.

At the showcase, Horrocks looked forward to seeing Demon On Hold, a campy horror film directed by Lara Cordiano.

Demon On Hold is about a woman looking out for her best friend. Cordiano played with the tropes of horror in a comedic way, she said.

Cordiano also emceed during the event.

“I’m very nervous,” she said, both about emceeing and her future.

Cordiano said she is looking for positions as a literary assistant, but she is also working on a lot of documentary projects.

“Just trying to pursue directing on my own time, as much as I can,” she said.

“I did that as part of my internship, so I’m finishing that up. I also have a documentary in post-production about the 2017 college strike. And then I have another one in the works about solitary confinement,” she said.

Cordiano is concerned with diversity in film, but after the night’s screenings, she is optimistic.

“There’s a lot of female directors tonight,” she said.

Diversity couldn’t be missed in the films and public service announcements that screened. 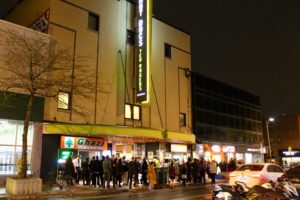 The bittersweet night ended with students, faculty and audience members alike gathered outside of the cinema on Bloor Street West. (Alisha Mughal)

The announcement used lemons to describe the 12 signs of breast cancer, Bittnerova said.

In the public service announcement, the puckered skin of the rind of the lemon, its blossom end, along with the stem end where the pedicel attaches, closely resembled various types of breasts.

“It’s an easier way to talk about the topic,” Bittnerova said.

She hopes to continue directing after graduating.

Bittnerova is optimistic students will continue to support each other after graduation, she said.

“Sincerely, these are some of the best people I’ve ever met in my life, and I have never felt so at home as I do with them,” Cordiano added.