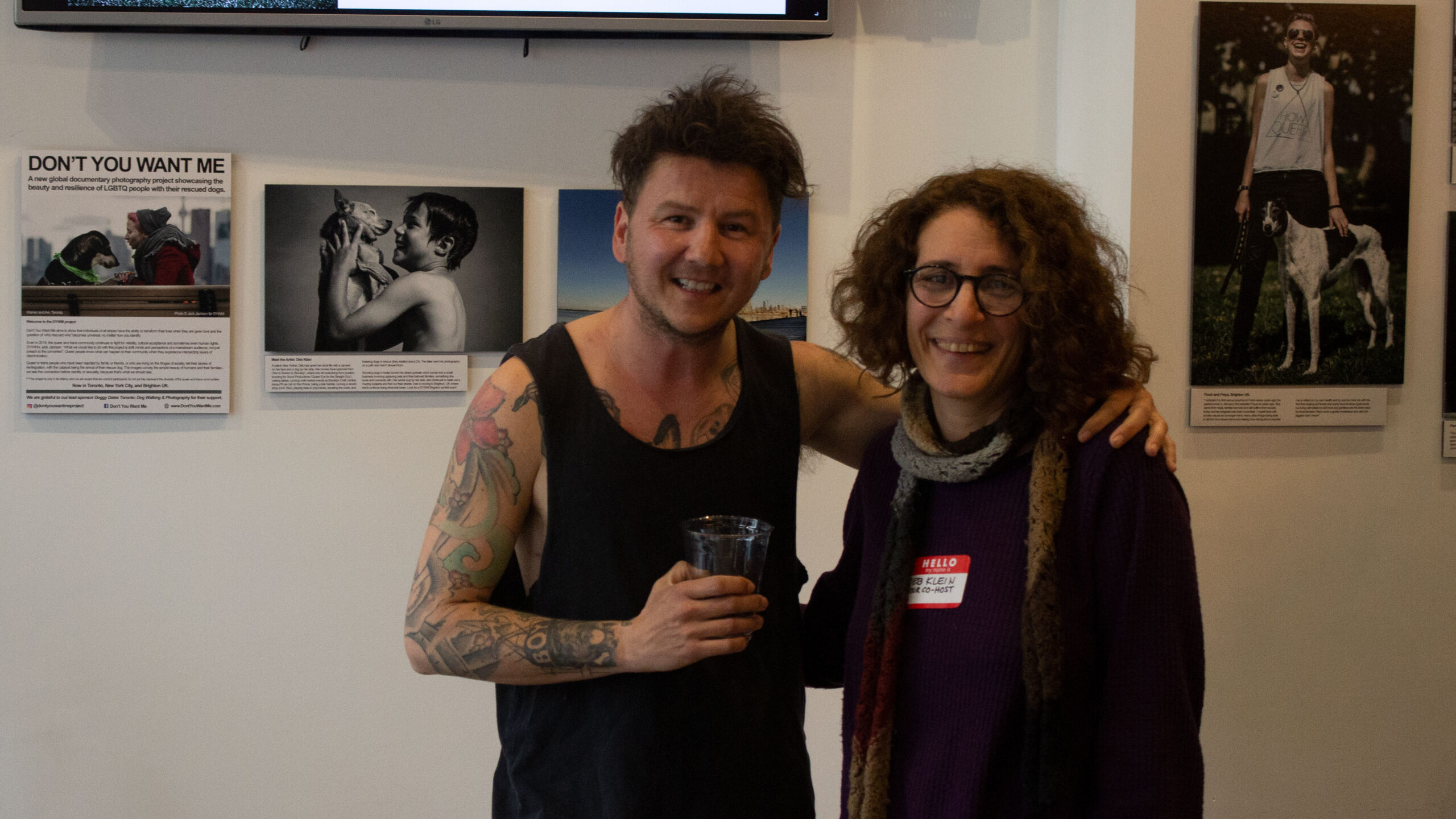 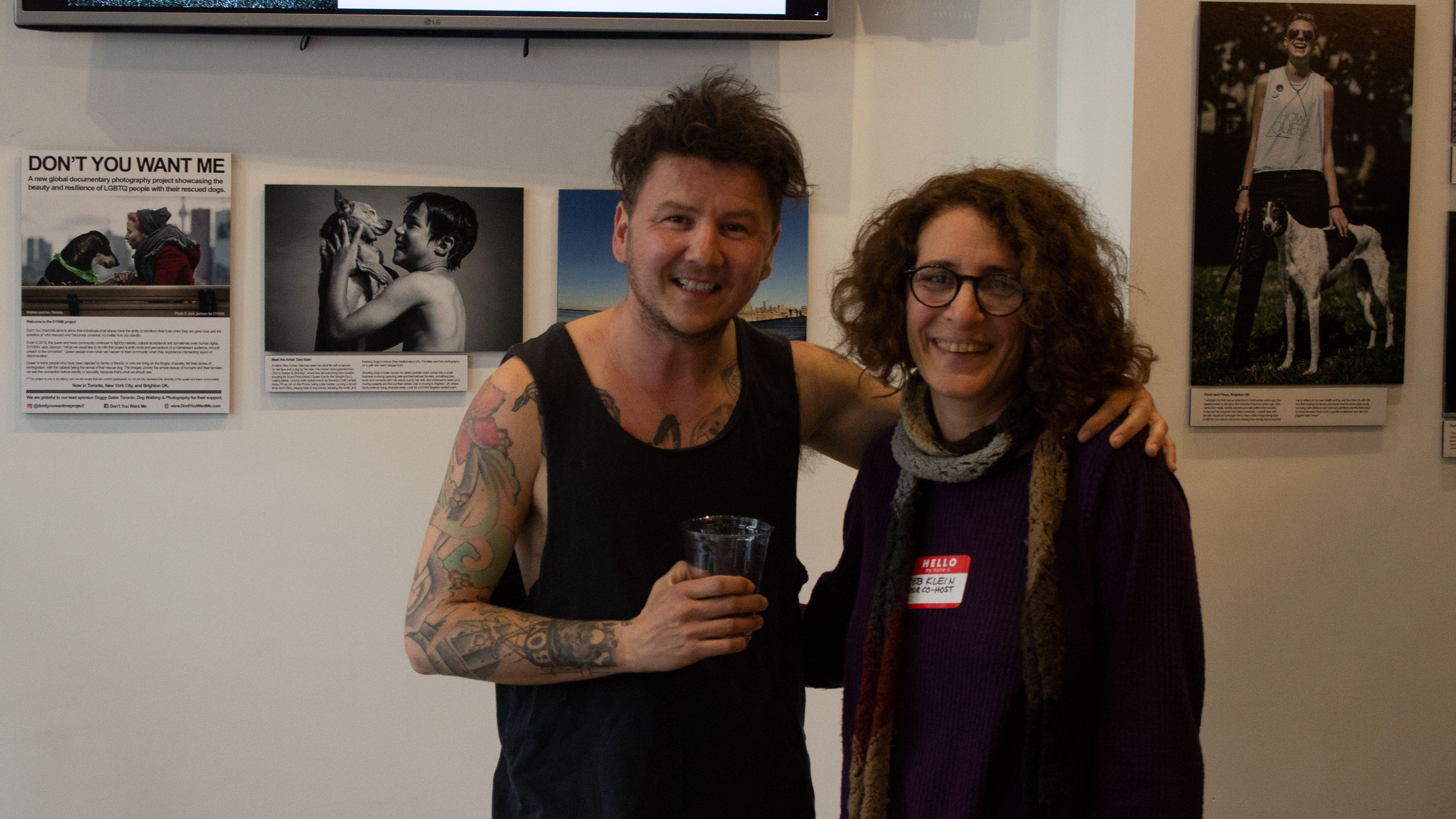 Don’t You Want Me founders Jack Jackson and Deb Klein host their first launch for their project at Tom&Sawyer on March 31, which was Trans day of Visibility. (Ross Lopes)

During the month of April, a photo project showcasing the LGBTQ+ community and their rescue dogs will be on display at Black Lab Brewery and then on exhibit at The Dock on Queen in May.

The project titled Don’t You Want Me was created by photographers Jack Jackson and Deb Klein, who connected on Instagram over their shared passion.

Jackson said the project was launched because the two wanted to combine their passions. For Jackson, it’s the LGBTQ+ community and dogs, and for Deb, it’s portrait photography and rescue dogs.

“She saved me, I know it’s meant to be the other way round, but without a doubt, she saved me. The 3 best decisions I’ve made in my life are transition, sobriety and Bella.” 📷 @jackjacksonto 🕺 @pizzaiseternal Find out more about William’s story by checking out the full narrative which has just gone live on the website (link in bio). This is an ongoing celebratory project about overcoming significant adversity. If you would like to get involved and feel that you meet the criteria please reach out via the website ❤️ #dontyouwantmeproject #rescue #queer #trans #lgbtq #photoproject #torontophotographer #rescuedogs #dogsoftoronto #photographer #dogphotographer #brooklyn #brighton #Toronto #dontyouwantme

The website states “Don’t You Want Me” is an ongoing, celebratory collection of images and stories of LGBTQ+ people and their rescue dogs [and] shows the powerful bond between subjects who’ve endured considerable hardships and are now not only surviving but flourishing.

The project held its first exhibit at Tom&Sawyer on March 31, which was Trans Day of Visibility.

Jackson said he wants people to see trans people for who they are and to raise awareness around how they are just like everyone else.

“The mess that trans people get into isn’t because they’re trans, it’s because of the discrimination that they face,” they said. “The project is kind of saying ‘actually society, this is your issue, it’s not our issue.'”

“In fact, we have more insight on gender inequalities,” Jackson said. “I think we have something really important to add to the gender discussion and really it’s about telling people to listen.”

Our very first #Toronto session for the @dontyouwantmeproject. ‘Toby and Flynt’ Seeking more subjects based in Brighton (U.K.) Brooklyn (NYC) and Toronto. The relationship between the rescue dog and the human must have had a significant transformative effect. Check out the ‘about page’ on their website to see if you qualify 💞 #torontophotographer #lovetoronto #homeistoronto #rescuedog #rescuedogsofinstagram #rescued #rescuer #queer #trans #nonbinary #lgbtq #transformationtuesday #transformative #resilient #brooklyn #brighton #transisbeautiful #queertoronto #photoproject #collaboration

A friend of Jackson of four years, T. Thomason, said he teared up after viewing and reading the photos about the lives of the subjects. Thomason said the project is both beautiful and powerful. 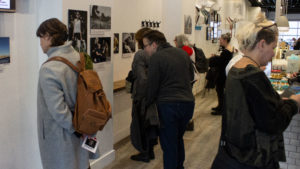 Guest who attended the launch party on March 31 got to see the photos that make up the Don’t You Want Me project. (Ross Lopes)

“What’s really nice about [the project] is to have it on Trans day of Visibility [which] brings another dimension to trans people,” he said. “For people who aren’t trans, they can relate to having a dog they really love and I think it humanizes people.”

Jackson said this project is just a start to bring more awareness and visibility for the LGBTQ+ community.

“I know it’s not just as simple as doing a post and then you get all of these followers, but we’re working our asses off on this project and we just want to take it to different cities and [get] as much publicity as we can,” they said.

The cost to society of having someone that isn’t functioning very well due to discrimination is fairly high, Jackson said.

“Rescue dogs don’t really cost that much in comparison to taking medication, having support workings,” they said. “All they actually need is what everyone else has, which is love, a family and a reason to get up in the morning and I’m trying to show that side of things.”