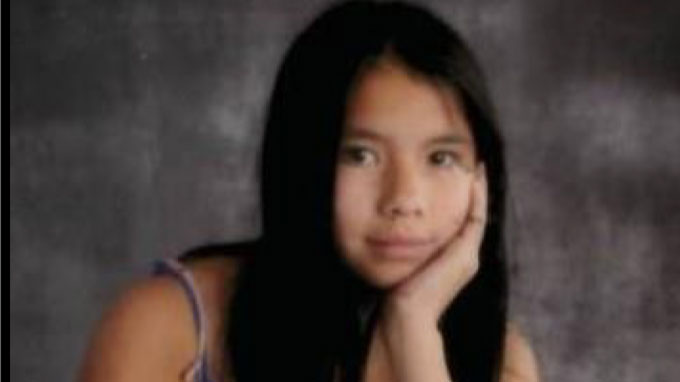 A long-awaited detailed report into the tragic death of teenager Tina Fontaine was released Tuesday in Manitoba.

Tina’s body was found in the Red River in August 2014, wrapped in a duvet and weighed down with rocks.

No one has been convicted of her disappearance and death. The man charged in her death was acquitted of murder in 2018.

The 115-page report said that Tina, 15, had repeatedly asked for help in the weeks before her death but had been told by social workers there was no place for her.

The report’s recommendations focus on the following areas:

“Some of these recommendations are large and will take some time to work through, and some can be more quickly implemented,” Penrose said at the presentation.

“However, what I hope the public hears from me today, through this report, and as we carry on in Tina’s memory, these changes cannot wait.”

Penrose said social workers ignored multiple signs that Tina was in danger and essentially left her alone and homeless, and it’s important to change the system in order for it to be able to protect the children and give them the help they need in future.

Reaction on social media largely focused on the public’s outrage at Tina’s death.

@wpgpolice How stupid, bigoted and inept do you have to be to leave a 15-year old #TinaFontaine alone in the dark night by the side of the road during a traffic stop? #WinnipegPolice bring #shame to policing. You serve the public and you failed mierably. #DerelictionOfDuty

According to the report, Tina left the Saqkeeng First Nations in June, 2014 to reconnect with her mother in Winnipeg, unable to cope with the loss of her father. Her father, Eugene Fontaine, was beaten to death in 2011.

A few days ago, Thelma Favel, Tina’s great aunt who had raised her, told CBC that she repeatedly asked Saqkeeng CFC for counselling help, but didn’t get any because of a jurisdictional issue.

According to the report, in the weeks after Tina’s arrival in Winnipeg, she was placed in government care but disappeared multiple times.

She was placed in a hotel and treated at a hospital, seen by police in a stranger’s truck when it was pulled over, but didn’t receive any help from the authorities.

She also was captured on security camera footage, falling asleep between two cars.

“My role is not to blame anyone individually for why Tina died,” said Penrose in her report. “My role is to formally review child-serving systems and to hold them accountable for the ways in which families receive public services in Manitoba.”

Tina’s death received a huge media and community attention and calls for a national inquiry into missing and murdered Indigenous women were renewed.

Volunteer groups, such as the Bear Clan Patrol, were created to protect vulnerable youth on the streets.

In May 2018, the government has committed around $350,000 and then $280,000 in annual ongoing funding to the safe space for youth in Winnipeg, that was renamed after Tina.

Ndinawe Youth Resource Centre, also known as Tina’s Safe Heaven, expanded its services to 24/7, as well as has been generally renovated, and now has a gaming room, a cultural room and technology room.

For the Fontaine report, the advocate’s office reviewed documents from Child and Family Services, the school system, the health system and police, as well as conducted individual and group interviews.