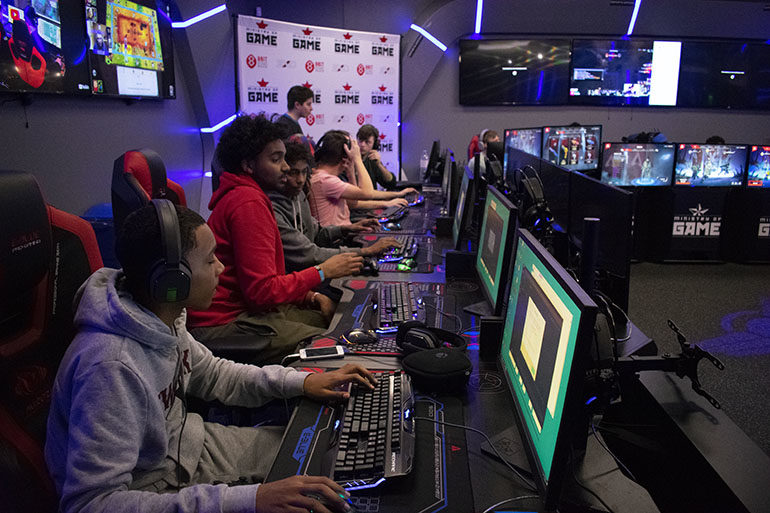 Team Nova competing in the Blitzkrieg Apex Legends tournament at the Ministry of Game on March 22. (Kelvin Tran)

SXD Shattered Dreams won the Blitzkrieg Royale Apex Legends tournament at the Ministry of Game on Friday night. After three hours of playing games, the team accumulated 157 points, just one point ahead of the second place team, SXD Black.

A.J. Stewart, operations manager of the Ministry of Game, said the first place prize was $380, and second place was a Ministry of Game swag bag filled with t-shirts and hats.

“With the prize money, some of it will go towards getting a new mouse because during this tournament, my mouse kind of spazzed out,” said Ahmed “Yousif” Al-Dabboos, a member of SXD Shattered Dreams.

The tournament originally required 15 teams to run the event, however, only five teams signed up. This forced the tournament to be modified; it got rid of the rounds and the $1000 guaranteed prize pool changed to a smaller amount.

One kill equals one point, and a game win gives six points. The team with the most points at the end of three hours of games is crowned the victor. 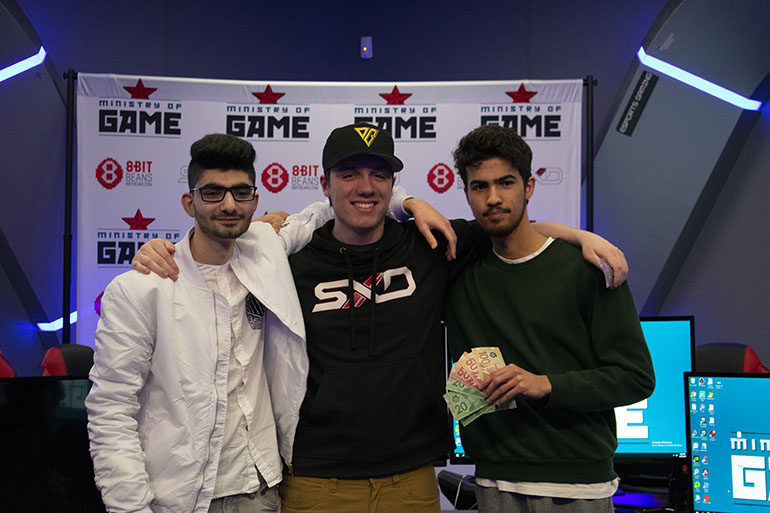 The Ministry of Game is a new eSports organization with a facility that opened in December 2018.

It is a dedicated gaming space for any aspiring professional gamer to train and for the average person who just wants to have fun.

“We actually had a grand opening back in the beginning of January, and that was also successful because, of course, we are actually the first LAN gaming centre that’s around this area,” said Ronald Ly, operative at the Ministry of Game.

“We offer a lot of people who are gamers and non-gamers, a chance to try out video games they have never played or have played. And also to help people who actually want to play these games professionally, to hone their skills.”

The facility has all of the current video game consoles on the market such as the Nintendo Switch, PlayStation 4 Pro, Xbox One, HP Omen Gaming PC and two booths containing HTC Vive VR systems.

Apex Legends is a new Battle Royale-style game that was released a few weeks ago on Feb. 4. Played in teams of three, players must be the last team standing after battling it out with 19 other teams, using a variety of guns and explosives.

There will be another Apex Legends tournament called Battle Across Borders on April 12. The Ministry of Game will work with Helix eSports and Wire eSports in organizing the event, featuring competition teams from each organization.