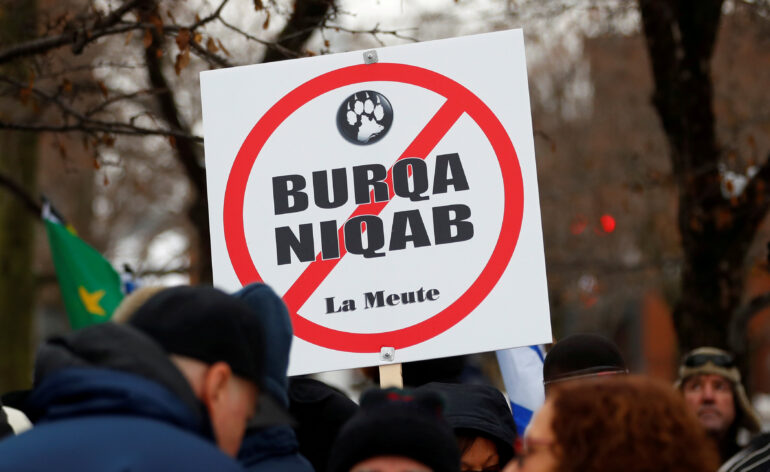 The government of Quebec yesterday put forward a so-called secularism bill banning most provincial public workers from wearing religious symbols, including the hijab, a cross, turban or skullcap.

In addition, new rules attached to the bill would require citizens to uncover their faces when receiving public services or for security purposes.

Premier of  Quebec, Francois Legault has invoked the ‘Notwithstanding’ clause to push through the bill without constitutional obstacles and override the Canadian Charter of Rights and Freedoms and said he hopes to have the bill passed by the summer.

“I’m very proud of the bill we tabled today. It represents values, our values, and it’s important,” said Legault to the media.

Although the premier is looking forward to the changes being made, the bill has stirred controversy across Canada and has been widely criticized as being surreptitiously focused on the Muslim community, despite applying to all religious groups. Within Quebec itself, members of the community are debating their different points of view.

Wearing religious garments does not, in any way, effect (a public servant’s) performance. You do not have to agree with it, but banning it is ridiculous.

The bill also contains a grandfather clause which will exempt workers who have been in the same job for a long period of time.

David Rayside, Professor Emeritus from the Department of Political Science at the University of Toronto, called the bill “a dreadful piece of legislation. It claims to be built upon the Bouchard Taylor Commission (on reasonable accommodation) but it goes consistently beyond that recommendation and in fact violates the entire spirit of that report several years back.

“Most dramatically it extends to teachers,” Rayside continues. “It specifically includes people that were specifically not included in the initial recommendation. Even though it technically covers all religious symbols, the real target is Muslim women.”

In addition to the bill, the Coalition Avenir Quebec government has also prepared to remove the crucifix from the chamber of the National Assembly.

This wall-mounted crucifix was installed in 1936 above the Speaker’s chair and in 2008 there was a government-commissioned report saying that to lead in a more secular direction, it should be removed.

“There really isn’t a consistent secularism in Quebec’s public policy and any attempt to argue that there is, is wrong, it’s just categorically wrong. It violates the basic spirit of the Bouchard report, and it carries with it the claim that governments have a right to tell people what they can’t wear,” said Rayside.

Some Quebec residents are speaking out on social media about how the bill will affect them and what their religious symbols mean to them.

Does Canada has freedom of religion? (Have) all the moronic secularists from France now made home in Quebec? My turban is my crown and symbol of sovereignty.

Premier Francois Legault is hoping the bill is passed by this summer.