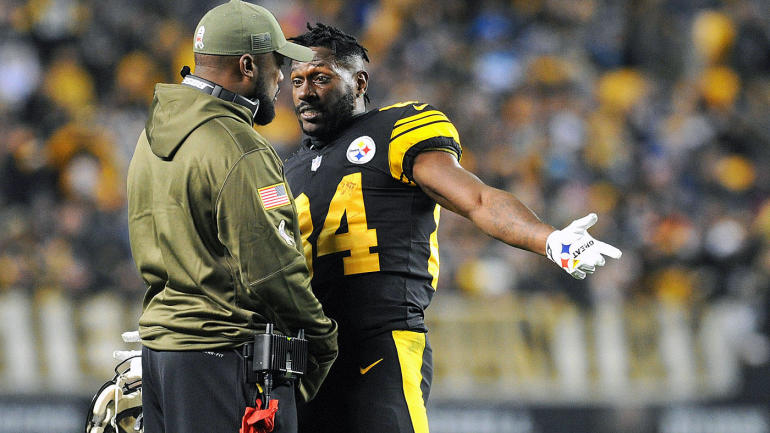 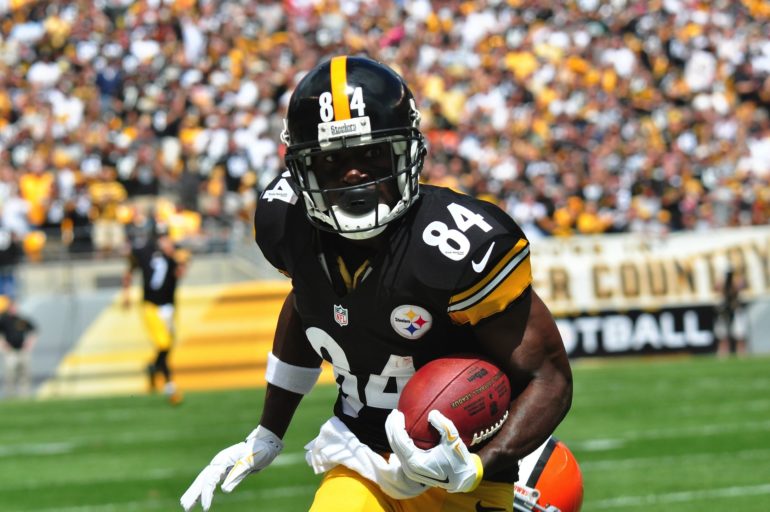 The Oakland Raiders Super Bowl odds are now at 50/1 according to Caesars Palace, which is an improvement of the 100/1 odds listed by Westgate SuperBook before the acquisition of star wide receiver Antonio Brown.

“I don’t think they’re a playoff team yet, but the acquisition of Brown gives them a chance to be very competitive. I see them around an 8-8 record next year, and maybe one year away from a playoff spot. However, their division will be tough with Los Angeles being very good last year, and the emergence of Patrick Mahomes and the Chiefs,” said Marcus Mosher, editor of The Raiders Wire.

Brown made it clear he didn’t want to be a part of the Pittsburgh Steelers, so his departure from Pittsburgh was inevitable. The Raiders have been interested in Brown since his trade demands became public, partly to do with Oakland’s number of high draft picks (three in the first round this year). Pittsburgh, however, saw none of those three picks in return for Brown. In fact, they didn’t even see a second-round pick. The Steelers parted ways with Brown for a third-round and fifth-round pick in this year’s draft.

“I was a little bit surprised. Usually, third and fifth round picks in the NFL turn out to be backups or practice squad players,” Mosher said, referring to the blockbuster trade. “This is a deal Oakland makes 100 out of 100 times.”

Although the price paid for Brown is not high, everyone was aware of he wanted out of Pittsburgh, which may have affected the assets teams would’ve offered for the all-pro wide receiver.

“The Raiders did a good job of waiting it out because I believe the price would have been higher in the beginning. Antonio Brown held a lot of leverage and the Raiders took advantage of the position the Steelers were in, knowing Brown did not want to play for them anymore,” said Matt Schneidman, Oakland Raiders beat writer. 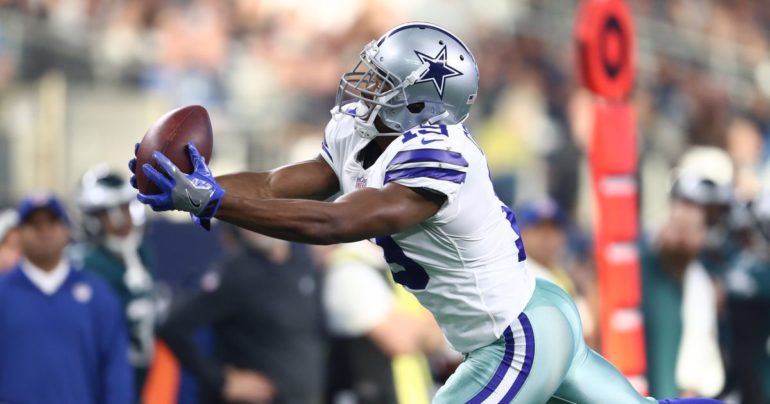 Former Oakland Raider Amari Cooper who was traded to the Dallas Cowboys for a first-round pick in October 2018. (flickr/smashdownsportsnews)

Although the price tag for Brown was high, fans aren’t complaining.

“Raider fans are pretty excited. When Oakland traded Amari Cooper, everyone was kind of wondering what’s going to happen going forward. Fans are happy to see Antonio Brown on their side,” said Mosher.

“I would expect around the same numbers for Brown. Jon Gruden will play around Brown and Derek Carr is a very good quarterback. However, they do need some other good receivers, otherwise, other defences can just key in on Brown. Getting other receivers would also create some space on the field for him too,” said Schneidman. 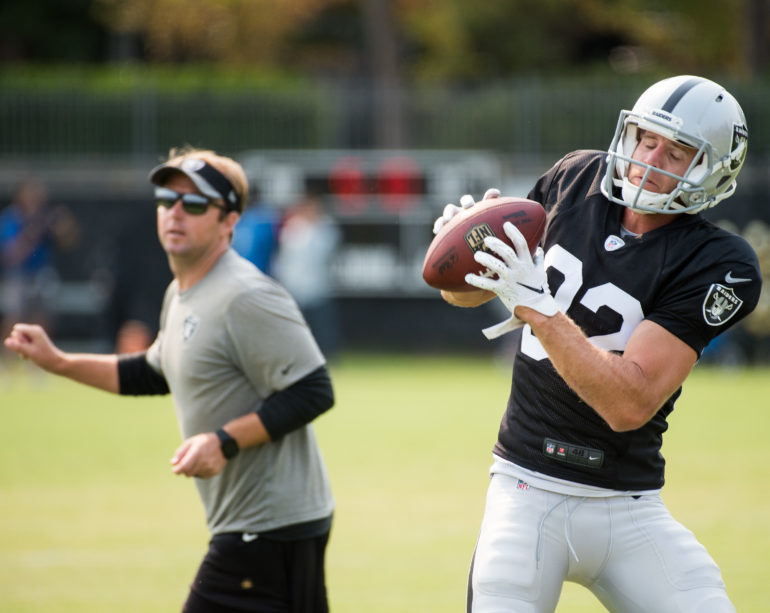 Another wide receiver on Oakland that will be affected by Brown’s presence, is former Green Bay Packer, Jordy Nelson. Nelson has had four 1000-yard seasons, with ten or more touchdowns in three of them. However, his first year in Oakland was a quiet one with 739 yards and three touchdowns.

“Jordy is the veteran leader in that locker room, so he’s always listened to and valued by them. I think Oakland should still draft a wide receiver, but Jordy is still capable as a suitable number three wide receiver, maybe number two,” said Schneidman.

The Steelers’ roster is now left with many holes with their most reliable passing option gone and their now free-agent star running back Le’Veon Bell also looking to pack his bags in Pittsburgh.

Combining that with missing the playoffs last year, doesn’t entail a very bright future for the once Super Bowl champions and consistent contenders. 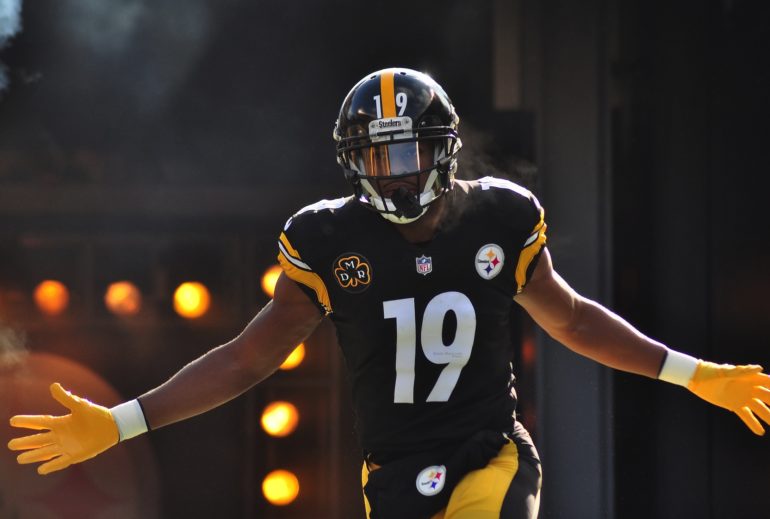 However, the roster does still have a bright spot with veteran quarterback and two-time Super Bowl champion Ben Roethlisberger at the helm and JuJu Smith-Schuster, their young wide-receiver who will now be looking to fill the large void Brown left.

“I still think Pittsburgh is a playoff team, but when you lose arguably the two best players at their position in Antonio Brown and Le’Veon Bell, you have to expect some regression,” said Schneidman.

Steelers fans will be looking on and relying upon the third-year wide receiver Smith-Schuster to have a big season. With only two seasons under his belt, Smith-Schuster has already amassed 1000 yards in a single season, when he finished with 1426 yards last season.

“I believe JuJu Smith-Schuster will be just fine as a number one wide receiver, but Pittsburgh needs to find another target as well. Before it was Antonio Brown and Mike Wallace, then Brown and Martavis Bryant, as of right now, it looks like just JuJu will be the only elite receiving option on that team,” said Mosher.