March Madness Selection Sunday: What to watch for 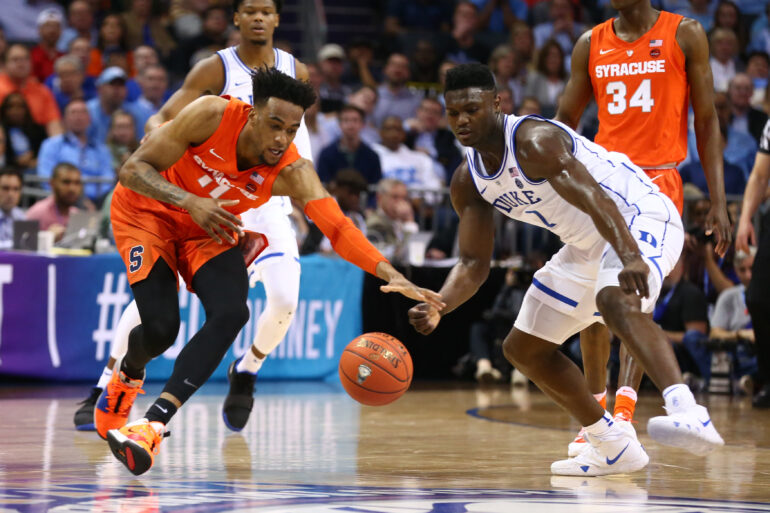 March Madness is just around the corner, with the first games taking place next Thursday.

Wael Saghir, a basketball writer from The Score said that some of the upsets have already begun.

“Saint Mary’s massive upset over Gonzaga really burned a bunch of teams,” Saghir said. “No way they make it if they lose that game and it’s especially impressive after they were last year’s controversial snub.”

Saint Mary’s isn’t the only team to have upsets this year to help their chances at qualifying. Saghir noted a few teams to look out for over the next couple of days.

“I can see Arizona State making it through,” he said. “St. John’s is an intriguing team, with wins over Marquette, Creighton, and a big win against Villanova.”

Although there are still games to be played, John Chick, also a basketball writer for The Score, predicts the four number one seeds.

“Depending on what happens with Duke and North Carolina, one of those teams, or even both could be a number one seed,” Chick said. “I think the four one-seeds are Gonzaga, Duke, North Carolina and Virginia. But, a lot can obviously happen with games tonight and Sunday.”

The NCAA National Championship tournament this season should feature a realm of Canadian talent. Saghir said the clear number one Canadian to look out for is Duke player R.J Barrett, from Mississauga.

“He’s the most polished Canadian player we’ve ever had and he’s a virtual lock for a top-three pick in the draft,” Saghir said.

There are also other Canadians which we should keep an eye out for, according to Saghir.

“I like Luguentz Dort and Nickeil Alexander-Walker as well, but in terms of tourney success, Ignas Brazdeikis has the classic Michigan mold of an overachieving Wolverine,” Saghir said. “He might come out and become the key factor to another Final Four push for Michigan.”

Chick is really hoping that Arizona State finds a way to get into the tournament so we can see more of Dort.

“He’s an exciting player and is probably Arizona State’s best player,” Chick said. “If they can get in the tournament and win the game, that would be pretty fun.”

Every year at the tournament, teams seem to come out of nowhere and destroy everyone’s bracket. Saghir has a feeling that this year’s bracket busters may be Murray State and St. John’s.

Although Chick agrees with Murray State surprising a few teams on the back of Ja Morant, he also believes that Arizona State and Virginia Tech can turn some heads as well.

“Assuming Arizona gets in, they’ve got some ingredients, obviously, with Dort but also their coaching as well,” Chick said. “Virginia Tech, even though they’re a top 20 team, there are not many people expecting them to reach the Final Four. Depending on their seeding and match-ups, they are a team to look out for.”

Saghir believes that the only team that is safe from one of these bracket busters is North Carolina, as he believes they can win it all this year.

“I feel like they’re the only lock to reach the Final Four,” he said.

Chick disagrees and believes that North Carolina’s arch-rival, Duke will be the team that takes it all.

“As long as (Duke forward) Zion (Williamson) is healthy and playing is the key,” Chick says. “If they have a healthy Zion through the tournament, I really think they should go all the way.”